Black Astrology : The Zodiac as a Natural Way of Life...

The signs of the zodiac are twelve in number, and the entire sequence of these signs begins at the time of the vernal equinox (on or about March 20th), when the longitude of the Sun is 0º Aries in the Heavens. Three signs are allotted to each season throughout the year. This system, in contrast to the civil calendar – which arbitrarily designates January 1 as the beginning of the year – uses only astronomical points of time. Therefore the increase and decrease of natural light in the day is inherent, as are the seasonal groups.

The life rhythms of plants, animals and humans are all adjusted to these timings, and one of the most important functions of the calendar is to allow man, the rational animal, to be aware of these changes in rhythm, so as to not only be in tune with his immediate environment, but the entire Universe as well. This is not only true for those who farm or dwell in the rural areas, but also for those who live in the metropolitan areas.

Each sign throughout the year is representative of a pursuit that is integral and natural to that time. Thus in the spring it is obvious that beginnings are the keynote, and hence farmers plant, people become more gregarious and extroverted, and the natural clime is outward. Likewise, in the autumn season the opposite functions are true. The farmers harvest, and the world in general prepares for the introversion and storage functions of the winter season. The signs of the zodiac are anthropomorphic representations of these qualities. For example:

Aries the Ram is aggressive in the spring; Taurus the Bull follows him in the earthly functions of plowing and building; Gemini the Twins corresponds to the ensuing diversification in nature; Cancer the Crab relates to the fecundation and mothering of crops; Leo the Lion to the exteriorization at the peak of the summer season; Virgo the Virgin sees the work of the harvest and the in-gathering of the crops; while the Scales of Libra relates to the quiet aftermath during which storage is put away and preparations are made for the coming winter season. The life cycle is completed in Scorpio, when the earth lies fallow once more, and the bleakness of the winter season begins.

By the time of Sagittarius the Archer nature is in full hibernation, and compensation is made for the more severe lifestyle by a concentration on the inner life – on dreaming and reflection. Capricorn the Goat represents the darkest time of the year, because it creates an extreme introversion and seriousness in man that mirrors the torpidity of organic life; Aquarius the Water Bearer represents the time for the planning of the New Year. The keynote features of this time are the feelings of waiting and expectancy; during the rains of Pisces the Fish the earth begins to swell once more with secret life. It is almost the end, yet not quite the beginning; it is an intermediate state of receptivity to all cosmic forces.

Seen in this way, the cycle of the zodiac signs can be extremely valuable as a guide to the structuring of our lives toward maximum usefulness and complete satisfaction.
A

The zodiac as a calendar:

The concept of the zodiac was originated by the Babylonians certainly before 2000 BC as a method of visualizing the passage of time. The zodiac worked as a symbolic calendar. It was divided into twelve parts as suggested by the appearance of 12 moons in a year. The signs are geometric divisions of the celestial sphere, each corresponding to one twelfth of a year.

The signs of the zodiac - as enumerated by Egyptian astronomer Ptolemy in the 2nd century AD - are the ones we know today. The same names are used for both signs in astrology and for constellations in astronomy, but it's important to make a distinction between signs and constellations. Signs are geometric sections, each 30° wide, corresponding with particular periods of time of the year, but they don't necessarily correspond with the constellations of the same name.

By the time of Ptolemy, the zodiac was already at least 2,000 years old. But together with its burgeoning astrological use the basic function and structure of the "calendar of the zodiac" remained. The sign Aries marks the beginning of the year at the Vernal Equinox. The sign Cancer represents the retreat of the Sun from its farthest northern point at the time of the Summer Solstice. Leo, the symbol of fire, represents summer heat. The scales of Libra signify the balance between day and night at the Autumnal Equinox. The decline of the Sun's power is represented by Scorpio, the symbol of darkness. Aquarius, the water-bearer, represents the rainy season which, in Egypt, meant the yearly flooding of the Nile. The fish of Pisces symbolize the return of life and the resumption of agriculture...
A

The Roman Emperors Julius and Augustus Caesar renamed the fifth and sixth months “Julio” and “Augustus,” which became July and August and the 7th and 8th months when the Gregorian Calendar was adopted in 1582...

Black Astrology : The Zodiac as a Process
5 6 7

Black Astrology : The Calendar and the Zodiac 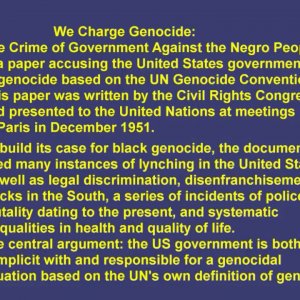