I-khan said:
I appreciate the clarification, I am also reading some works (ie www.nilevalleycivilization.com) that claim to have found migratory patterns that lead from west afruaka to the ta-seti/kmt area and back again over a course of thousands of years.
Click to expand...

This is very true. And DIOP spoke of this as well.

nibs said:
(Music Producer) - The only way for any of us to claim your statement is that we blindly accept that the book is titled “Medw Neter”. Due to my respect of the author of the book I must go with what the author himself who wrote the title not once but twice, “Metu Neter”.

You can argue with the author all you want.

you have seen scanned pages of budge's definition of metu. it's disingenuous for you to pretend your argument has any basis. end of story.

metu neter is a kemetian phrase for their spiritual writings, and not something ra un nefer amen came up with.

you can't get this wrong and claim to know what you are talking about.

you arguing the spelling of translated words. it's a meaningless argument. if the title were written in hieroglyphics, or hieratic or demotic...etc. maybe you would have a basis for this argument. you can't choose the "version" of metu you wish to understand; as it is a translated word.

your argument is beyond stubborn for these reasons.
Click to expand...

Refresh my memory; what is my argument?

This is my first post to this thread.......
http://destee.com/forums/showpost.php?p=445607&postcount=3
How do you contort that as me arguing it to not be of Egyptian origin?

I-khan said:
I appreciate the clarification, I am also reading some works (ie www.nilevalleycivilization.com) that claim to have found migratory patterns that lead from west afruaka to the ta-seti/kmt area and back again over a course of thousands of years.
Click to expand...

If you can somehow find this book you may find it useful.

It was published by the Republic of Ghana in 1979 and is authored by Osafo K. Osei, M.A. and entitled "African Heritage of the Akan".

It speaks to 'the Seven Original Families of the Akan'.

I mention this because "The Akan language is said to be Sudanic in nature."

Of the 12 "principal tribes" of particular is the NZIMA, which has a sub-clan known as the AXIM.

All Languages originated from the "First" language ever spoken by Hue-Mans...that is the "TWI". The TWI is the Absolute Origin of every and all spoken Languages...even unto this very day...are only variasions of the African TWI Language. The TWI people are the "Original" so-called African...that the African them self call the "Ancient-Ones" of whom Menis (little-people) was one of those great ones who during his administration and leadership..."United" all of (Merita) so-called Africa..."Upper and Lower"...Kemet (KMT). Understand...The whole of Africa and the (Tamert) Earth was called Kemet or KMT in ancient times and the small part we know of today (Egypt) was only the Capital of the "World" at that time. Know Thy Self and Know G-d and know how great you really are...African!

Note: when it is said that "We" gave the world Civilization...that is Absolutely true and correct...the europians and every one else knows except the African (some) and African in (most) Amerikkka.
Click to expand...

I did not address this post earlier but will do so now.

Brother Moorfius was right on point and most other discussion/debate has drifted from the original question which I find typically to be the case.

However, according to the Akan, "Twi" along with "Fante" is a subdivision, not the ROOT LANGUAGE.

This speaks again to the Original Seven Families of the Akan and the 12 "principal tribes".

On another issue allow me to share something else if I may.

Many have asserted that "Kemet" and "Nubian" are one and the same and have spoken of a "race" known as the ANU, which we know also is the name of a Sumerian God of the Sky who was the Father of En.Ki.

antu= division or boundary of land
aten= a disk or orb

Take the Sanskrit "Om" or AUM" and we find a relation to the "utterance" AMU.

As I tried to explain earlier, the "Anu" were not a "RACE" but a "CLASS" or "CASTE". They were, in essence, a class of Srribes who were charged with the task of Recording or the "reckoning of Time"

Thus in Sumerian they are equated with the Anu.N.Ki, the "Sons of Anu (The Chief Scribe" who were charged as the Watchers over Time and were also known as the Elohim and the Grigori.

The "aten" defines as a disk or orb, can and was applied to the sun, the moon , Osiris (Sirius), Isis (Sothis, Auset), Horus (Mars) etc. In the earlier period when the Lunar Calendar was in use, the "Aten" was equated with the Moon. To the Mayans it was equated with "venus" and formed the system by which they utilized the Venus Calendar.

Now let me explain how this came to me. Fasting from meat the past four days and meditating. Taking the utterance "OM" which also is AUM then studying and finding the correlation to the AMU.

There are very few references to the AMU in all the texts I have studied and for obvious reason. I will refrain for stating my opinion why this is the case but I do find very interesting how the numbers "7" and "12" in relation to the Original Families and 12 principal tribes is SIMILAR to what has been recorded in the His-Storical accounts of the Hebrew" and the "Egyptian".

I suspect this one to be a lie. When ever the white man finds information that leads to the establishment of greatness or technology no matter where he is or what the image looks like he will automatically deduce the ancient information as being his people or a reference to him………..
http://www.homestead.com/wysinger/teraneter.html

Amu, Aamu, Anu, Ann-u is just to close of a pronunciation for us to simply accept the Hyksos as being Caucasians when the Hyksos are referred to as “Aamu people”.

I think we should look at the original Egyptian name to describe the Hyksos, “hikau khausut”
http://www.touregypt.net/featurestories/hyksos.htm

Log in
Similar threads
Black Poetry : very alert to literary work in the book of EXODUS its complex just to think shook with the holy word, JACOB and his sons went to EGYPT, many extreme k
Black Poetry : he want cake then march after he take the starch out her panties this leads to a conversation that feeds a sexual relation boys have needs grab a word
Black Poetry : Juicy sexual color of dark skin in the head is only one word: Divine. My juicy, sweet, goddess. The figure is like a boom boom cool rap beat bass from
Black People : Global Warning by OldSoul (written in Spoken Word and should be read aloud to oneself and with others)
African American History Culture : Stop Using the N-Word If You're Not Black
Black Poetry : The N word
Black People : Should We Allow the N Word to Be Used Here? Why or Why Not? Vote in the Poll Please.
Black People : New Zealand schoolgirl's spoken-word poem about racism
Niger : In Context Series: Niger: Origins of the Word
Black Poetry : Forget me Knots - Spoken Word Piece on Paper.
Black People Politics : Boyce Watkins boldly calls Omarosa the "B" Word
Black Entertainment : He Got the Right One! Black Woman Chases Down Confederate Flag-Wearing Teen Calling Her the N-Word
Black People Politics : what is wrong with the word 'negro' ???
Black Poetry : A Word to the Turd=Trump
Black People : MEANING OF THE WORD REPTILIAN
Brother AACOOLDRE : Bill Maher's use of the N-word
Black Spirituality Religion : God's Word
Black People : Don Cheadle Alleges Donald Trump Used N-Word
Brother AACOOLDRE : The word Jew: A snake and two triangles
Black Poetry : Time (Spoken word Audio)
Black Christians : The Word "Beast" What does It Mean In Scripture
Black Entertainment : Watch: White Man Gets Stomped Out by Black Woman on the Metro After He Calls Her the N-Word [Video]
Audio Video Web Conferencing : Media: I Refuse To Fail - Nahshon Swanston (Inspirational Spoken Word)
Black People : How great is the power of a word/Struggle or Mission
Black Spirituality Religion : Is the 'Bible' still the word of God?
Science and Technology : The Big Bang blows Atheism Sky High: Even Science May Eventually Catch Up to God’s Word
Black Education / Schools : Phoenix High School Seniors Face the Wrath for Human N-Word Collage; School’s Black Student Union We
Spoken Word : Queens Be Like (Women Appreciation Spoken Word Poem)
Brother AACOOLDRE : Egyptian Trinity in Bible of Word/Light
Black People Politics : D.L. Hughley Blasts Donald Trump: If He Says N-Word, He’ll Be Elected Tomorrow (Video)
Black People : The Ugly, Fascinating History Of The Word 'Racism'
Brother AACOOLDRE : THE N-Word & Obama
Black Spirituality Religion : What does the Word Gentile mean In both the Old and New testament?
Black Poetry : DARK SIDE OF THE EARTH - ANTI-BULLYING SPOKEN WORD POETRY SHORT
Black Women : Sisters, if the B-Word simply means a female dog, why is the word so offensive sometimes?
Black People : THE N-WORD IN THE WHITE HOUSE
Black People Politics : Police Commissioner Calls Obama the N-word
Science and Technology : The Last Word by Andrew M. Mwenda
Black People : TAALAM ACEY - Spoken Word Poetry
Khasm13 : The Manifesto of Ascendancy for the Modern American N-word
Black People : Kanye allegedly hits teenager who called Kim Kardashian a ‘n-word lover’
Black People : What! do ya'll think about this. Talkin about the N word!
Black People : Fifth Year at Visions with Voices spoken Word Poetry and Narrative
Black Sports : CHARLES BARKLEY DEFENDS USE OF N-WORD
Audio Video Web Conferencing : The Watts Prophets - I'll Stop Calling You N-word
Black Poetry : Word Games
Law Forum : Can't use the N-word at work, even if you're black AND the boss!
Black Poetry : Word to the wise younger guy
Black People : The N Word Negus
Black Education / Schools : Black Teacher Fired For Word 'Negro'
Share:
Facebook Twitter Reddit Pinterest Tumblr WhatsApp Email Share Link 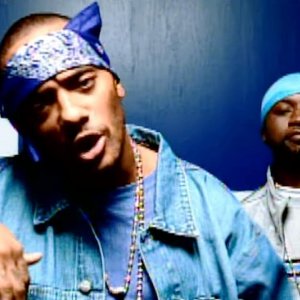