4:27 ...
https://www.washingtonpost.com/podc...term=.b9149cbbdc8e&wpisrc=nl_headlines&wpmm=1
A full year after the King James Bible was printed in 1631, people discovered an error.

One should never ever accept any scripture of any religion blindly without prefect logical analysis of the statements. God is the most genius and He never say anything illogical. If any part is illogical be sure that it is an insertion. Now how to proceed in this very important aspect. The following procedure shall be used to detect illogical statements in any scripture of any religion.


What is scripture? Scripture is defined as the word of God, which is the knowledge given by God for the sake of welfare of humanity. All agree to this. But, to give word, which is preaching of knowledge, God must have mouth and throat. We have established that God is unimaginable because the substance with which God is made and the original form in which God exists are unimaginable.

There is a controversy between Buddha and Hindu tradition in this point. Instead of bringing controversy up and to conclude that Buddha and Hindu tradition differ with each other, it is always better to show the correlation between these two opposing views. The correlation is that God revealed this knowledge called the Veda to the devoted sages and these devoted sages expressed that divine knowledge in their own statements. The composer of knowledge is God and the composer of the statement expressing that knowledge is the devoted sage.

In the angle of God, the Veda is Aparusheya and in the angle of the devoted sage, the Veda is Paurusheya. Both views are correct without any contradiction. But, the meaning of statement is knowledge and this is the most important essence by which alone humanity is benefited. The language acts as a vehicle of communication only and is not so important as the knowledge. The goods in the vehicle is knowledge and the vehicle is the language. Both are necessary. The payment for the transport by vehicle is very little compared to the payment for goods indicating values.

We know that the Reserve Bank will not print a fake note and that God will not say illogical knowledge to sages. A preliminary and final test of each note is essential to find whether the note is genuine or fake. If you get the bundle of notes directly from the press of Reserve Bank, there is no need of test. But, since the notes printed by Reserve Bank have gone in to market facing rotation for a long time, we cannot believe that every note is genuine and should not be tested by analysis. Similarly, we have not received the scripture straight from the devoted sages. The scripture given by God to sages and subsequently delivered by sages did not come to us straight from the mouths of sages. Long time has gone before we received the scripture delivered by sages. In this long time, so many insertions might have entered the scripture.

The printing technology did not exist during this long period so that we can say that the scripture delivered by sages was immediately printed and no insertions could take place. Even if it is orally preserved through recitations from generation to generation, we cannot rule out totally the possibility of insertions. If the scripture is totally genuine without any insertion, it will pass out through the test of analysis like Sita passing out the test of fire.
Why should you fear for the test if it is genuine? After passing through the test of analysis, nobody will dare to say that the scripture is believed blindly by the conservative followers. This unnecessary blame on the scripture as well as on the followers can be avoided by the test. Such test will reinforce the faith in every follower especially in the absence of doubts and blames. Even the scripture like the Gita told by the human incarnations, has equal possibility of insertions and hence analysis was recommended by the Gita itself as the last word. Scripture of no religion is an exception of this concept.


God is omniscient and will never say any illogical or unjust statement. He is certainly beyond the logic, which doesn’t mean that He is on the side of wrong logic.

Whenever a controversial concept appears in the scripture, first we shall try to give a right interpretation for the same verse based on benefit of doubt (This mean that we approach positively in the beginning that this is a genuine verse and then try to interpret it in right direction.). If right interpretation is not possible in any angle, be sure, such verse is an insertion done by ignorant or over intelligent-egoistic-selfish people

Even the Veda (vedaanta vijnaana, sunishchitaarthaah) and the Gita (vimrushyaitat...) say that you shall accept their statements only after doing perfect analysis to get the right conclusion. You must take these statements also as authority if you take the Veda and the Gita as authority. Why is God asking us to analyze His own statements before accepting them? The reason is that God knows very well that in the future some fraud followers of the religion will insert their opinions into the text of the scripture.

The omnipotent God can eliminate the people adulterating the scripture by directly appearing to human beings. He is doing the same by appearing as human incarnation. People are adulterating the scripture with some selfish motives. It is the responsibility of the human being to analyze the scripture and find out the illogical and unjust portions, which are not said by God. God has given very sharp intelligence to the human beings. If the intelligence is not used, it will corrode due to lack of work. God does not want us to follow Him like inert robots because certain insertions are introduced in the scripture in His name.

God allowed the insertions so that we will use our intelligence and analyze to eliminate those insertions. Even the Veda says that we shall analyze the Vedic statements before coming to conclusions. Such exercise of intelligence on the subject gives perfect satisfaction in believing the truth. Arjuna got confirmation that Krishna is God through cosmic vision and was fully ready to do whatever Krishna says. Still, at the end of the Gita, Krishna said that Arjuna must use his intelligence and analyze the entire Gita before following it.

Whether it is religion or science, one can find the truth only through reasoning, which involves sharp and deep analysis. Scripture is also not an exception for such analysis because we cannot be sure whether the scripture is a genuine version or an adulterated version with insertions made by ignorant people in the course of time. During the process of reasoning, we can distinguish between the genuine concepts and the adulterated concepts. Even divine preachers did the same in writing commentaries on the scriptures.

The commentaries varied in their conclusions due to such adulteration of the original text. Due to this reason, we often find mutually contradicting concepts within the same scripture. You should understand the path of these divine preachers, who wrote commentaries on the scriptures. The path is that you should not accept anything without deep and sharp analysis. People, who dislike the questioning of scripture, should answer why there is a difference in the commentaries written on the same scripture.

There is a reason why I explained this concept on the basis of logic. The powerful logic behind the concept itself is the strongest scriptural authority. When such strong logic exists, no separate theoretical quotation from the scripture is needed. If strong logic to support a concept is absent and it is only supported by quoting the scripture, it must be rejected. If it is not logical, it should be treated as some insertion in the scripture. Such inserted wrong concepts should be rejected. There is no need to feel sorry about calling such an insertion in the scripture as an insertion. In fact, knowingly treating a wrong insertion in the scripture to be genuine is very bad. It is said that if you are bitten on your finger by a snake, you should immediately cut off the finger without any foolish attachment towards it or else the poison will spread all over your body and kill you (Aṅgulīvoragakṣatā). A certain concept from a genuine scripture like the Veda or Gita might be accepted by others to be genuine. But if it is proved to be wrong upon analysis, it must be rejected. One must leave foolish and blind attachment towards the scripture in favor of the truth. Logical analysis is greater than the scripture.


Sun, the first student of the God, fell towards North,
Elder scholars praise this as precious time henceforth,
The sense lights become dim, if even precious lives sink,
Hurry, clear all your doubts as loans now and then think.

Black Christians : 20 Everyday Things We All Do That Are Strictly Forbidden By The Bible 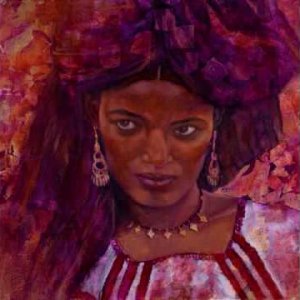