Black People : The Weakness And Hypocrisy Of Black Afrikan Leadership

The Weakness And Hypocrisy Of Black Afrikan Leadership Leading Black Afrikan People Who Pretend To Be Free In America Or Where Else We Are Out Of Afrika As Well As In Afrika.

If You Black Americans "WANT" To Remain In America That Is Your Choice, But Do Not Interfere With My Need To Return To Afrika With Our Enslaved Ancestors Reparation/Repatriation To Become The Next Established State To Be In Afrika!!!

If you were just coming from out of indefinite confinement isolated lockdown and you observe the way Black Afrikans behave in America you would be convinced that the doors of Freedom, Justice, and independence has been opened to Black Afrikans and there is nowhere Black Afrikan Americans rather be than America as we repeat after white folks stating that America is the Greatest Country in the world, ignoring the fact that whatever condition Afrika is in is because Black Afrikans choose to ignore the obligated right we have to our Enslaved Afrikan Ancestors to collect their Brave Earned Reparation/Repatriation from America, yes, our Enslaved Afrikan Ancestors have made it to be possible for Afrikans and Afrika to rise again in Divine Glory.

But oh no, what you have is Black Afrikan people being with a mind been well conditioned to dissociate from Mother Afrika and become with a mind that is totally submissive to the very people who stole our Soul and now those Black Americans wear the soul of our oppressors, which have us worshipping a false God, lost all knowledge of the Black Afrikan self and make no distinction between Life and Living and using Death as an excuse to act a fool in its presence.

Listen Beloved Black Afrikans in America, not by choice, if left alone and you are in possession of our Enslaved Afrikan Ancestors Reparation/Repatriation and in Afrika as the next established State in Afrika with your Black Afrikan Nationalism in performance, don't you know that we can resurrect Afrika And Black Afrikan people to become a Continent second to no standing state in the world making claim to be a civilized society?

We carry the Divine information passed to us by the Godly Cosmic Divine Black Universal Beings, our Universal Ancestors who know what God Is and they lived and acted as the Divine Beings Nature Designed us to be, so we have nothing to be compromising for and about, but yet there are those Black Afrikan Americans who pretend to be so well informed about Jesus and that beloved is what have those Black Afrikans to showcase a weakness of the soul and a weak Black soul is endowed with ignorance of who they are so they can't know what constitute the Greater Good-God, it is the Divine Essence of us all but interferes not with us all, that is the Divine Essence Black Afrikan Americans ignore and replace with God The Father, Son, Holy Ghost, and you mean to share with me that those Black Loving America Afrikans need not to be observed with suspicious.

Beloved, be you not deceived, the Black Afrikans you been observing dancing around over George Floyd at the Memorial and the irrational speaking with praise of George Floyd, those negroes are the enemy to Our Enslaved Ancestors Reparation/Repatriation, which mean that they are the enemies of those of us who have a spiritual connection with Afrika and Divine Beings Afrikan people and the quicker we acknowledge that fact the ready we will be to organize to become a Black Afrikan force to mount any offense in demand of our Enslaved Afrikan Ancestors Reparation/Repatriation, beloved.

A Wise Soul Knows Its Enemy and my God almighty, many are those that look just like you, Black Afrikan Woman And Man!!! 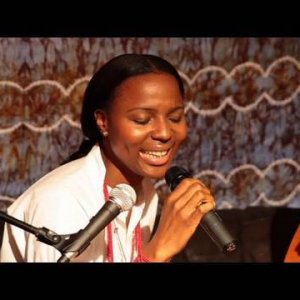