Black People : The Tea party got Theirs/ When do We GET OURS?

Enki said:
I agree,100%. But these are the things we turn our heads to. And money?...you really don't want us to come together,do you?

We did it in the 60s. We must do it again
" ...ultimately, the man you sleep with is a direct reflection of your character. "

exactly, the "chimpanzee" has imitated the human process and will be the "planet of the apes" if we fail to plan but instead plan to fail

Ankhur said:
exactly, the "chimpanzee" has imitated the human process and will be the "planet of the apes" if we fail to plan but instead plan to fail
Click to expand...


I'm not quite getting your point

Ankhur said:
The remake of the original story of Planet of the Apes, illustrates how animals can overthrow the achievemnts of humans, by mimicing their actions in organization ad motivation.


Glenn Beck as the great Chimpanzee,

and the Tea Party with the funds of theKoch brothers, have perfectly mimicked our activites to get LBJ and Washington to move to the left.

Fortified b a lack of oposition of a national nature , during the Bush/ Cheney 8 years;
No Black Movement
No Peace Movement
No Poor Peoples Movement

they have, focused, concenrated ad organized, usng Social Networks
to create a hoodess Klan, that has GOTTEN the ear of the White House
big time

They are Nationaly motivated and focused,
why cant we????

are they in bigger numbers? look at the statistics.
They are a minority, since white liberals and progresives voted for Obama, not McCain

Are they well funded?
Why cant we be as well?, Look at the billions, the Hip Hop moguls, make, combined wth sports stars and theBlack Entrprise billionaires and millionaires,
or even us pooling a minute amount of our one trillion
Click to expand...

They are Nationaly motivated and focused,
why cant we????
Click to expand...

One reason,they don't spend their time wondering who is white and who isn't. We will only line up with a person meets certain idiotic criteria such as having to be raised in the ghetto,cannot have attended a high quality school,cannot be mixed blood,etc. I've asked this same question many times, and have concluded that these same criteria and more seems to always be at the root of the problem. Just look at what is said about Obama and his bloodline. When are we going to get honest with ourselves that we as blacks have a problem with color. This just didn't start when Obama got elected,it started way back when master put one slave above another based on skin tone or their subservient behavior. This has been bread into us on some level whether we like it or not. 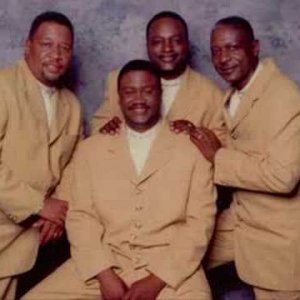