In the streets of New York
Most cats focused on that word called fame
But on the flip side, some in the kitchen
With that bacon soda, water, fire, merged with cain
Stare at the wrong person to long, you can end up gone
Whether or not you’re an enemy
Where most homicide’s happen
Over a mistaken identity
Off duty Black cops get shot by white cops by accident
While the same white cops shoot black people on purpose
Just to board a train in NYC
The Military is now at your service
Now check the way they watch and observe us
Just walking down the street with a bag
Will cause the NYPD to pull over, get out and come search us
Ya know they got that quota to fill
Most cops fat & sloppy, can't run plus over the hill
Shooting a black man will get you stripes
That’s why on the news you see them smiling while standing over their kill
It’s real ill
To see all these mothers crying over their child’s loss
Then when the press interviews these cops on the news
Whatever they say is backed up by their billion dollar boss
Streets covered with so much garbage
You would think you were in England back when King James reigned
Oh, what am I talking about
Cause ain’t a **** thing changed
The youth walk up and down the street
Boppin’ their heads to their favorite hip hop beat
Spend their last $5 on a bag of weed
Then spend the rest of the day begging for some change to eat
Here in the big apple, you have to check for the Adam’s apple
Or find out the apple that you’re rinsin’ off is way too sweet
whoa.........
Here in NY religious minds are unaware
That Christ has been home
He walked right pass them but they didn’t see him
too busy looking down trying to find their favorite ring tone
So me & a couple of my peeps hop in the Navigator, head down the FDR Drive
Cross the Brooklyn Bridge to get some of Junior’s Cheesecake
Don’t act like you don’t know
Junior’s known in almost each state
you can find me in the Bronx, Queens, Staten Island or Manhattan
But since I'm here in Brooklyn
Let me holla at Da Street S’oulja and see what’s happenin’…………..
Info – Mo © 2007

300,000 people in a 3 block radius
Remnants of Do or Die Bed Stuy I survived the craziness
Life of every black man is so similar would you consider me a plagiarist
God kicks me down to help me up but I’m not considering being an atheist

Been shot at six times and stab twice they are my Brooklyn scares
But life is dangerous for black people everywhere, I don’t care WHERE YOU ARE
Philly, Newark , Chicago , LA , hoods so close but yet so far
And we all know the sounds of gunshots and the siren of police cars

Life and death in Brooklyn is just like where you are it’s all the same
Just it’s bigger in NY 10 million stories fall victim to the game
110 stories high don’t look up when the concrete starts to rain
Where:
You are anonymous in life and sudden death brings fame

Whoa, where to begin? This is a wonderful example of two great styles meshing so well together. What both of you have given us, through your vivid descriptions and intricate wordplay, was a gritty taste of New York. Superb brotha poets, superbly posed.

o' yes this was awesomely done y'all cross up da big Apple street life
Poetic flow, Poetry of a poet! Be a Premium member today and enjoy all the fruits .
S

very well scripted info and Soulja being a BX native I can relate I loved the realness and vividness of this piece as a whole
flow on!

now thas the real 2 real right there....
ya'll both broke some atoms on this piece right chere...major props poets... 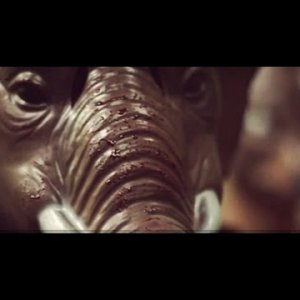