Black Astrology : The Story of Samsun & Delilah is astronomical too

The Essence taught by allegory. So surface information was a concealment of other hidden things. For example: The sun was symbolized as having long golden hairs (sun rays) which got shorter as he lost his power in the months of autumn. Now look again at the old testament story of Samon-Sam-sun. He was incredibly strong and had long hair, but he lost his power when his hair was cut. The problems started when he entered the house of Delilah-the astrological house of Virgo, the Virgin, through which the sun passes as autumn. There was no real Samson it was allegorical just like Esau. Jesus in the same way his death connected to the sun becoming dark in Luke 23:44-46 Jesus rebirth is at Easter, the equinox, a time when Jesus (the sun) triumphs over darkness-the time of year when there is more light than darkness every day. The world is restored by the power of the sun in the time of rebirth and spring equinox was one of the most sacred Egyptian events.

In the Egyptian Book of the dead By E.A Wallis Budge p285; written before Moses came to be, it’s written:
“I, Osiris, Ani the scribe, triumphant, have filled up for thee the utchat after it was darkened on the day of the combat of the two fighters.
What then is this? It is the day on which Horus fought with Set (Samsun Philistine?), who cast filth in the face of Horus, and when Horus destroyed the powers of Set. Thoth/Hermes did this with his own hand.
I lift the hair [cloud/water]when there are storms in the sky.
What then is this ? It is the right eye of Ra, which raged against [Set] when he sent it forth. Thoth raiseth up the hair [cloud/nun/water], and bringeth the eye [sun] alive, and whole, and sound, and without defect to its lord. It is the eye [sun] of Ra when it is sick and when it weepeth for its fellow eye; then Thoth [Hermes] standeth up to cleanse it”.
I believe this was the inspiration and foundation for the Samsun and Delilah myth. Like Ra Samsun eyes were put out; and both powers were restored by hair. Incidently doctors prescription is Rx which is symbolic of the eye. The eye serves at least two symbolic meaning of healing and knowledge. Now wonder Jesus said in Revelations 22 that his leaves/books were a healing for nations.
Now Josephus in The Antiquities of the Jews Book 4:Chapter 4 touches on some Nazirite practices. Interesting Samsun is a Nazarite along with Jesus. Josesphus states: “I mean those that are called Nazirites that suffer their hair to grow long, and use no wine, when they consecrate their hair, and offer it for a sacrifice, they are to allot that hair for the priests [to be thrown into the fire}”.Jeremiah 7:29 talks about cutting off hair due to peoples sins.
Now lets look into the Deliah and Samsun Egyptian myth.

I forgot to mention:

The Christians copied the above quote from Egyptian texts when they said “[Jesus] his head and hair were white like wool, as white as snow, and his eyes were like blazing fire” Revelations 1:14. Simply pure Egyptians concepts of having hair of clouds and the sun/fire as eyes. The Egyptians said it first so the Christians stole it.
Plutarch also explains the myth of the death of the eye which was recorded in the book of the dead in 1400BC “The Egyptians, Typhon (Satan) at one times smites the eye of Horus, and at another time snatches it out and swallows it, and then later gives it back again to the sun. By the smiting, they refer allegorically to the monthly waning of the moon, and by the crippling, to its eclipse, which the sun heals by shining straight upon it as soon as it has escaped the shadow (Hair/Cloud) of the earth”. This proves to me that Jesus, Samsun were allegorical astronomical figures.

The caduceus (2 serpents on a eagle winged stick) is one of the most ancient of symbols. This was originally the symbol for the Sirian-Anunnaki Creator God, Enki. The Savior God of Noah (Utnapishtim). The symbolism in the caduceus reflects the Kabbalah Tree of Life.
It has been theorized, this symbol was derived from sightings of eagles carrying away poisonous snakes in its beak. Thus the caduceus, a symbol for healing, represents God (in the form of an eagle) carrying away and disposing of the poison of disease (in the form of a snake). This is what I see in the caduceus, ankh, and cross:The sun rising over a river. The banks meander, snake like. Perhaps it is from this very natural inspiration we get the caduceus/ankh/cross as the universal symbol of God, the river of LIFE.
Ankh --> Enki
"In art Enki (Ankh) is represented as a seated God with long beard, wearing a cap with many horns and a long, pleated robe. Streams of water flow from his arms to the ground, sometimes with little fish swimming along the flow. Enki was God of the subterranean freshwater ocean (abju),

woah!! u had me all into it tooo.
tell da whole story .....
Poetic flow, Poetry of a poet! Be a Premium member today and enjoy all the fruits . 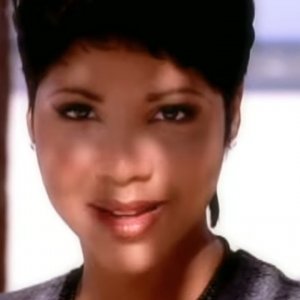