"So many looking for god, but end up settling for religion instead" Plug One of De la Soul

Police arrest suspected
'al-Shabaab' terror cell
'We have arrested six people with links to the
Al-Shabaab terrorist cells in these areas,' SAYS
Kenya’s Police Commissioner Mathew Iteere
SPECIAL REPORT BY XINHUA CORRESPONDENTS
Chrispinus Omar, Peter Mutai and Stephen Ingati
.​
NAIROBI (Xinhua) --Six suspects linked to active terrorist cells in Nairobi and Mombasa have been arrested in a foiled plan to launch a terrorist attack in the two cities over the festive period, the police chief said here on Friday.

"I am aware there were (terrorist) threats to Mombasa and Nairobi.
"We have arrested six people with links to the Al-Shabaab terrorist cells in these areas," Kenya’s Police Commissioner Mathew Iteere told journalists after visiting hospitalised police officers wounded on the battlefront.​
Iteere has called on Kenyans to be extra vigilant during the festive season as the country’s defense forces engage members of the Al-Shabaab militants blamed for a series of abductions on the Kenyan soil.

The police chief said his department has put in place elaborate measures to deter acts of criminality and urged bars, restaurants and hotels owners to screen revelers visiting their precincts.

He also called on motorists to be diligent as they ferry Kenyans to various destination across the country to prevent road carnage.


Speaking at a separate news conference, Nairobi Provincial Commissioner Njoroge Ndirangu has assured residents of enhanced security during this festive season.​
Ndirangu said that security in the city has been tightened in the wake of the security threats posed in the country by organized gangs and the Somalia-based Al-Shabaab militia.


"I would like to thank all the Nairobi residents for their continued cooperation and support to the security agencies by providing vital information which has led to reduced occurrences of serious crime within the city centre and environs," Njoroge told journalists in Nairobi.​
Ndirangu cautioned motorists and public service vehicle operators against careless driving so as to reduce road carnage, noting that 42 people lost their lives in Nairobi alone in the last one month.

Ndirangu said that the deaths resulted from 42 fatal accidents out of a total of 219 accidents reported to the traffic department.

He directed all liquor outlets to adhere to the Alcoholic Drinks Control Act 2010, saying those who will flout the law will be arrested and prosecuted.

Ndirangu also warned the public against lighting fireworks during these festivities since criminals may take advantage of the sound from the fireworks to commit crimes.


Speaking earlier, Iteere gave little hints about the details of the terrorist plans to attack the tourist havens in Mombasa and shopping malls in Nairobi.
The Police chief said the police were on high alert for any potential threats.
It was also not immediately clear if the arrests were linked to a plot by the Al-Shabaab to target Kenyan Defense Minister Yussuf Haji and Deputy Speaker Farah Maalim.​
Somali rebels have targeted the Kenyan security forces on patrol in the northeastern region of Garissa with improvised explosive devices.

omowalejabali said:
Four years later, folks have come and gone, a new cast has arrived, so where are we at now and where do we go from here in 2012?
Click to expand...

Unfortunately, I saw this coming. A conservative website Daily KOS has been on the Obama campaign for some time now, circulating the picture of Obama in Somali attire and trying to brand him as a racist, Muslim extremist and anti-semite. They will now have leverage to have him renounce his home church in Chicago.

I know some will continue with the "Illuminati" conspiracy theories against Obama and it seems that the attacks are coming from all sides.

As I have said repeatedly, the worst is yet to come.

We need to come together, the best we can, because the one thing the democratic party is most resistant to is us addressing the reality of liberal white racism (i'm not speaking of white supremacy ingeneral, but how it specifically manifest as a political ideology of domination and hegemony), and as they back Obama into a corner, John McCain will use this as an opportunity to sweep into office.

The Dixiecrats have done us again.
Click to expand...

So, four years later, it's clear to me that the move to distance himself from Minister Farrakhan was an attempt to disassociate from from Scientologist, Ufologist, Black Killuminati and embracing his White Brotherhood. 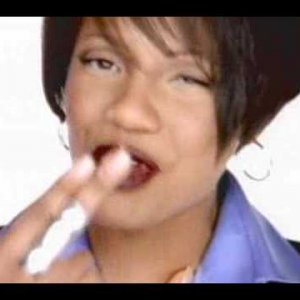