THE SLAVE TRADE: And its after Cause-EffectsBy Andre Austin


“For those who kill their fathers or mothers, for murderers, for adulterers and perverts, for Slave Traders and liars and perjurers” (1 Timothy 1:9-10). Nobody followed this advice between 1619-1865.

When it comes to economics the white man will lose his religion every-time. Or he will compartmentalize sections of the Gospels that condone slavery and highlight verses like Titus 2:9 and Romans 13:1. They wanted us to remain ignorant and childlike because a child was no different than a slave (Galatians 4:1).

The constitution was written in 1789 and had a provision of stopping the importation of slaves by year 1808. However, the slave rebellion of Toussaint in 1791 influenced the Quakers and abolitionist and others to get legislatures to restrict free Negroes and importation of slaves from Africa before 1808 see The Suppression of the African Slave-Trade to the USA, 1638-1870 Chapter VII By W.E.B Dubois. Whites feared being outnumbered by blacks. By analogy this suppression of immigration is to be seen in 2015 in trade unions that don’t minds blacks in the business but not too many blacks. This goes the same for the other professions out there.

The Catholics who controlled the Maryland Colony in 1638 set the stage for black slavery in America by their first public edit that excluded blacks from economic benefits and cast them into chattel slavery because they had no souls. The dominos of European slavery started with the Catholics falling to it first. Setting the stage for a Pope’s public apology in the early 1990’s with no reparations following the collective sin with its lingering Cause-effects like a plague or cancer contaminating the atmosphere. Yes they got the ball rolling.

Only 4 out of 100 slaves lived to reach age 60. With the ban on importation of slaves the rise of the stud emerged from the plantation for the purpose of:

1. Taking wild Jet-black slaves from Africa and producing a hybrid, domesticated Mulatto or regular offspring. A concept that can be seen in Chapter 11 of Romans.

2. Suppression of militant blacks by public torture of tearing their limbs apart by attaching them to horses going in opposite directions. The opposite of torture was use of rewards and privileges of snitches. In 2015 the punishment is prison, wage and debt slavery to converting militants like Ice Cube & Ice T who sang anti-police songs in the early 1990’s to branching them into Hollywood police officers/detectives. In NT literature this was done with militant Jews who opposed Rome were then spoofed and satirized as pacifists in the Gospels.

4. Catholics bragged that during slavery they kept slave families intact. This benefited the master and slave production and reproducing and used as a tool to prevent runaways.

Shortly after tricky Dick-Nixon election to the White House in 1968 his domestic advisor Daniel Moynihan sent out a memo to signal that the federal government was ready to use its powers to put blacks back “in their place” by blaming them , not racism, for the breakdown of the black community by benign neglect and racial rhetoric fades. The Ghetto would gradually disappear in Hollywood with the blowing up and promotion of sitcoms like The Cosby Show and The Fresh Prince of bel-Air making a mockery and invisibility of the reality of the wretched black poor.

Meanwhile, politicians of the GOP creed have turned the destruction of the Black Family into a gospel of self-destruction that their hands are as clean from it as the deceitful and scheming Pilate. Every opportunity the GOP takes to maintain the status-quota of the fallen black family “in their place” because subconsciously through centuries of cause-effect of slavery they have not repented from their ancestors errors. So I end with a Question. What are the causes of the economic ladder falling down like manna from the sky to the Ghetto? :

A. God’s destiny with the curse of Ham

Answer: C is the correct answer. 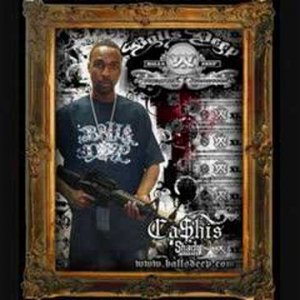