Black Muslims : The secrets and benefits in the month of mercy

- Jewish: Yom Kippur ("Day of Atonement") is the last of the Ten Days of Repentance observed on the 10th of Tishri.
- On that day, it is forbidden to eat, drink, wash, wear leather, or have sexual relations. In addition, prohibitions on labor similar to those on the Sabbath are in force.[3]
- It should also be noted that Moses (peace be upon him) is recorded in the Torah to have fasted:
- "And he was there with the Lord 40 days and 40 nights, he neither ate bread not drank water." (Exodus 34:28)
-
- Christian For Catholics Christians, Lent is the major season of fasting, imitative of the forty-day fast of Jesus (peace be upon him).
- In the fourth century it was observed as six weeks of fasting before Easter or before Holy Week. It was adjusted to forty days of actual fasting in most places in the seventh century.[4]
-
- Jesus (peace be upon him) is recorded in the Gospels to have fasted like Moses. "And he fasted 40 days and 40 nights, and afterward he was hungry." (Matthew 4:2 & Luke 4:2)
-
- It is in this context God states in the Quran:
-
- "O believers! Fasting has been prescribed for you as it was prescribed for those before you in order that you become more conscious of God."
- [Noble Quran 2:183]
-
- Righteous Deeds Among the Best Righteous Deeds
-
- Although in most religions, fasting is for expiation of sin or atonement for sin, in Islam it is primarily to bring one closer to God, as stated in the above-mentioned verse.
-
- Since, God-consciousness is the prerequisite for righteousness, great stress is placed on fasting in Islam.
-
- Therefore, it is not surprising to find that when Prophet Muhammad (peace be upon him) was asked "Which is the best deed?" He replied, "Fasting, for there is nothing equal to it."
-
- - Fasting makes us deeply conscious of the pangs of hunger and discomfort suffered by the less fortunate among our brethren, who may have to put up with such stringent conditions all through their lives it thus enkindles in man a spirit of SACRIFICE leading to CHARITY towards his suffering brethren.
-
- Ramadan is a month of fasting and prayers for the Muslims. The fast consists of total abstinence from food and drink from dawn to dusk. There is, however, a greater significance to fasts than mere abstinence from eating and drinking. The real objective of fasts is to inculcate in man the spirit of abstinence from sins and of cultivation of virtue. Thus the Qur'an declares that the fasts have been prescribed with a view to developing piety in man
\
,
Lots and lots of non-Muslims who wants to learn rituals of Ramadan for Muslims
And sends thanks and gratitude to that information

- One of the marvelous facts is that eating dates organize functions of the liver and helps to getting rid of poisons. When a person breaks the fasting by eating dates it considered to be the best natural medicine to maintain the liver from the accumulated poisons. Also the researchers confirm that eating dates continually prevents from liver diseases. Now we understand why the prophet peace be upon him used to break his fasting by dates and also he used to eat dates every morning!!!

- Many scientific studies showed that fasting is a free way to renew and activate cells of the body as the fasting doubles the life of these cells! Hence the scientists confirm that there is a direct relation between fasting and the long life and good health. Fasting is the best way to clean the cells which delays aging.

There are other special features in Ramadan.
The Last Ten Nights
1. “Indeed we have revealed it (the Quran) in the Honored Night.
2. And what will explain to you what the Honored Night is?
3. The Honored Night is better than a thousand months.
4. In it, the angels descend as well as the Spirit (Gabriel) by the permission of their Lord, with all types of decrees.
5. ‘Peace’ it is until the rising of dawn. ” (Quran:97:1-5)

It was Ramadan in which the Quran was revealed from the heavens to the Earth. More specifically, it was one of the last ten nights of this blessed month. The Prophet said:
“Seek the Honored Night in the last ten. ” (Saheeh Al-Bukhari)
On that night, worship and good deeds are better than performing them for a thousand months, as mentioned in the verses above. Thus the Prophet would increase his worship by staying awake the whole night in worship.


“When he entered the [last] ten [nights] of Ramadan, the Prophet would ‘rollup his sleeves’ and give life to the whole night, and waken his family. ” (Saheeh Al-Bukhari)
Muslims in Ramadan seek this Honored Night in order that they may be given an increase in reward. Muslims spend the whole night in worship, from praying the taraweeh prayer to reading the Quran, supplicating to God, and praying extra voluntary prayers. During these nights, there is even an extra

congregational prayer held in the mosques which lasts for about an hour and a half to two hours up until the time of the predawn meal. Nights are alive with worship, and people for these ten nights expend all efforts in doing so, seeking that they may have spent the Honored Night in the worship of God. The Prophet said:
“Whoever stood in prayer in the Honored Night, believing in God and hoping for His reward, all his previous sins will be forgiven. ” (Saheeh Al-Bukhari)
Ramadan is a month of forgiveness, and people hope that they will people from those who are saved from the Fire:
“God chooses who will be saved from the Fire (in Ramadan), and that is every night. ” (Al-Tirmidhi)
For this reason in Ramadan, people fast, pray, and seek the Honored Night in order that they may be forgiven for their shortcomings and enter Paradise.

What if this is my last Ramadan? - Dr. Tawfique Chowdhury

A
Black Muslims : Some Benefits of Islam 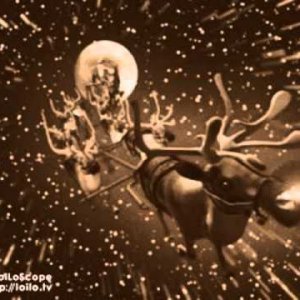