Black Muslims : The secrets and benefits in the month of mercy

- Dear beloved, fasting is not just a worship …it is a treatment and healing for many diseases …it is a renewal method for our body cells and the activityof the entire body…as a result it is to renew our entire life and when we realize benefits offasting we really touch its sweetness, Allah Almighty says: (O you who believe! Observing As-Saum (the fasting) is prescribed for you as it was prescribed for those before you, that you may become Al-Muttaqun) {Sûrat Al-Baqarah-The Cow-verse 183 }.

- The scientists confirm that the best cure for the accumulation of poisons in the body is the fasting because it helps in cleaning the cells from these poisons ,prophet Mohamed peace be upon him says :” fasting is a protection” {narrated by Muslim}. Indeed it is a protection from many diseases by increasing the activity of our cells.

- Physicians assure that fasting activates our immune system …as the resistance of the body increases against all diseases. The immune system is a group of soldiers who guards the body from many viruses and harmful bacteria. Hence fasting is an effective weapon to help the body to defend itself.

- A medical fact: fasting is a main reason behind the long life!!!! Many non-Muslims had authored many books about the different benefits of fasting and they concluded that frequent fasting people lives longer than those who don’t fast!! Glory to Allah Almighty who prescribed the fasting for us as He Almighty says: (O you who believe! Observing As-Saum (the fasting) is prescribed for you as it was prescribed for those before you, that you may become Al-Muttaqun){Sûrat Al-Baqarah-The Cow-verse 183 }.


- Many scientific studies confirm that the best food for fasting people is “dates” with water because it contains all needed vitamins, sugars and minerals, hence the prophet says in the prophetic hadith ”when you break your fasting eat dates and if you don’t have dates drink water”{narrated by Abu- Dawood}.


Ramadan is the name of the ninth month of the lunar
calendar
Ramadan is a very special month for the Muslims, as in it Muslims around the world perform various types of worship, the most important of them being fasting. This fasting of Ramadan is one of the five pillars of Islam, mandatory upon all adolescents and adults who have the ability. Ramadan is also the month in which the first revelation came to the Prophet Muhammad, and thus is called the “Month of the Quran”. During this month, there is a noticeable change in people’s lives as well as societies. This article will describe a typical day of a Muslim during this month of forgiveness.

Recent studies confirm that the ideal time to stop the smoking habit is the holy month of Ramadan!! Because fasting cleans the cells from the poisons of the tobacco , so Ramadan helps smokers to give up smoking as long as they sincerely supplicates Allah Almighty to support them to do that …it is amazing to know that non- Muslims are using fasting to cure smokers from smoking, what about us as Muslims?

- Many scientific studies say that praying helps in the healing from many diseases such as back pains and joints pains. Also the submissiveness during praying has a strange power in curing many chronic diseases especially during fasting. Allah Almighty says: (And that you fast, it is better for you if only you know){Sûrat Al-Baqarah-The Cow-verse 184}.


Dr Zakir Naik, his talk on various types of fasting on islam. youtube

- Recent scientists suggest fasting as a new method to treat obesity because the fasting helps in dissolving fats and organizing the hormones to get a perfect body, the medical fact says: fasting is the easiest way to treat obesity.

- The scientists say that fasting increases the power ofour brain!! As fasting increases the ability for creation! And is considered to be the best way to activate the cells of the brain to reprogram it, increase its ability and the self-healing. Therefore Allah Almighty says: (And that you fast, it is better for you if only you know) {Sûrat Al-Baqarah- The Cow-verse 184}.

- A medical fact says that fasting reprograms our cells!!Many researchers had noticed many radical changes inside the systems of the body of the fasting people. It includes the physiological and psychological side. The frequent fasting breaks down the growth of tumor cells, and many scientists confirm that fasting for long times enhances the performance of the entire body which decreases the probability to be infected by cancer.

- The scientists confirm that fasting helps in weight reducing, getting rid of the poisons, reduce pain and inflammation and increasing the concentration. Also, fasting is a kind of food saving and one of its greatest benefits is that the fasting people are satisfied because they feel that they played a main role to enhance their health, Allah Almighty summarized all of the previous in just a few words as He says: (And that you fast, it is better for you if only you know) {Sûrat Al-Baqarah- The Cow-verse 184}.

Fasting is an effective method to protect us from the psychological disorders and there are many studies to confirm that the fasting helps in treating depression and to calm down hyperactive positions in the brain where usual and chemical drugs fails to treat these chronic psychological disorders. Don’t we get benefits of this great worship?

- A medical fact says: ”fasting renews the blood cells” from the first moment of fasting cells start to renew itself especially the blood cells and the lazy cells starts to work effectively. The scientists say that fasting is a continuous maintenance and cleaning operation for the entire body as the body needs that kind of maintenance once a year! This is the holy month of Ramadan. Glory to Allah Almighty who orders us to perform this great worship.

- The scientists say that fasting cures more than one hundred disease! Such as high blood pressure, diabetic, chronic asthma, respiratory diseases, heart diseases, Arteriosclerosis‏, many liver diseases and skin diseases such as allergy and the chronic eczema.


in islam fasting What happens to your body

Every Muslim who is adult and in possession of his faculties must fast Ramadan. They are exempted, however, in the following cases:

1. Women in menstruation, or in child-birth bleeding.
2. Persons on sick bed, or on a journey.

The Qur'an requires Muslims to fast during the month of Ramadan from sunrise to sunset.

However, there are exceptions to this. One of them is that people who are ill or have medical conditions do not have to fast. This includes people with diabetes.

said
\\
As more than a billion Muslims begin the observation this week of the holy month of Ramadan, Wael Mousfar will be among them. Mousfar, 62, is a Type 2 diabetic, so marking the holy month with the customary fasting during daylight can play havoc with his blood sugar and insulin levels. But Mousfar said he’s not worried.
“I will be fasting for sure,” he told ABC News. “I’ve been doing it all my all life. I would not stop during Ramadan, the fast.”
Mousfar, of New York City, has been a diabetic for over 20 years, but said his diabetes hasn’t stopped him from observing Ramadan.“I really look at fasting as spiritual,” Mousfar said. “It’s body and soul work together.

A
Black Muslims : Some Benefits of Islam 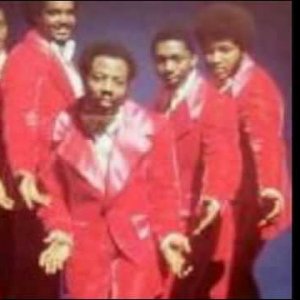