The Gospel of John records an episode that does not appear in the other Gospels, the meeting with a Samaritan woman by a well. This account is a satire of yet another Roman battle recorded in War of The Jews. Though this battle took place before Titus began his campaign at the sea of Galilee, the authors of the Gospels wished to make a comment about it. They therefore needed-in order to keep Jesus’ ministry and Titus’ campaign sequential-to identify it as having occurred before Jesus’ ministry began. They achieved this by having Jesus note that “My hour has not come” (John 7:6). In other words , that the event took place before Jesus had officially started his ministry in Judea.

At Mount Gerizzim, the Gospel of John provides an account which Jesus describes himself as “Living water”. As I have stated, Jesus’ self-designations are all darkly comic when juxtaposed with events from the war with Rome that occurred at the same location.

7 When a Samaritan woman came to draw water, Jesus said to her, “Will you give me a drink?” 8 (His disciples had gone into the town to buy food.)

10 Jesus answered her, “If you knew the gift of God and who it is that asks you for a drink, you would have asked him and he would have given you living water.”

11 “Sir,” the woman said, “you have nothing to draw with and the well is deep. Where can you get this living water? 12 Are you greater than our father Jacob, who gave us the well and drank from it himself, as did also his sons and his livestock?”

15 The woman said to him, “Sir, give me this water so that I won’t get thirsty and have to keep coming here to draw water.”

Jesus said to her, “You are right when you say you have no husband. 18 The fact is, you have had five husbands, and the man you now have is not your husband. What you have just said is quite true.”

19 “Sir,” the woman said, “I can see that you are a prophet. 20 Our ancestors worshiped on this mountain, but you Jews claim that the place where we must worship is in Jerusalem.”

21 “Woman,” Jesus replied, “believe me, a time is coming when you will worship the Father neither on this mountain nor in Jerusalem.


The New Testament symbolism that established Jesus as “Living bread” was based on the famine that resulted from the siege of Jerusalem. The following passage from Josephus is the basis for the irony inherent in Jesus referring to himself as “Living water”, which is based on the lack of water at Gerizzim (sacred mountain to Samaritans) during the Roman siege.

Nor did the Samaritans escape their share of misfortunes at this time; for they assembled themselves together upon file mountain called Gerizzim, which is with them a holy mountain, and there they remained; which collection of theirs, as well as the courageous minds they showed, could not but threaten somewhat of war; nor were they rendered wiser by the miseries that had come upon their neighboring cities. They also, notwithstanding the great success the Romans had, marched on in an unreasonable manner, depending on their own weakness, and were disposed for any tumult upon its first appearance. Vespasian therefore thought it best to prevent their motions, and to cut off the foundation of their attempts. For although all Samaria had ever garrisons settled among them, yet did the number of those that were come to Mount Gerizzim, and their conspiracy together, give ground for fear what they would be at; he therefore sent I thither Cerealis, the commander of the fifth legion, with six hundred horsemen, and three thousand footmen, who did not think it safe to go up to the mountain, and give them battle, because many of the enemy were on the higher part of the ground; so he encompassed all the lower part of the mountain with his army, and watched them all that day. Now it happened that the Samaritans, who were now destitute of water, were inflamed with a violent heat. (War of the Jews 3, 7 307-313)

The passage above from Josephus contains the only mention of Mount Gerizzim in War of the Jews . The only mention of Mount Gerizzim in the New Testament is in the passage I quoted where Jesus meets the Samaritian woman. It is also the only time Jesus refers to himself as “Living water”. Because in the same passage Jesus foresees the dual destruction of Jerusalem and Gerizzim, a singular event in history, we can be sure of the linkage between this prophecy and the coming war with Rome. In other words, when jesus says “The time is coming when neither on this mountain nor in Jerusalem will you worship the father…”He is clearly referring to the “time” of their mutual destruction. The only time when both cities were simultaneously destroyed was during the war with Rome. Therefore, we are logically on solid ground to understand that Jesus vision on Mount Gerizzim is related to the coming war with Rome.

If we accept the premise that Jesus prophecies regarding gerizzim and Jerusalem are related to their destruction in the war with Rome, his claim to be “Living water” for the inhabitants of Gerizzim can be understood as foreseeing their lack of water during the Roman siege. Such self-designation by Jesus, in this context, may seem innocent enough. However, if we accept that Jesus description of himself as “Living water” is related to the Samaritans dying of thirst on Mount Gerizzim, this verifies my premise regarding Jesus claim to be “Living bread” (John chapter 6=bread=Manna=Mushroom=Penis)-that is, that it relates to the practice of cannibalism (of starving Mary etal) during the siege of Jerusalem.

Consider how someone living in the Flavian Caesar court in 80Ad would have reacted to comic writings of Jesus choosing Mount Gerizzim as the place to describe himself as “Living water”. Clearly, such an individual, knowning that the Jewish rebels died of thirst on mount Gerizzim, would have found jesus self-designination “Living water” on Gerizzim scornfully humorous.
You must log in or register to reply here.
Similar threads
Law Forum : Good Samaritan Or Murderous vigilante? You Decide.
Black Positive People : Good Samaritan says 911 operator debated him instead of quickly sending help for carjacking
Black People : The Good Samaritan; A study of Cuba
Black Poetry : the good samaritan
Law Forum : The woman behind 'Roe vs. Wade' didn't change her mind on abortion. She was paid
Black People : The Black Afrikan Woman Goddess
Black People : If It Ain't About Your Freedom It Ain't About You, Black Woman And Man!!!
Law Forum : New York woman was shackled to bed during childbirth, lawsuit says
Ghana : This woman is changing transportation in Ghana with bikes made from plants
Black Women : Black woman checks shamers who criticized her for having large family: 'I am a married, ADULT!'
Black People : A Man Can DO... one wrong * So say, * ... A Woman Can DO... All that is GOOD and RIGHT !
Black People : “I Can Never Understand A Broke Woman That Want A Chanel Bag As A Gift” – Meek Mill
Beauty - Hair Care - Fashion : Meet the woman who beat Kendall, Gigi, Bella and Kaia for Model of the Year
Science and Technology : Every person alive today descended from a woman who lived in modern-day Botswana about 200,000 years ago, a new study finds
Black Entertainment : Again, Cardi B Responds To People Questioning Her Race And Ethnicity - ""How Do You Act Like A Black Woman?"
Black People : It Compromise Not, The Divine Truth I Share With You, Black Woman And Man!!!
Black People : White Woman Identified After Being Filmed Saying She Wants To Kill N******
Black People : What is Black Woman Feminism vs White Woman Feminism?
Law Forum : Police bodycam footage of woman, 65, resisting arrest sparks outrage: 'If she was black she would've been shot'
Black Entertainment : 007 will be a black woman in new James Bond movie: report
Black Positive People : A Black Woman who was given three days to live at birth graduates from college
Black People : Officer fatally shoots black woman in Bay Town, Texas
Black Positive People : Lady luck: Virginia woman wins Pick 4 lottery 30 times in one day
Black People : Black Woman You Need To Hear!!!!
Black Positive People : 22-year-old woman makes history with college football scholarship: 'Be so good they can't ignore you
Black People Politics : A Black Woman will make History this year, as Mayor of Chicago
Black Positive People : A newspaper editor urged the KKK to ‘ride again.’ A black woman is taking his place
Black Positive People : Lauren Underwood Makes History As Youngest Black Woman To Serve In Congress
Black People : Black Woman Gives White Attacker More Than He Bargained For
Black People Politics : Opening The Black Woman's Time Capsule
Black People Politics : ▶Speaking of Black Women◀In Quest of African American Political Woman
Black People : White Woman Blocks Black Man from Entering His Apartment
The Front Porch : Why Is the African (Black) Woman the Only Hope for Humanities Survival?
Black Relationships : Never dated a Black Man or Woman?
Black People : How To Love a Black Woman
Black Sports : Marc Gasol part of Mediterranean rescue effort to save shipwrecked migrant woman fleeing Africa
Black Spirituality Religion : what scriptures in the Old Testament would you recommend on understanding the nature of a woman?
African American History Culture : Thomas Jefferson Owned Hundreds of Slaves—Now a Black Woman Will Run His Foundation
Black Entertainment : He Got the Right One! Black Woman Chases Down Confederate Flag-Wearing Teen Calling Her the N-Word
Black Positive People : Instead of shaming them, this black woman stepped up and helped 2 black boys about to break the law
Black Poetry : A Proud Woman
Black People : Woman who went on rant against Jewish man has one regret
Black Positive People : black woman flight crew....
Science and Technology : Woman killed by self-driving Uber car identified, as company suspends testing
Black Short Stories : A woman ought to know her Place!
African American History Culture : A Black Woman’s Battle to Tell the Truth About Nat Turner: Witness and Testimony
Black People : The most important black woman sculptor of the 20th century
Beauty - Hair Care - Fashion : God is a Black Woman and Her Name is Viola Davis
Black Positive People : Grateful woman gives her stepfather the greatest Christmas gift he could ask for
Black Positive People : Maame Biney becomes first black woman to qualify for U.S. Olympic speedskating team
Share:
Facebook Twitter Reddit Pinterest Tumblr WhatsApp Email Link 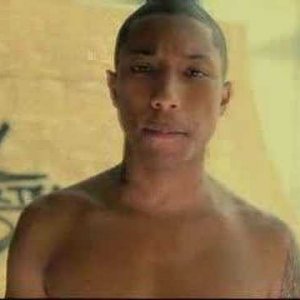