Fine1952 said:
As a "Very Knowledgeable" Elder, the use of the word "******" by a colonizer will never offend me again. ?Why so? Because Eye know the etymology of the word and because Eye know the etymoogy of the word the colonizer can no longer make me feel small or dirty.....! Therefore, as. a melaninated person you too should think into the same reality.
In truth and fact the word in its many deviations and vernaculars means: "Connected To The Gods".
Source:

BECAUSE THE WORD MEANS "...CONNECTED TO THE GODS..."

EYE WILL NEVER BE OFFENDED ABOUT HAVING THE UNIQUE CHARACTERISTIC OF BEING CONNECTED TO THE GODS.

EYE WILL BEAT DOWN ANY DEVILISH NON-BLACK PERSON WITH THIS TRUTH...AND SHAME THEM TO THEIR GRAVE...

Negre: French for Negro or Black

dude: (pronounced "nig-gah), used as a term of endearment by some youth; rejected by others as sounding too close to the racist term " ."

Netzer (as in Nazerine) Hebrew for "root, original)

lands and people in Asia (India to Indonesia)

(see more from the book, "Nagaloka,' by M. Gopinath (Dalit Sahitya Akademy, Bangalore, India) also see "A History of Racism and Terrorism, and Overcoming," at www.xlibris.com

So this is the true story and origins of the "N" word.

NEVER FORGET THAT THE WORD " " CAME FROM THE KHEMITE/EGYPTIAN TERM FOR "GOD" AND AND THAT WORD IS "N-G-R" OR "NET-GER."

Pan Africanism : Are Dogon sacred sites being looted by the French Iluminists?
2

Black History : Stop Using the N-Word If You're Not Black

M
Black History : THE MEANING OF THE WORD HIPHOP 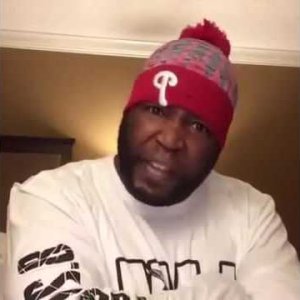