Black Spirituality Religion : The Role and Condition of Women in Islam

"Hey Sekhemu. Why don't you get off your SORRY behind"

I'm gonna give you a Chance to apologize, like a man...before I report you
Click to expand...

Uh oh, the Holy Jihad is beginning. The Shaman vs The Muslim. Stay Tuned, it's about to get all Northern Nigerian up in here.

HyperKill said:
Uh oh, the Holy Jihad is beginning. The Shaman vs The Muslim. Stay Tuned, it's about to get all Northern Nigerian up in here.

Is this your way of building bridges, or do you think division is something to laugh at while making mockery of religious orientation? Hmmm?

HyperKill said:
Uh oh, the Holy Jihad is beginning. The Shaman vs The Muslim. Stay Tuned, it's about to get all Northern Nigerian up in here.

I probasbly should not respond to you. Rational discussion never seems to do you any good. But, I will make this one attempt.

I am rebutting your claim that I do not agree with Muslimahs in positions of power. Obviously you know nothing about the reality in the Muslims Community to say such a ridiculous thing. The reality is that all Muslimahs are very powerful in the Muslim Community and have always been so. This is why I posted that long articles written by Muslimahs. We never actually think about it until a non-Muslim make an issue about it, usually based on lies and inacurate information. But, our women are very powerful. So it does not matter if I agree with their power personally or not. It is the reality that I live with.

One more note: women and men do not intermingle socially in Islam. I have been saying as far back as I can recall that we must not confuse race with gender. Racial segragtiomn in the USA meant that one race was held at a disadvantage. But, women are not a race. Therefore, seperation of genders does not mean holding women to disadvantage. It mainly means that little girls and women are protected in Islam.

When I say protected, I mean that we have no such thing as 'sexual harassment" in Islam because there is never an opportunity for a man to "sexually harass" a woman or vice versa. In order for "sexual harassment" to occur, there must be social intermingling between men and women. But, Islam does not allow that.

When women are in psoitions of power over men, they are usually protected in a couple of different ways. One, every respectable Muslimah wears Hijab and modest attire as a form of protection. Muslimahs NEVER go out in public in bathing suits, bakinis and mini-skirts, etc.. That is not allowed in Islam. Two, a female boss or ruler has the option to rule from behind a screen. Historically, what this meant is that when a man had to do business with a female ruler or boss he had to do it from behind a curtain. Thus, he could not even have the opportunity to see her. If papers had to be signed, for example, they would be passed back and forth pass a curtian. The man would never even lay eyes on the woman. Thus, she is protected even when she has the power of life or death over any man.

I know this is hard for non-Muslims to understand and appreciate. Some Muslims have a hard time with it. But, this is basically the way I see it. So, take your time and be patient and read those long articles I am have posted.

In the book called The Forgotten Queens of Islam my sister goes into some detials on this issue.

Black Spirituality Religion : Ori and its role in Black Self-Sufficiency
2

C
Black Spirituality Religion : The Role Of The Egbe Priest in Ifa 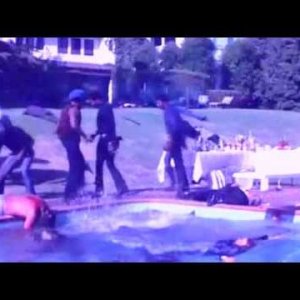