Alright folks, Im just getting over a little writers block so I wanted to try this portion of a story i'm working on. Please let me know what you all think. Thanks family.


He stood on the south-side balcony overlooking the looming, snow-caped peaks of the Berchtesgaden Alps which appeared to far away, but were really close. ‘This was indeed a great location.’ He reasoned. The Schloss EisenKreuz sat on Eisen crag within an almost hidden valley of the Berchtesgaden; in dark and brooding splendor; mystifying and defying the elements and onslaught of man. His family had chosen this location almost 150 years ago for the secrecy and impenetrability of it.
Baron Wolf Karl Maria von Rhineslaupten paralleled the gothic majesty of the Schloss, so aptly named EisenKreuz, or “Iron Cross.” He presented a very good looking façade in a more chiseled manner. He was a tall and powerfully built man, all dark with a haunting charm. His piercing grey eyes sat under rich ebony hair and graced a face likened to marble. The Lord of EisenKreuz was a force to be reckoned with.

He continued to stare at and toward the mists of the mighty Alps when the ringing of a phone broke his quiet reverie. He continued to stand and ponder even when he felt the presence of someone quietly approaching from behind.

“Es gibt jemand, zum mit Ihnen zu sprechen, ein Anrufer, der vom Nest des Adlers anruft.” (There is someone to speak to you, a caller phoning from the Eagle's Nest.)

Wolf sighed and turned to Hedwiga.

She bowed and quickly returned inside the mansion through his private offices. He picked up the phone.


“Hiel Hitler! Herr Baron.” A whiny voice replied." I was starting to believe I would not be able to get in touch with you.” He laughed roughly, ending in a fit of coughing.

The Baron’s face grimaced in a scowl of impatience. “Hiel Hitler! Herr Streiker. I have indeed been a very busy man.” Julius Streiker was the last man he wanted to talk too. It was one thing to be a propaganda minister, but Julius Streiker was also a well know homosexual who was sadly effeminate and in possession of all the traits of a woman; and being a gossip was at the top of the list.

“Bitte Herr Streiker, I have a million things to get done this evening, that can’t wait. What can I do for you?”

Normally, he really wouldn’t have given a **** what Streiker wanted, but seeing as how he was now one of the ‘favorites’ of the Fuhrer, it would be wise of him not to be too disdainful toward the imp.

“Herr Baron I am calling you on behalf of our glorious Fuhrer. He will be having a small gala here and of course all of his closest friends have been invited. You are among those friends.” He said apparently pleased with himself.

The Baron thought a moment. Of course it was no secret in all of the Fatherland that the Altes Regime, ‘old nobility’ of Bavaria held great distaste for the ‘little Austrian weasel,’ as they termed Hitler, and many felt that they should be included in his little gauche soiree’s nonetheless. Listening to Streiker, the Baron began to sense an underlying reason for his presence being requested.

“Selbstverständlich Herr Streiker.” (Of course…) Please convey to Mein Fuhrer that I will be there.”

“Ah! Yawohl Herr Baron that will do quite nicely. Then we will see you two days from now.” And with that the connection was cut.

very good story..now u must give us more. had me wondering what was so important about that book n who's hands the book would be in.lol.much love 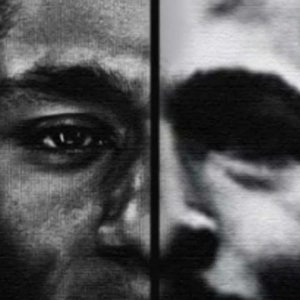