Everyone by now has heard or seen the recent public brawl between Umar Johnson and Tariq Nasheed. I decided against posting the videos showing these two men go after each like two enraged tigers. Since one of rules was states there's room for "all things proper and decent in our house." Well there is nothing very decent about how these men were reacting to each other.

I don't know a lot about Tariq Nasheed. But I am acquainted with many of the lectures of Dr. Umar Johnson and I had become a follower of him a few years ago. I was more into his point of views of the effects of systemic racism of the minds of Black Americans. I agreed with him 100 per cent.

As time passed, I began to see a man who had the potential to be a great teacher. Nearly on the level of the late Dr. Francis Cress Welsing and Neely Fuller and I even said that when the time came and these two great ones had parted from us, Dr. Johnson could easily follow in their footsteps.

In 2015 I was taken back when Dr. Johnson became involved with a lady nicknamed the "conscious stripper. I knew he had right to express himself sexually, but he had often spoken of practicing celibacy and he spoke venomously against black women wearing weave. He even said that when he opened his school black girls would be banned from wearing weave.

The conscious stripper wore weave. I mentally backed away from Dr. Johnson for a while and gave long thought to his contradiction. What made me slowly come back was a comment made by Dr. Boyce Watkins about him having a right to express his sexual drive.

I learned to put this incident behind and began to study his lectures again. This continued until December 2016. Once I was shocked and disappointed when I saw a video of him blowing up in a wild rage at Sara Seti another activist in the "conscious community" What I saw was far worse than the incident with the "conscious stripper" here was man who constantly spoke about the negative self-hating approach African Americans had with other and he stood before the media world in a very unstable way and freaked out to Sara Seti.

I back away again. I stayed away. Many times I wondered was it worth it to return to his teachings. For nearly a year I didn't view his video talks. I did start to wonder during the late fall of 2017 what will he do next. I didn't have wait long in December 2017 he threw the ultimate fit at Nasheed Tariq. It was astounding watching these two black men flip out to each other.

People are saying other brilliant black leaders and teachers of the past had spats.Yes, that's true Malcolm X had differences with Martin Luther King. But I don't recall ever watching a video where he cussed and viciously named called Dr. King in the public. If Malcolm X had resorted to this type of behavior I doubt he would became an iconic figure in Black History.

I agree it's sad and a waste of talent
It makes you wonder about the direction the early 21st black activism is heading. 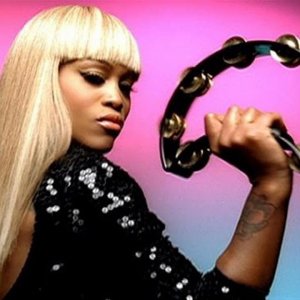