The Problem With Black Afrikan People Are Not Racism Unjust Prejudice, It's The Lack Of Freedom, Justice, And Independence!!!

Right Out Of The Gate Of This Divine Truth I Am Sharing With Black Afrikan People For The World to read, If By Some Miricle Reason America White Oligarchy Become Racist, Prejudice, Discriminating Against Black Afrikans healed from the use of such behavioral mental illness, My Goal and Objective will not change, which is to Demand payment of our Enslaved Afrikan Ancestors Reparation/Repatriation Now, And to Return Our Enslaved Ancestors Back To Afrika Having The Right To Become The Next Established State To Be In Afrika and there we will fight to become a Unified Black Afrikan Nation and to be Governed By A United States Of Afrika Government And Afrika To Be For The Black Afrikans and I am Sharing About The Continent Of Afrika Not A Portion Of It, For All Of Afrika Belong To The Black Afrikans Which Is Why Black Afrikan Divine Cosmic Universal Being Can As Well State Unequiviocal That The Whole Of The Continent Of Afrika And The Fulness Thereof, Belong To The Black Cosmic Divine Universal Beings Just As The Infinite Universe And The Fulness Thereof Belong To The Greater Good-God The Divine Essence Of All Things!!!

When a people have been living without Freedom they lose the ability to use Common Sense when making choices for the way to Live and relate to events that require you to make decisions about how you are to act by reacting to the everyday events that are affecting the life that causes you to be living.

Life is a force of energy that is a presence in everything that moves, for life is motion, but to live, is to be in the motion to make decisions about the choices you make while living.

Therefore, the relationship you will have with the events affecting your life living experiences are determined by the decision you make about the choices you make that will have an effect on the way you live, which will reveal how you developed a relationship with events that you play no part in creating, The Universe, Infinite And Finite.

Black Afrikan People problem is not racism, prejudice, discrimination, and civil rights and social-economic equality, which is an illusion, Black Afrikan people problem is lack of Freedom, there is nothing more powerful Divine than Freedom and here our Black Afrikan Behind Will Not Dignify Our Self By Fighting To Have To Enjoy That Which The Divine Essence The Greater Good-God Almighty Intelligence is to be verified by the everlasting Eternal Infinite Black Universal Energy constituting Space, Time, Forever Without Ending!!!

Black Afrikan People, First Seek Your Freedom And All You Need Will Be Your Decision To Receive!!!

What Quality Of Sense We Are To Use To Unlock The Profane Shackles From Around Our Mind, It's Common **** Sense, Beloved!!!

Go Home Black Woman And Man, Go Back To Mother Afrika With Your Enslaved Ancestors Reparation/Repatriation, Home Of Your Most Ancient Black Cosmic Divine Universal Momma And Poppa And Experience The Wonder Of Freedom And Get To Know Our Kit And Kin, There In Afrika Waiting On You, For You Have A Lot To Inform Them About The Divine Greater Good-God The Divine Freedom Essence Of Us All And There, Only In Afrika, Will You Be Able To Emerse Your Black Afrikan Universal Self In The Glorification Of Freedom, Afrika Is Where Your Seat OI Power Reside, Black Afrikan Goddess And God Of Divine Knowledge Knowing What God Is, therefore knowing who you are to have your Black Self to be in relationships to It, THe Greater Good- God Intelligent Dark Energy, Infinitum!!! 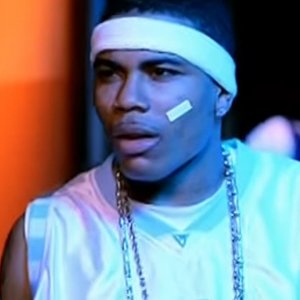