African Traditional Religion : THE PRINCIPAL GEOGRAPHICAL AND MYTHOLOGICAL PLACES IN THE BOOK OF THE DEAD

<H1 ALIGN="CENTER">THE PRINCIPAL GEOGRAPHICAL AND MYTHOLOGICAL PLACES IN THE BOOK OF THE DEAD.</H1>
<B><P>Abtu</B>, the Abydos of the Greeks (Strabo, XVII., i., 42), the capital of the eighth nome of Upper Egypt. It was the seat of the worship of Osiris, and from this fact was called Per-Ausar or Busiris, "the house of Osiris "; the Copts gave it the name ###.[1] Egyptian tradition made the sun to end his daily course at Abydos, and to enter into the Tuat at this place through a "gap" in the mountains called in Egyptian <I>peq</I>.[2] These mountains lay near to the town; and in the XIIth dynasty it was believed that the souls of the dead made their way into the other world by the valley which led through them to the great Oasis, where some placed the Elysian Fields.[3]</P>
<B><P>Amenta</B> or <B>Amentet</B>, or was originally the place where the sun set, but subsequently the name was applied to the cemeteries and tombs which were usually built or hewn in the stony plateaus and mountains on the western bank of the Nile. Some believe that Amenta was, at first, the name of a small district, without either funereal or mythological signification. The Christian Egyptians or Copts used the word Amend to translate the Greek word Hades, to which they attributed all the ideas which their heathen ancestors had associated with the Amenta of the Book of the Dead.</P>

<P>3. See Maspero, <I>&Eacute;tudes de Mythologie</I>, t. i., p. 345.]</P>
</FONT><P>{p. cxxxiv}</P>
<P>The Hebrews called it On (Genesis xli., 45, 50; xlvi., 20), Aven (Ezekiel xxx., 17), and B&ecirc;th-Shemesh (Jeremiah xliii., 13); this last name is an exact translation of the Egyptian <I>per Ra</I>, "house of the sun," which was also a designation of Annu. The Copts have preserved the oldest name of the city under the form ###.[1] A Coptic bishop of this place was present at the Council of Ephesus. The city of Annu seems to have become associated with the worship of the sun in prehistoric times. Already in the Vth dynasty its priesthood had succeeded in gaining supremacy for their religious views and beliefs throughout Egypt, and from first to last it maintained its position as the chief seat of theological learning in Egypt. The body of the Aged One, a name of Osiris, reposed in Annu, and there dwelt the Eye of Osiris. The deceased made his way to Annu, where souls were joined unto bodies in thousands, and where the blessed dead lived on celestial food for ever.</P>
<B><P>An-rutf</B> or <B>Naarutf</B>, is a section or door of the Tuat which lies to the north of Re-stau; the meaning of the word is "it never sprouteth."</P>

<B><P>Khemennu</B>, <I>i.e.</I>, the city of the eight great cosmic gods, the Hermopolis of the Greek writers ({Greek <I>E?'rmopolitikh` fulakh`</I>}, Strabo, XVII., I, 41), and the metropolis of the fifteenth nome of Upper Egypt. The old Egyptian name for the city is preserved in its Coptic and Arabic names, ### and Eshm&ucirc;n&ecirc;n.</P>
<B><P>Kher-aba</B>, a very ancient city which was situated on the right bank of the Nile, a little to the south of Annu, near the site of which the "Babylon of Egypt"[1] (the {Greek <I>Babulw'n, frou'rion e?rumno'n</I>} of Strabo, XVII., I, 30), was built.</P>
<B><P>Manu</B> is the name given to the region where the sun sets, which was believed to be exactly opposite to the district of Bekha, where he rose in the east; Manu is a synonym of west, just as Bekha is a synonym of east.[2]</P>

<B><P>Pe</B>, a district of the town of Per-Uatchet, the Buto of the Greeks ({Greek <I>Bou^tos</I>}, Strabo, XVII., i., 18), which was situated in the Delta.</P>
<B><P>Punt</B>, the tropical district which lay to the south and east of Egypt, and which included probably a part of the Arabian peninsula and the eastern coast of Africa along and south of Somali land.</P>
<B><P>Re-stau</B>, or a name given to the passages in the tomb which lead from this to the other world; originally it designated the cemetery of Abydos only, and its god was Osiris.</P>
<B><P>Sa</B>, the Sa&iuml;s of the Greeks ({Greek <I>Sa'&iuml;s</I>}, Strabo, XVII. i., 23), the metropolis of the fifth nome of Lower Egypt, and the seat of the worship of the goddess Neith.</P>

<B><P>Sekhem</B>, the Letopolis of the Greeks, and capital of the Letopolites nome (Strabo, XVII., i., 30); it was the seat of the worship of Heru-ur, "Horus the elder," and one of the most important religious centres in Egypt.</P>
<B><P>Sekhet-Aanru</B>, the "Field of the <I>Aanru</I> plants," was a name originally given to the islands in the Delta where the souls of the dead were supposed to live. Here was the abode of the god Osiris, who bestowed estates in it upon those who had been his followers, and here the beatified dead led a new existence and regaled themselves upon food of every kind, which was given to them in abundance. According to the vignette of the CXth Chapter of the Book of the Dead, the Sekhet-Aanru is the third division of the Sekhet-hetepu, or "Fields of Peace," which have been compared with the Elysian Fields of the Greeks.</P>
<B><P>Set Amentet</B>, <I>i.e.</I>, "the mountain of the underworld," a common name of the cemetery, which was usually situated in the mountains or desert on the western bank of the Nile.</P>
<B><P>Suten-henen</B>, more correctly Henen-su, the metropolis of the twentieth nome of Upper Egypt, called by the Greeks Heracleopolis Magna (Strabo, XVI I., i., 35). The Hebrews mention the city (###, Isaiah xxx., 4) Hanes as the representative of Upper Egypt, and in Coptic times it was still of considerable size and importance; the Copts and Arabs have preserved the ancient name of the city under the forms ### and ###. <I>Ahnas</I>.</P> 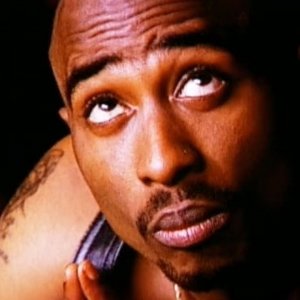