I have a few associates that I see from time to time. One brother is from Nigeria and is a Muslim. The other brother is from Ghana and is a Muslim also. I also have a few associates who are Christian, Jehovah's witness, a Nation of Islam Muslim and a Catholic. I have tried on many occasions to get five or six of them in a room to simply have general discussions pertaining to the reality of our people in the world.During the course of our conversations, we all generally acknowledged the impact of integration upon our people in America. We equally acknowledged the impact of slavery upon our people and the idea that we as a people have never actually been healed from that trauma and historical nightmare that we are an extension of.

As our dialog began to take some serious form, I was pleasantly surprised by a few of them in terms of how they saw our situation as they began connecting the dots of the past to the present. Finally I had to open my big mouth and ask them what role did they see religion having in all that has happened to and with our people? This million dollar question soon had everyone present attempting to defend, uphold and highlight what their religion did or did not do as it relates to our reality, almost as if they viewed my question as an attack upon them. I sat back for perhaps 45 minutes doing nothing but listening and taking in the amount of passion and emotion that each person had as it pertained to their religion or their beliefs. As I saw the fires burning in that room, I decided to throw some gasoline on the fire by asking them How would it affect you if you suddenly were to find out that everything you practice and believe in is wrong?

This one simple question was so powerful that for close to 10 or 15 seconds there was utter silence in the room...almost as if I had snatched a piece of their very lives away by even daring to ask this question that they not only were never asked before but that they themselves never consciously or subconsciously ever thought about. Here are the facts;There are over 73 different divisions in Islam and 72 different divisions in Christianity. That alone is 145 different divisions and ideological religious concepts just with those two religions alone. What this means is that there will never be any unified thought processes or movements by those people because division has already been created within their religions to keep them viewing themselves separately regardless of what they may collectively be going through. That is power. What it's really called is Divide and Conquer and our people are all caught up in it.

Lets just for the sake of this writing say that Jesus was real and that what exist in the Bible WAS TRUE. Here is the hypocrisy of our people; 1. We shun and run from the truth when their book via Jesus tells them that; There is nothing hidden that shall not be known or revealed. Yet when it is revealed and it runs counter to their conditioning you, we or anyone doing the revealing is taken to be something close to the ANTI-CHRIST. 2. We want to love everybody and can not discern or shun those among us who mean us no good...and yet the very Jesus they claim to follow and believe in clearly lets them know that; He did not come to bring peace but a sword. He came to turn the father against the son, the daughter against the mother..etc....yet we are expected to somehow be better than the very Jesus they claim to believe in....meaning; Don't do as Jesus did.

Yet when we, you, I or anyone else comes along doing the very same thing that their Jesus who they claim to believe in said that he came to do...we are again viewed as something close to the ANTI-CHRIST...and the only thing that can possibly turn family members against each other is the truth or the revealing of what has been hidden....which they are making so very clear that they do not want to hear. 3. So are All Black brothers and sisters my brothers and sisters? Hell To The No!! Would all these black brothers and sisters have been the brothers and sisters of their so called prophets that they claim to believe in? Hell to the No!!..for it is their so called prophets who informed them that: My Brothers and Sisters Are Those Who Believe As I Believe. But once again, we, you, I or anyone else who comes along speaking as their prophets spoke is somehow viewed as something close to the ANT-CHRIST. At least we, you, I or anyone else is not doing as their so called prophets did that they believe in...cause their prophets were physically taking off heads with their swords.

In our quest for freedom we have stumbling blocks before us and they are Black. How do we deal with them?...cause given the chance they would surely reveal that they have no issues when it comes to dealing with us and it has been demonstrated over and over again in our history. The greatest and strongest among us have been done in by Black people...the same black people that we are supposed to love, embrace, support and defend.

Any mechanism of belief that keeps our people divided and subjected to others can not on any basis be a mechanism for us to embrace in our quest to be free. In the words of Bookman who led the Haitian revolution and was the only country in the Western world to defeat Napolean...He told them that very night; Let Go Of Your White God and You Shall Be Free.

Black People : The power of "Non-Violence".

Black People : Be a part of the healing power of nature 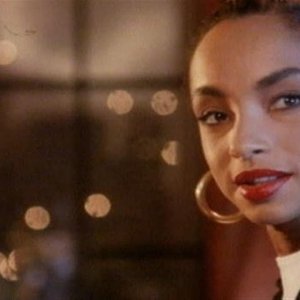