MUNDUS FIRST STORY RELATES TO THE OTHER 3

Josephus story in his “Testimonium Flavianum” (or Antiquities of The Jews Book 18, Chapter 3). In this essay I will just focus on 18:35-18-62 because I already focused on the rest in other reviews and articles. But I will outline the entire story in its sequence:

18:55-59 Pilate introduces imperial images in the Temple, causing a “tumult”

18:60-62 Pilate tries to build an aqueduct, causing another “Tumult”

18: 85-87 Pilate has a confrontation with the Samaritans (interesting to note the Samaritans are famously known for Jesus being “Living water” to a Samaritan woman (John 4:7-21) a mirror opposite Samaritans dying for lack of water in War of the Jews 3 chapter 6 307-313).

Now allow me to quote 18-18-62 that’s highlighted in black then I will offer my commentary. Joe Atwill was correct when he said “That the three stories (above) could only have been created in direct relationship to one another and are not independent tales” (Caesar’s Messiah p.295).

SEDITION OF THE JEWS AGAINST PONTIUS PILATE. CONCERNING CHRIST, AND WHAT BEFELL PAULINA AND THE JEWS AT ROME,

1. BUT now Pilate, the procurator of Judea, removed the army from Cesarea to Jerusalem, to take their winter quarters there, in order to abolish the Jewish laws. So he introduced Caesar's effigies, which were upon the ensigns, and brought them into the city; whereas our law forbids us the very making of images; on which account the former procurators were wont to make their entry into the city with such ensigns as had not those ornaments. Pilate was the first who brought those images to Jerusalem, and set them up there; which was done without the knowledge of the people, because it was done in the night time; but as soon as they knew it, they came in multitudes to Cesarea, and interceded with Pilate many days that he would remove the images; and when he would not grant their requests, because it would tend to the injury of Caesar, while yet they persevered in their request, on the sixth day he ordered his soldiers to have their weapons privately, while he came and sat upon his judgment-seat, which seat was so prepared in the open place of the city, that it concealed the army that lay ready to oppress them; and when the Jews petitioned him again, he gave a signal to the soldiers to encompass them routed, and threatened that their punishment should be no less than immediate death, unless they would leave off disturbing him, and go their ways home. But they threw themselves upon the ground, and laid their necks bare, and said they would take their death very willingly, rather than the wisdom of their laws should be transgressed; upon which Pilate was deeply affected with their firm resolution to keep their laws inviolable, and presently commanded the images to be carried back from Jerusalem to Cesarea.

2. But Pilate undertook to bring a current of water to Jerusalem, and did it with the sacred money, and derived the origin of the stream from the distance of two hundred furlongs. However, the Jewswere not pleased with what had been done about this water; and many ten thousands of the people got together, and made a clamor against him, and insisted that he should leave off that design. Some of them also used reproaches, and abused the man, as crowds of such people usually do. So he habited a great number of his soldiers in their habit, who carried daggers under their garments, and sent them to a place where they might surround them. So he bid the Jews himself go away; but they boldly casting reproaches upon him, he gave the soldiers that signal which had been beforehand agreed on; who laid upon them much greater blows than Pilate had commanded them, and equally punished those that were tumultuous, and those that were not; nor did they spare them in the least: and since the people were unarmed, and were caught by men prepared for what they were about, there were a great number of them slain by this means, and others of them ran away wounded. And thus an end was put to this sedition.

3. Now there was about this time Jesus, a wise man, if it be lawful to call him a man; for he was a doer of wonderful works”

In my humble opinion this incident is typology (base on character upon another) of another story that happened in the Old Testament about the “Golden Calf” Exodus 32. The events that lead up to the making of the Golden Calf was lack of food and water. The Golden Calf is symbolic of Hathor and Horus. Hathor was symbolic of nourishment among other things. So what are the parallels between the Images of Caesar and the Golden Calf:

1. Images of Caesar was an Attempt to abolish Jewish Law. The result of the Golden Calf being made was that Moses “Threw the tablets out of his hands breaking them (laws) to pieces” (Exodus 32:19).

2. Moses then burned the Calf down to powder scattered it on the water and made the Israelites drink it (Exodus 32:20). As we see Pilate has trouble with the Jews about an Aqueduct being constructed. Also in Genesis 41 we see the image of 7 cows of famine and 7 cows of abundance keeping in line with Hathor, a symbol of nourishment. Elizabeth in Hebrew is Elisheba meaning El and sheba “seven”. Nephthys the personification of Elizabeth is a deity of the seventh nome called “god seven”

3. Jews refused to submit to worshiping the image of Caesar and offered up to bare their necks to Caesar’s sword. Likewise the mirror opposite takes place Moses calls the people who made the Golden Calf “They are a stiff-necked people” (Exodus 32:9)

5. By accident on Easter I was skimming through a 1928 book by S. Angus The Mystery Religions Angus stated: “Paulina was lured to a Serapeum on an invitation to Sup with Anubis. In Paul’s expression ‘The cup of demons, ‘The Table of demons, there is implied the same view of divine hospitality” (1 Cor 10:21). Angus was probably influenced by Clyde Pharr’s essay The Testimony of Josephus to Christianity appearing in the American journal of Philology in 1927. I’m tracking down the article now as I write.

6. I do not know why Moses was upset at his comrades for making an image of the Golden Calf because his miracle of parting the red sea by making a dry pass way was performed by Isis & Hathor thousands of years before on their way to Byblos. Also the annual rising of the Nile was associated with Osiris, a god of life of vegetable regeneration. The end a d resurrection of Osiris were celebrated over the oag festival, immediately preceded by the drunkenness of Hathor. And Osiris was known at the festival as the irp (wine) of the inundation with devotes would eat bread, drink wine in the belief that these were the transubstantiated flesh and blood of Osiris divinity (Did Moses Exist By DM Murdock p. 362). This sounds like the festivals at the Golden Calf ceremonies in Exodus 32 with Moses smashes the Cow into powder and making his people drink it. And again Moses wife Zipporah was a personification of Venus born in the sea foam with Cronus/Saturn throwing a cut off penis into the sea with her. Recall Zipporah threw foreskin at the feet (penis) of Moses.

HOW THE GOLDEN CALF RELATES TO JESUS

“The Egyptian name for heaven is Hathor, the cow goddess, which means House of Horus. Hathor and Beth-el both signify the same thing” (see 101 Myths of the Bible by Gary Greenberg p.144. He further added in another book “Bethel, as the gateway to heaven and the place where God lives, would be the Hebrew equivalent of the house of Horus”( The Bible Myth p.233). Jesus is a composite figure and he’s a personification of Horus. Horus was said to be a son of Isis and Hathor. And we all know the story of Jesus being born in Bethlehem which is the House of Hathor/Horus.

Plutarch in his Isis & Osiris brings up the Cow , number 7 in conjunction with the birthday of Horus.

In the sacred hymns of Osiris they call upon him who is hidden in the arms of the sun; and on the thirteth of the month Epiphi they celebrate the birthday of the eyes of Horus, at the time when the moon and the sun are in a perfectly straight line, since they regard not only the moon but also the sun as the eye and light of Horus (Now Jesus said: “The light of the body is the eye: if therefore thine eye be single, thy whole body shall be full of light” Matthew 6:22)


On the 8th of the waning of the month Phaophi they conduct the birthday of the staff of the sun following upon the autumnal equinox, and by this they declare, as it were, that he is in need of support and strength, since he becomes lacking in warmth and light, and undergoes decline (Death ?), and is carried away from us to one side.


Moreover, at the time of the winter solstice they lead the cow seven times around the temple of the sun and this circumambulation is called the seeking for Osiris, since the goddess in the winter time yearns for water (Job 38: 30 Just for your information many bible researchers declare that the book of Job has many Egyptian influences. Joseph McCabe book “The forgery of the Old Testament” states that “Job…first author seems to have been an Egyptian Jew”)

So many times do they go around, because in the seventh month the sun completes the transition from the winter solstice to summer solstice. It is said also that Horus, the son of Isis, offered sacrifice to the sun first of all on the fourth day of the month, as is written in the records entitled the birthdays of Horus.

Every day they make a triple offering of incense to the sun, an offering of resin at sunrise, of myrrh at midday, and of the so-called cyphi at sunset (See Matthew 2:11) the reason which underlies each one of these offerings I will describe later (Sun worship) They think that by means of all these they supplicate and serve the sun”.

When the rest of the story of Testimonium Flavianum is mentioned the name of Saturn is mentioned as the husband of Paulina and Fulvia which is a pun on Saturnalia, a festival in December, from which Christmas originated with the fictional story of Jesus being born in the house Bethlehem (House of Hathor/Horus). Plutarch also mention that “Some are of the opinion that Anubis is Cronus/Latin for Saturn (figurative for Chronus/time)” Now lets go read the rest of the story in Testimonium Flavianum and connect some more dots.


I rest my case 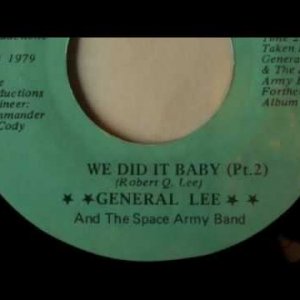