“... I have set before you life and death, blessing and cursing; therefore choose life, that both you and your descendants may live.”
—Deuteronomy 30:19 (NKJV)​
On the crisp, sunny, fall Columbus Day in 1999, organizers of the “Say So” march approached the steps of the U.S. Supreme Court. The marchers, who were predominantly black pastors and lay persons, concluded their three-day protest at the site of two monumental cases: the school desegregation Brown v. Board of Education (1954) and the pro-abortion Roe v. Wade (1973). The significance of each case—equal rights for all Americans in the former, and abortion “rights” in the latter—converged in the declaration of Rev. Johnny M. Hunter, the march's sponsor and national director of Life, Education and Resource Network (LEARN), the largest black pro-life organization.

“'Civil rights' doesn't mean anything without a right to life!” declared Hunter. He and the other marchers were protesting the disproportionately high number of abortions in the black community. The high number is no accident. Many Americans—black and white—are unaware of Planned Parenthood founder Margaret Sanger's Negro Project. Sanger created this program in 1939, after the organization changed its name from the American Birth Control League (ABCL) to the Birth Control Federation of America (BCFA).1

The aim of the program was to restrict—many believe exterminate—the black population. Under the pretense of “better health” and “family planning,” Sanger cleverly implemented her plan. What's more shocking is Sanger's beguilement of black America's crème de la crème—those prominent, well educated and well-to-do—into executing her scheme. Some within the black elite saw birth control as a means to attain economic empowerment, elevate the race and garner the respect of whites.
The Negro Project has had lasting repercussions in the black community: “We have become victims of genocide by our own hands,” cried Hunter at the “Say So” march.

Malthusian Eugenics
Margaret Sanger aligned herself with the eugenicists whose ideology prevailed in the early 20th century. Eugenicists strongly espoused racial supremacy and “purity,” particularly of the “Aryan” race. Eugenicists hoped to purify the bloodlines and improve the race by encouraging the “fit” to reproduce and the “unfit” to restrict their reproduction. They sought to contain the “inferior” races through segregation, sterilization, birth control and abortion.

Sanger embraced Malthusian eugenics. Thomas Robert Malthus, a 19th-century cleric and professor of political economy, believed a population time bomb threatened the existence of the human race.2 He viewed social problems such as poverty, deprivation and hunger as evidence of this “population crisis.” According to writer George Grant, Malthus condemned charities and other forms of benevolence, because he believed they only exacerbated the problems. His answer was to restrict population growth of certain groups of people.3 His theories of population growth and economic stability became the basis for national and international social policy. Grant quotes from Malthus' magnum opus, An Essay on the Principle of Population, published in six editions from 1798 to 1826:

All children born, beyond what would be required to keep up the population to a desired level, must necessarily perish, unless room is made for them by the deaths of grown persons. We should facilitate, instead of foolishly and vainly endeavoring to impede, the operations of nature in producing this mortality.4​
Malthus' disciples believed if Western civilization were to survive, the physically unfit, the materially poor, the spiritually diseased, the racially inferior, and the mentally incompetent had to be suppressed and isolated—or even, perhaps, eliminated. His disciples felt the subtler and more “scientific” approaches of education, contraception, sterilization and abortion were more “practical and acceptable ways” to ease the pressures of the alleged overpopulation.5

Critics of Malthusianism said the group “produced a new vocabulary of mumbo-jumbo. It was all hard-headed, scientific and relentless.” Further, historical facts have proved the Malthusian mathematical scheme regarding overpopulation to be inaccurate, though many still believe them.6

Despite the falsehoods of Malthus' overpopulation claims, Sanger nonetheless immersed herself in Malthusian eugenics. Grant wrote she argued for birth control using the “scientifically verified” threat of poverty, sickness, racial tension and overpopulation as its background. Sanger's publication, The Birth Control Review (founded in 1917) regularly published pro-eugenic articles from eugenicists, such as Ernst Rudin.7 Although Sanger ceased editing The Birth Control Review in 1929, the ABCL continued to use it as a platform for eugenic ideas.

Sanger built the work of the ABCL, and, ultimately, Planned Parenthood, on the ideas and resources of the eugenics movement. Grant reported that “virtually all of the organization's board members were eugenicists.” Eugenicists financed the early projects, from the opening of birth control clinics to the publishing of “revolutionary” literature. Eugenicists comprised the speakers at conferences, authors of literature and the providers of services “almost without exception.” And Planned Parenthood's international work was originally housed in the offices of the Eugenics Society. The two organizations were intertwined for years.8

The ABCL became a legal entity on April 22, 1922, in New York. Before that, Sanger illegally operated a birth control clinic in October 1916, in the Brownsville section of Brooklyn, New York, whi http://www.citizenreviewonline.org/special_issues/population/the_negro_project.htm 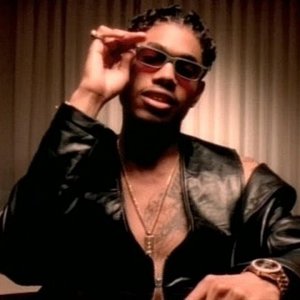