Chapter I. The Negro American Revolution​
The Negro American revolution is rightly regarded as the most important domestic event of the postwar period in the United States.Nothing like it has occurred since the upheavals of the 1930's which led to the organization of the great industrial trade unions, and which in turn profoundly altered both the economy and the political scene. There have been few other events in our history - the American Revolution itself, the surge of Jacksonian Democracy in the 1830's, the Abolitionist movement, and the Populist movement of the late 19th Century - comparable to the current Negro movement. There has been none more important. The Negro American revolution holds forth the prospect that the American Republic, which at birth was flawed by the institution of Negro slavery, and which throughout its history has been marred by the unequal treatment of Negro citizens, will at last redeem the full promise of the Declaration of Independence. Although the Negro leadership has conducted itself with the strictest propriety, acting always and only as American citizens asserting their rights within the framework of the American political system, it is no less clear that the movement has profound international implications.
It was in no way a matter of chance that the nonviolent tactics and philosophy of the movement, as it began in the South, were consciously adapted from the techniques by which the Congress Party undertook to free the Indian nation from British colonial rule. It was not a matter of chance that the Negro movement caught fire in America at just that moment when the nations of Africa were gaining their freedom. Nor is it merely incidental that the world should have fastened its attention on events in the United States at a time when the possibility that the nations of the world will divide along color lines seems suddenly not only possible, but even imminent. (Such racist views have made progress within the Negro American community itself - which can hardly be expected to be immune to a virus that is endemic in the white community. The Black Muslim doctrines, based on total alienation from the white world, exert a powerful influence. On the far left, the attraction of Chinese Communism can no longer be ignored.) It is clear that what happens in America is being taken as a sign of what can, or must, happen in the world at large. The course of world events will be profoundly affected by the success or failure of the Negro American revolution in seeking the peaceful assimilation of the races in the United States. The award of the Nobel Peace Prize to Dr. Martin Luther King was as much an expression of the hope for the future, as it was recognition for past achievement. It is no less clear that carrying this revolution forward to a successful conclusion is a first priority confronting the Great Society.
-From: The Negro Family: The Case For National Action
Link to document: http://whgbetc.com/black-family-u-s-dept-labor-1965.pdf
Last edited: Oct 19, 2014
OldSoul
oldsoul@whgbetc.com​ 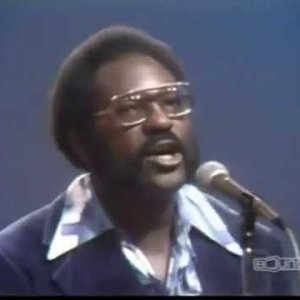