Black People : The Need To Return

The Need To Return To The Diaspora Afrikan Homeland, Afrika!!!

Beloved we are at the stage of Thinking, Talking, And Action. all to be done simultaneously with each other!!!

Beloved, This Is Only Part 1, On The Journey To The Reconstruction Of Black Afrikan Afrika Civilization, The Question Is, Are We Black Afrikans Up For The Task Of Making It Become out from Virtual Reality, Into Becoming our Actual Reality, beloved!!!

Listen To Me Beloved Kith And Kin In Afrika, when it comes to the Children Of Our Enslaved Black Afrikans, they who were as Nationally Connected To that Land Continent now referred to as Afrika, the Children of those Enslaved Black Afrika Afrikan Nationalist was in fact born with the Divine Right to the Continent of Afrika, not just a region of Afrika but all of Afrika, for we Black Afrikan people are, when it comes to the Earth of the Planet we are revolving around the Sun on, it verifies us Black Afrikans to be the Daughters and Sons of the Continent Of Afrika.

Beloved Black Afrikan Patriotic, it is time we Universal Cosmic Black Divine Universal Beings now living on Planet Earth in a place on Earth now referred to as Afrika, to you do I share this Divine Information with, beloved, which is, it is pass Time that we pull off the garment of individualism and release our self from a mind that has us to be self ignorant, the same mind that has Black now Afrikans to be without Divine information that has us to know what God Is, it is the Essence of the Greater Good, it being Infinite Divine Energy Intelligence, beloved.

We Black Patriotic to Afrika Afrikans, we have the obligation to repeat the cycle of Mene action in his time regarding the division of Kemet, Egypt, Afrika, we must bring together all of the parts of Mother Afrika so to have her whole again, it is our obligation to see to it that our children and the generation of Black Afrikan Afrika children to come to have only One Afrika to know about and live in, they have the freedom to travel all over the Continent of Afrika just by our relationship to that infinite Dark Spatial Infinite Universe that Grace our Black Presence with the Sun-Star-Ra, the Three being One and the same just as all Black Afrikans are regardless of how and where we have been scattered to try and cause a permanent division among Black Afrikan people whose Soul is set by design to be in unity in the motion of Divinely Thinking using Common Sense as our motivator and guide, beloved.

Hear Me And Hear Me Well, Black Afrikan People whose Patriotism is Pure and Sincere to Mother Afrika and our Unity is set to be verified by Black Afrikan people been scattered to the four corners of Mother Earth!!!

The Time is here for there to be a reunification of Mother Afrika and Nature long ago set the compass for the way Black Afrikand and Afrika is to relate to each other and go and become again the Greatest Civilization of Freedom Mankind has ever seen since the Time of the original construction of Afrikan Civilization in the place we now refer to as Afrika!!!

Seriously, you do not know what being serious about Black Afrikans being able to obtain our freedom again, this is just such a victory is one of many steps to be taken that lead to the reconstruction of Afrikan Civilization, beloved.

We Must engage in the fight for Afrika And Black Afrikan Freedom, which mean that we have the obligation divinely to demand and fight for our Enslaved Ancestors Reparation/Repatriation having no preconceived notion that such Demand is an unachievable task, such come from the mind of the defeated holding that lying racist Luciferian Human Being as the utopia of the God we Black Afrikans worship today, which serve to the disadvantage of us Black Afrikans ever to come back into the possession of our Divine Nibd which have us to use common sense in our fight for the Freedom that Nature Designed us with, we must from among us, learn who to trust again if we are to become victorious in our effort to sit under the canopy of Freedom again, beloved.

P
Black People : "Evony : the kings return" game- Need help on a racist in a game that threaten to shoot black people

Black People : I Need You To Survive - For those who go way back

C
Black People : Black Afrikans Has No Knowledge Of Need

Black People : East Coast Will Need N95 _ Mask ( It May Not Help ) to Avoid "Silica" Glass Dust Storm Coming From Africa to the United States 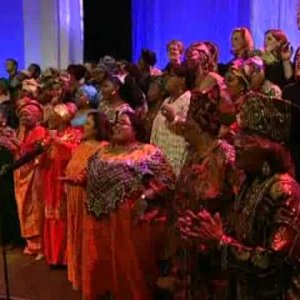