Beloved, tell me, whose unity is sought after by Black people here in America, how can there be a comprehensive effort at unity when there is no conscious Black power and Pan Afrikan Garvey advocates and Reparations advocates involved in any so cal Unity conference gathering that has a Garvey appeal ?

We Afrikan Americans love to hand pick ourselves to be the one to speak in Black People behalf and nothing productive ever come from such familiar face conference organizers, whose reputation precede them, they who have established a paradigm of being full of useless talk that does not ever produce concrete result that will benefit the Black Afrikan Nation.

Beloved, whenever the talk of Black Afrikan Unity is claimed to be the purpose for Black people gathering and you do not see the staunch uncompromising Black Power Pan Afrikan Garvey style advocates for Black Afrikan Unity in the mix of such organizing effort, then know that such a claim about Black Unity is founded lacking and wanted for the lack of seriousness needed to embrace such a Divine undertaking

Tell me, what can come from a conference acting under the heading of Black Unity, calling for all of your various and divided Religious advocates, those having political different objective and community leaders who are afraid to even mention Reparation around white folks, tell me, when will Black people put a stop against this hypocrisy and dishonesty in the name and abusive life style of the Black Afrikan?

When will any conference using the heading of Black Power, Black Unity, and Pan Afrikanism, become a conference that really be about discussing what is needed in order to bring about Black Afrika and Afrikan Unity, with it being obvious that the Garvey Black Power Pan Afrikan advocates are no where to be founded in assisting in organizing a Black Unity conference?

Tell me, whose Black Unity is being discussed at such a conference where there is a cross section of different religious advocates presence and is in charge of deciding the agenda and there being Black American Patriots advocating community reconstruction instead of Afrika construction, calling for Race assimilation instead of Race identification.

Beloved, as long as Black People continue to justify mocking Black Liberation instead of verifying Black Freedom, and you have those same Black People misleading you into believing that you Black People can experience Black Unity and Liberation in America by reconstructing the Black Community and by establishing a false economic foundation here in America, telling you that America is just as much your Home as it is to anybody else who are in America differently that the way that you Black Descendant of our Enslaved Ancestors came to America and you tell me that Black people are to take it that the people advocating Black Afrikan Unity for the sake of remaining in America, that such advocates can be trusted to be your leaders with a Liberating interest that is in behalf of Black Afrikan People in the general sense of the claim of Black Afrikan Unity?

Log in
Similar threads
Black Poetry : Wreck haters like spectators standing about demanding clout for a newspaper route got wordy flows and like dirty clothes need washing to proceed squa
Health and Wellness : America has an urgent need for Black doctors: 'It's hard to be what you can't imagine'
Black People : Black Afrikans Has No Knowledge Of Need
Black Poetry : Come hot with moves and lot of dudes sways nowadays its a street race have to keep pace need tremendous motion in a continuous ocean rip shop and sca
Black People : Need And Want
Health and Wellness : Decolonizing Dermatology: Why Black and Brown Skin Need Better Treatment
Black People : The Need To Return
Black People : "Evony : the kings return" game- Need help on a racist in a game that threaten to shoot black people
Black People : East Coast Will Need N95 _ Mask ( It May Not Help ) to Avoid "Silica" Glass Dust Storm Coming From Africa to the United States
Black Poetry : He has a bold team but his whole scheme is plunged into darkness need info to spark this he'll dispatch a lot after he hatch a PLOT look boo you got
Black People : Hear Me Oh Black World In Need Of Recovery
Black Poetry : It's hard for logic to prevail over emotions female has an ocean of wetness in potion In her panties step no harm must accept The norm need help on a
Black Poetry : This is news to someone play the blues and come undone need girl to have fun a ton hitting nerds with written words gitting absurd kisses while birds
Black People : Black Afrikan People need To Just Stop And Be Still For A Moment!!!
Black Poetry : Sex is not a profession could raise complex questions when trouble need advice could end up having a double life now too much rubble wrong price see a
Black Poetry : A note is a short letter with all sorts of clever words to speak that's never heard on the street, tonight need help to climb a flight of steps to got
Black People : I Am Not All I Need To Be
Black People : Afrika Black Afrikans Are In Need Of An Afrikan Reconstruction Renasissance!!!
Black Poetry : Got facts and brag and use a sack or bag to tote these quotes and collect fees from folks need a honey with pie and a money supply see a girl want cak
Black Parenting : White Imagery - Need some advice
Black Poetry : This is hot and fly and it will occupy some dumb eardrums and some fear come from being haters, need elevators to take them all the way up like FAT J
Black Poetry : Try be cool in high school **** she a true queen need a bamboo screen for her doorway but soar today in a mini-skirt with plenty flirt had fun in clas
Black Poetry : Love Is All We Need
Health and Wellness : Many dermatologists need more training on African American skin and hair
Black People : VIEW THIS... No need to Buy! Info that is so Enlightening to WELL Being!
Black People : Global Warming , Strange Natural Disasters and the need for a National Black Cross EMS service
Black People Politics : Mitch McConnell Says Obama's Election Means We Don't Need Reparations
Black Poetry : Look his luck is graphic got stuck in traffic after he picked a chick up but need some quick luck to
Health and Wellness : A Diet Plan Based on Your DNA Has Arrived—Here's What You Need to Know
Health and Wellness : Tech addiction is real. We psychologists need to take it seriously
Black People : Black Woman You Need To Hear!!!!
Black People : Tucker Carlson: Host laughs with guest after he suggests black people ‘need to move on’ from slavery
Black Poetry : Gee no jive hope my romance survive now an ambulance arrive outside siren blaring emergency need a
Black Poetry : Can't proceed in sorrow need to win tomorrow girl my shirt off and you flirt soft alert I can toss w
Black People : NEED
Black People Politics : We need National Black Unity now more then ever!
Black People : Why white people need to admit that black people know more about pain
Black Spirituality Religion : What you need to know about Omarosa
Black Poetry : he was quick to understand that he need a chick with a thunder plan see a chick voice fresh and brig
Black Poetry : Proceed to weep need some sleep rest my eyes got breasts and thighs your game is a hardcore strain o
Black Poetry : Christ Is All You Need
Audio Video Web Conferencing : I Need You to Survive - Hezekiah Walker
Black Ancestors : I'm multiracial, and need your honest input
Black Poetry : Peeps Need To Stay Strong!!! (I Cor. 10 vs 13)
Black Entertainment : We Need More African-Americans to Play RPGs?
OldSoul : 1 minute of Mr Gregory You need to hear
Food Discussion : Need advice on nutrition
Black Poetry : in her step, can't withdraw from the hugs of raw love need a kiss fast //
Black Poetry : HE SAID: Everything prevail in order need a pail of water to cool off // And school cost nowadays a
The Front Porch : Need help
Share:
Facebook Twitter Reddit Pinterest Tumblr WhatsApp Email Share Link 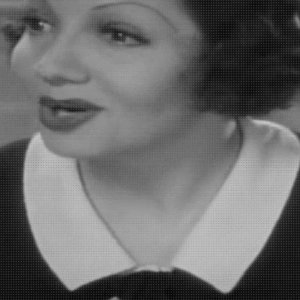