The nature of real spiritual path to God

You are leaving the misery of the world and on attaining God, you think that you will derive the bliss, which is the eternal happiness. By leaving the worldly attachment, you have left the minus. Then, you have attained the intermediate state of absolute peace, which is zero. Now on attaining God, you have attained the plus, which is bliss in your view. The plus is a double minus in which, two signs of minus are arranged one over the other at right angles. This double minus indicates that you have to work more and face more misery in the service of God. The work and misery in the worldly affairs is very much less compared to the misery in work of God. The plus sign indicates the cross and the servant of God has to sacrifice even his own life to please God in the divine mission. You need not sacrifice your life for the sake of your family at any time. Unless you have developed the attitude of enjoying the misery, you cannot face misery in the service of God. Sugriva lost his wife because Vali has taken away her by force. Sugriva did not go to Vali to fight with him for the sake of his wife due to the fear for his life. His life is more valuable than his wife. But the same Sugriva went to Lanka to fight in the war taking the full risk of his life for the sake of getting back the wife of Lord Rama from Ravana. Thus, one has to sacrifice even his life for the sake of God even though he may not sacrifice the same life in any worldly matter.

Jesus says that unless one is prepared to carry on his own cross for the sake of the Lord, one cannot be His dearest disciple. The plus sign appears as double negative to threaten you by its facial expression. The final result of plus is not negative at all because its value is only positive. Similarly, if you are prepared for the double minus and intensive sacrifice in the case of God, you will derive the bliss at the end. God tests you to find out your attitude. God wants to know whether you have approached Him for bliss or to work and do the total sacrifice for His sake. Once God is fully convinced about the reality of your attitude, the result is quite different from the test. Finally Sugriva was given a place in Brahma Loka (Vaikuntha), where Sugriva lived with bliss. Ramayana is always taken as guidance in pravrutti (worldly life) by taking Rama as a good son, good husband, good father, good friend etc. Rama was always taken as a human being externally and the inner form of Rama as Lord was always hidden. All the monkeys were incarnations of angels and hence they could recognize Rama as Lord. No Advaita Scholar has become Brahman so far except Hanuman who served Rama as the Lord in the form of the contemporary human incarnation. Only Hanuman became Brahman, who still says that He is the servant of Rama. Therefore, Ramayana, which gives the path to any soul to become Brahman, is the only scripture of Advaita Philosophy in practical sense.

All faithful must bear their cross; it is a showing of love in doing that which has been done for you, for your salvation.

When faced with adversity, when enduring a trial, it is best to remember the long suffering of the Father, and the sacrifice of the Holy Son. With that, you'll have in mind how much more was done for you in love, and how you can show your gratitude and love, also. And remembering the resurrection of the Son will serve as reminder; both in how He was resurrected by the wonder and will of the Father, and how faith live on eternal, even as the Son does at the right hand of the Father forever. 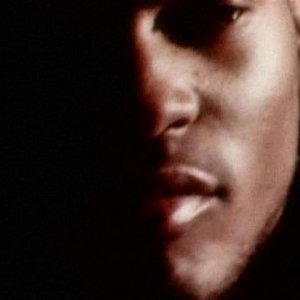