THE MUSHROOM CHRIST: 3 Sexual stages
By Andre Austin
The Mushroom was one of many symbolic symbols of Christ Jesus. When the Mushroom is growing it takes on three stages. Jesus makes himself into the Manna/Mushroom to be eaten at the Eucharist or communal see John 6: 48-55 this manna/mushroom saves or redeems the world:
For more information look at the videos posted on Youtube/Facebook or read the book The Sacred Mushroom and the Cross By John Allegro. Also see The Origins of Religion: A dissertation upon the Divine Manna of the ancient Jews and the Eucharist of the Catholic Church By Rev Nicklas Failla
Notes:
After reading Joeseph Atwill’s essay on The *** (Donkey)-headed Christ in his second book Shakespear’s secret Messiah I was convinced that the real messiah name was Lazrus (Elezar) based on a military leader who fought against the Roman Empire. Peter became his substitute Donkey taken to Rome to be executed.
First we must note that Lazarus/Eleazar (they made him a supper (John 12:2) which matches him with War of the Jews 6, 201-219. Lazarus was not restored to life but merely raised his decomposing body from the ground. First we must understand that Christ Jesus was a title that was used by Lazarus. Just read Mark 14:3 and John 12: 1-9 where they talk of putting oil on Jesus/Lazarus head it’s the same oil for the same person, its interchangeable. Judas objects to the use of the expensive oil because it can be used for the poor. Judas states that the oil/head could have sold for more than 300 denarii or more than a years wage was 1 denarii per day. (Mark 14:5). The basis for the price he is asking is found in 2 Kings 6:25 (due to famine) where the price of an ***’s head is said to be 80 shekels. As a shekel was worth 4 denarii, the head would have fetched was 320 denarii= 80 x 4=320 which fits with Judas saying it was worth more that 300.
Moving through the Typological storyline, the ‘need’ that Jesus tells his diciples in the synoptics ‘Triumphal entrance story that he has for ‘*****/Donkeys is actually to transport the Passover meal-the butchered ‘***’ Lazarus-to Jerusalem. And once he has his quartet of *****, he places lazarus body onto the team of three mules. Jesus can now fufill the prophecy in jeremiah because he as assembled three donkeys and the king/messiah of the jews-the *** Lazarus. The triumphal entry that the Gospels actually describe is that of three mules carrying the butchered body of the king of the jews, while he is being sat upon by the Romanized Christ, Jesus.
Once this spoof image is understood, the Gospels triumphal entrance typological literary style of basing one character upon another in Josephus War of the Jews becomes visible. Jesus triumphal entrance is linked to War of the Jews 5,13,567-568, a story that –mirroring the Gospels-follows the description of an anointing party. Josephus describes a character he names “Manneus (a pun on Manna?) son of Lazarus who is obviously related to the gospels Lazarus. This character is responsible for hauling the dead bodies of the poor through the gates of Jerusalem and for paying the public stipend for the work. Between the 14th of Nisan (Passover) and the first of Tamuz (75 days) he tells Titus that he has hauled 115,880 bodies for the poor through the Gates, or 1545 per day.
Thus, when Judas states two days from Passover in Mark 14:5 that the more than 300 denarii could have been given to the poor, the author is making a hidden, comical point. As 300 denarii literally translates as 3000 *****, the money is just enough to cover the cost for the more than three thousand ***** being taken through the gates in the two days prior to Passover in Josephus.
At the end of this story there is talk of cattle dung and growing mushrooms or manna (or Manneus) on top of it. They starved the Jews to death and they started to eat cattle dung (War of the Jews 5,13,7) . I believe the Romans were using scriptures based on Ezekiel 4:9-16 advising the use of growing mushrooms/Herbs on top of cattle dung. The Romans using black comedy are saying Manna/Manneus should grow on the pile of dead bodies when the siege of Jerusalem Symbolized 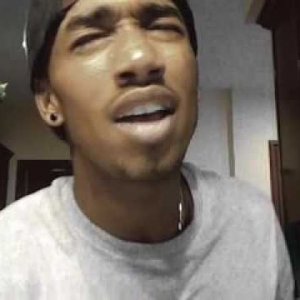