Chief Elder Osiris : The Most Visible Potent Enemy Against Black People And afrika Today, Is The President

The Most Visible Potent Enemy Against Black People And Afrika Today, Is The President Of The United states!!!

Keep Sharing The Divine Truth And Maybe, Just Maybe Somebody Black Might Hear You!!!

There is no greater terror being acted out in Afrika and against the Afrikan Libya People than what is going on today in Afrika Libya, which sends a psychological rein of terror throughout Black Afrika.

Therefore, the major terrorist of Black Afrikan people in Afrika, thus against all Black Afrikans who have a Spiritual connection to Afrika the continent, happen to be the president of the United states Of America.

Any Support given to the President Of America by Black people, immediately condemn the president supporters to be a party to the crime now being committed in Afrika Libya.

There is no Black afrikan, where ever on this planet, that can show Divine Justification for what the President Of The USA is doing to Afrika Libya today, and as he does it to one of Afrika States, so does he to all of Black Afrika States.

Which is to show nothing but disrespect toward afrika and our Enslaved ancestors, we all being of the Genetic root of our Ancient Cosmic Divine First Way Ancestors, which by the present mental display going on by the president Of The USA, verify an action of complete disrespect toward the Root Of Our Black Afrikan DNA, which in translation, happen to be our Ancient Cosmic Divine First Way Ancestors.

Yet here most of you so call Black Americans, getting all geared up to support the president for another run for the Presidency in and of America.

There is no clearer evidence that Black people in the world who are excited over the president Of The USA, function under the Mind guidance of Lucifer the Human Being, he who his confessed to you in his written bible of Religion, to be no more than a Liar and deceiver, and to have never been perfect in spiritual display.

It is the Luciferian spirit that the President Of The USA display toward Afrika and the Black Afrikan People, he who make claim not to identify with Race as being a natural acceptance of biological classification distinction.

The President of The USA, without doubt, dismiss the Divine Right of our Enslaved Ancestors to Reparation, as if to say that Chattel slavery victims in term of Justice entitle to them, has an expiration date, when in fact our Enslaved Ancestors never experienced a date whereby Justice was an experience of their Black Afrikan Enslaved lives in and by America, in or out of Afrika.

The Selection of Obama to become the appearance of a Black America President, has set all that prior Black Afrikans warriors have done, fighting to bring justice, Respect, and Freedom to Afrika and Black People.

He has set Black people back Thousands of years, in the era of inferiority complex mental expression and none action of self protection and respect.

The present president Of The USA, do not misunderstand me, if that is what you want, then you are elated, excited over America president, which no doubt is your choice and because your Mind does not extend beyond America in term of your life expectation, then to you, America has done a great service to you black Americans by selecting Obama to appear to be as you are, Black American.

Therefore, whatsoever decisions Obama make about Reparation, about Afrika Libya, and who he is president of, without obligation of favor to the victims of Racism, discrimination, and unjustified Prejudice, that is just alright with the Black Americans, you who are in favor of the attack upon Afrika Libya, the assassination of Qaddafi and the show of disrespect toward our Enslaved ancestors.

The Black American is as well, an enemy to the Black Afrikan Race and Afrika as well.

The Black Afrikan In America will not be able to deal with our obligation to ourselves and to our Enslaved Ancestors, and to Afrika, and to bringing Unity to the black Nation, not until we come to know and recognize the enemy to Black people Freedom to be in Afrika.

Be kind to yourselves, Beloved. 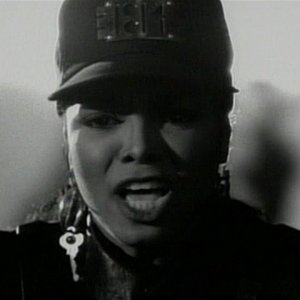