Black People : The more educated you are, less tolerance you have for poor blacks


Americans are more willing to provide extended government assistance to white victims of Hurricane Katrina than to African Americans and other minorities -- particularly blacks with darker skin.

Overall, the "penalty" for being black and a Katrina victim amounted to about $1,000, according to an online study by the Washington Post, washingtonpost.com and Shanto Iyengar, director of the Political Communication Lab at Stanford University.

More than 2,300 individuals participated in the latest experiment, which tested how much subconscious racial bias shapes attitudes toward disaster relief. The participants were skewed heavily toward Democrats and liberals -- only 12 percent identified as Republican. The sample, with many drawn from the Washington metropolitan area, was also highly educated -- 84 percent had at least a bachelor's degree.

Participants went to a Web site that featured a news article about the effect of the hurricane. A photo of an individual featured in the story accompanied the article.

But here's the trick: The race, gender and occupation of the featured person varied. Some participants read an article about a flood victim named Terry Miller who was depicted in the photo as a black man; others read the same item, except the Terry Miller in the photo was a white man, while in others, Terry became a black or a white woman. (The Latino victim was named Terry Medina.) In some photos, the skin tone was darker; in others, it was lighter.

After reading the article, participants were asked how much government aid hurricane victims should get for housing and general living expenses. For each type of assistance, participants could give from $200 to $1,200 per month, and from three months to a maximum of 18 months.

There was. People were willing to give assistance to a white victim, on average, for about 12 months. But for an African American victim, the average duration was a month shorter while the amount of aid was nearly the same, meaning that blacks would collect about $1,000 less than white victims.

Skin tone also mattered. A darker-skinned black person received about $100 a month less over a shorter time than a light-skinned white person, all other factors being equal -- a huge effect. Participants also were the least generous after reading an article on looting.

A complete analysis of the results of the latest Washington Post-Stanford experiment is available at www.washingtonpost.com/richmorin.

As a fool I am GLAD I am NOT highly educated about matters of choosing who will SOCIALLY LIVE LONGER over a REAL HELLISH SITUATION.

Decision like this do fall on "ruthless" white and the 'highly educated'.

you mean the more "schooled" you are, the less tolerance for poor black/Afrikan people,ultimately you educate yourself,like we as people have always done.
D

Im not surprised... we have black people going to schools that are controlled by secret societies, it should be expected that a person would indirectly take on the prejudice attitudes as well whatever else those colleges would want you to accept
B

Who exactly is this article talking about?

Is it saying that less formally educated white people (for ex. po white trash) are more tolerant of poor Black people? How valid are the findings in this article?

In general, we need to be careful that this article is not interpreted to mean that Black people should not get college degrees or that somehow education ALONE makes you less tolerant.

I'm saying this because some of those Black people who don't think much of formal education will use this to argue that college educated (Black) people think they're "all that" and don't like poor Black people.

IMO, we need as many Black people as possible with AAS, Bachelors, Masters and Ph.Ds in EVERY subject area available. Having a college degree does NOT stop people from reading their own history and anything else they want to read.

Not saying that there are no formally educated poor Black people, but the less formal education you have these days, the more likely you are to BE poor, especially if you are Black .

Bisabee said:
IMO, we need as many Black people as possible with AAS, Bachelors, Masters and Ph.Ds in EVERY subject area available. Having a college degree does NOT stop people from reading their own history and anything else they want to read.

Not saying that there are no formally educated poor Black people, but the less formal education you have these days, the more likely you are to BE poor, especially if you are Black .
Click to expand...

I don't agree with too many of your views but I have to give you much props on this.

We cannot allow education to be devalued and expect to excel, or even survive as a free people.

Our issue is the "formal" education we're receiving doesn't teach us enough about our true selves to equip us properly to deal with other ethnic groups.

Whites have no such issue.

Think about it, the article is implying more highly educated whites will support their own group more than they will others.

What's so wrong with that?

If they did this study on only college educated blacks and it turned out we too would give the most money to blacks, less to mulattoes, and the least to pale-skinned whites, then our education would have worked to produce a consciousness for us just as it has for them.

We need solutions to restore the value (and quality) of formal education for black folk while figuring out how to deliver the missing ethnic consciousness via that education.

Log in
Similar threads
Black Education / Schools : Is the more "Educated" African the worser African?
Black Poetry : Hiding Her was no more an Option!
Black Spirituality Religion : People who see God as white are more likely to see white job applicants as leaders
Black People : YOU WANT YOUR REPARATIONS.. A relief from Federal taxes would garner individuals more Cold Cash Capitol, plus it's your own money
African American History Culture : What Does BIPOC Stand For? Here’s Why You Should Consider Using the Term to Be More Inclusive
Black People : Black Afrikans Ain't Concern About Black Afrikans No More
Black People : Black People Don't Want To Be Black No More
Black Poetry : try be brave but like a sea wave getting washed ashore and squashed even more when I fish for Moby Dick and like KOBE just quick to do a lay up and be
Black People Politics : What in the World is He Doing? He selling us into four more years of this scam like Kayne W. was Trying To Do
Black People : Explain With A Scientific Reason Why "Black" People Are Dying Of COVID-19 More - Rapper Stefflon Don
Health and Wellness : Corona Virus more prevalent among African Americans? Really?
Science and Technology : Free Internet, Connectivity Issues and More Due to Covid19
Black People Politics : Senate Republicans block plans to make elections more secure from foreign interference
Phones and Apps : A 2-Year Study of More Than 5,000 People Shows This 1 Activity Destroys Your Emotional and Physical Health
Black Positive People : Overlooked No More: Bessie Coleman, Pioneering African American Aviatrix
Black People : TWEET EMAIL CALIFORNIA LEGISLATION New California laws 2020: Minimum wage, power outages, more rules changing in 2020
Black Relationships : WOMEN WHO MAKE THE 1ST MOVE HAVE MORE DATING SUCCESS
Black Poetry : Athletic cute engage in energetic pursuits some wanna charge their lifestyle so its strange but nice and wild and become more active and soar attracti
Black People Politics : Black Americans Are More Doubtful About Participating In The Census, Survey Finds
Health and Wellness : Chicken Recalled Over Listeria Concerns Was Sold in Kroger, Aldi, and More Stores
Black People : I Have Risen Out From The Grave Of Self Ignorance And I Study Religion No More!!!
Health and Wellness : Many dermatologists need more training on African American skin and hair
Black People : cold makes more intelligence
Black Sports : Simone Biles makes more history at U.S. Gymnastics Championships
Black People Politics : Sen. Rand Paul offers Rep. Ilhan Omar a trip back to Somalia to 'appreciate America more'
Health and Wellness : Even More Evidence That We’re Eating All Wrong
African American History Culture : The Myth Was $150,000 in Fraud. The Real Story Is More Interesting
Health and Wellness : How air pollution is doing more than killing us
Health and Wellness : Bad Diets Are Responsible For More Deaths Than Smoking, Global Study Finds
Black Weight Loss : Eggs May Be Bad for the Heart, a New Study Says—But There's More to the Story
Beauty - Hair Care - Fashion : One more thing
Black Relationships : Jahleel Addae: "Toast to more light skin babies"
Black People : We picked much more than cotton: How Black People made the world filthy rich
Black People : Black Woman Gives White Attacker More Than He Bargained For
Black Poetry : Christmas Is More Then, (" Midgets In A Work Shop").
Black People Politics : In Context Series: More than Country Rap: Hip Hop’s Impact on the Post-Civil Rights American South
Black Poetry : Ending when no more to send
Black People Politics : ◙ Black Revolts & Revolutions ▒ More on American Negro Slave Revolts
Black Poetry : These words soar and tower by turning on more power can
Science and Technology : The Earth is wobbling more than it should, and humans are likely the cause
Black People Politics : We need National Black Unity now more then ever!
Black People : Why white people need to admit that black people know more about pain
Health and Wellness : NEW MORE AGGRESSIVE STRAIN OF HIV
Black Spirituality Religion : What scriptures in the Old Testament support the belief that women are more emotional than men and m
Black Poetry : Put these rhymes in a container which exist and consist of one or more words and galore verbs my str
Black Christians : Megachurch Pastor Accused Of Defrauding People Out Of More Than $1 Million
Black Poetry : The donation of self for more to happen
Black Money Business Jobs : Black unemployment is at a record low. But there's a lot more to the story
Black Money Business Jobs : Black unemployment is at a record low. But there's a lot more to the story
The Police : Police Killed More Than 1,100 People This Year and a Quarter of Them Were Black
Share:
Facebook Twitter Reddit Pinterest Tumblr WhatsApp Email Share Link 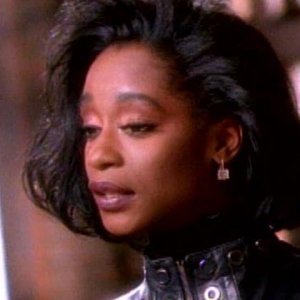