The Mind Of Black Afrikan Americans Is Chained To The Plantation Of Belief!!!

**** where all you have traveled to various regions of the world ethnic civilization, your scholarly achievement does not matter based on your educated indoctrination of Belief, makes no difference how many different languages you can recite the name of but not speak them, and even so, it does not change the present condition of your mind if freedom is not your objective in the act of living life.

Black folks claiming to be activists on behalf of Black inactive people and those Black Activists do nothing to inform the masses of Black Afrikans what it is we need to be doing to change the course of our Living condition, we have been made to believe that we are only to assist in maintaining the chained mind to the plantation of belief it being the house of ignorance that we live in and is without a desire to be free, belief is an enemy to freedom and that plantation is the house the mind of Black Afrikans are chained today.

So Yes, Hell Yes, the Mind of Black Afrikans today is chained on the plantation of belief and belief is what prevents the mind from knowing what it must do to save Afrika and Black Afrikan people from a revolving swinging rotating mind of complete self-ignorance and such ignorance is what reveals that such a mind is without the knowledge of what God Is and without such knowledge you reap what such a mind sow, which is a caste of Soul, Body, Spirit oppression residing on the plantation of belief.

All because our Mind is chained to the plantation of belief which prevents you from knowing that which you need, and that is your Freedom, as we refuse to act to secure the Black Afrikan mind on a foundation of Freedom.

Ignorance is your calling card in the presence of the Divine Truth as your mind is chained to the plantation of belief you are not with the energy to move in a way to be incited to act in the best interest of your Mind, so when the Divine Truth is presented to a mind chained to the plantation of belief, there is no energy present enough to invite you to act in the interest of Freedom, Justice, and Independence for the Mind of Black Afrikan people to be in Afrika.

To acknowledge that you know what is liberating to you, and you do not act to get what your Mind is deserving of which is your freedom, then that only shows how well secured we are with our Mind being chained to the plantation of belief and with belief, your mind is satisfied believing in fantasy and the fantasy Black Afrikans Mind is secured in believing in, is that Jesus is on his way to come and free your mind, oh yes, it is all about the condition of your mind, as the Mind is, so is the condition of the body performance, beloved.

So, no amount of words can save you who are in need of being saved, where there is no desire to put action to words you sentence your self to a caste of oppressive lies and deceit never to become organized with one mind thinking ability that is all about the Truth and Reality you need to be doing that will have you in an environment of freedom and Justice with independence in Afrika!!!

Reparation/Repatriation is your doorway to Freedom Beloved Black Afrikan Woman And Man!!! 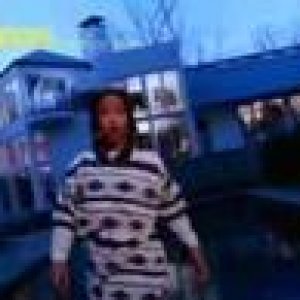