The subject of Consciousness Raising On-Line for Sunday, October 31, 2004 is The Magic Negro. See you at 3PM EST in Chat. Be there or be square.
OldSoul
oldsoul@whgbetc.com​

During Brother OldSoul's class this Sunday, we talked about the "magical negro" ... how most every major Black actor in Hollywood, if they've wanted success, have had to play the "magical negro" role. The role where they have some magic power, power used to help and save the White person ... oftentimes sacrificing their own life for them in the process. As we discussed this, we were hard-pressed to think of any Black actors that have reached any level of "success" in Hollywood, that has not had to play this role. Another role that Brother OldSoul mentioned, was where Black male actors must eventually put on a dress, play the role of a woman, if he is to go on and experience the greater successes in that arena. Of course this also applies to the Black female who wants success, she must bare her body and lay with a White man. This is the media, it presents the archetype (the original) by which the rest of us base our lives on, whether consciously or subconsciosly. Do what we say, please us, or you will not be accepted, you will not be successful.

This "black women with white men" ... or ... "black men with white women" ... or any of the other virtually trivial arguments we get into with each other ... is just a small manifestation of the bigger picture, in my opinion. The fact that we spend so much time fighting with each other over these topics, is just a sign of how damaged we are and how much healing we need.

Fortunately many of us aware of this conditioning that has and is taking place, and acting accordingly. Hopefully we can be patient with the rest of our Sisters and Brothers, as they too come into the knowledge of their own selves and aware of what is being done to us all. If we can't be patient with our Sisters and Brothers who may not be as aware as we are, then we too are still being greatly influenced by this conditioning, it's just manifesting itself in a different way.

The assault and devastation they put on us as a people, effects us in so many different ways, we really must learn to be consious of them all, in order to overcome them.

OldSoul : Declaration of the Rights of the Negro Peoples of the World 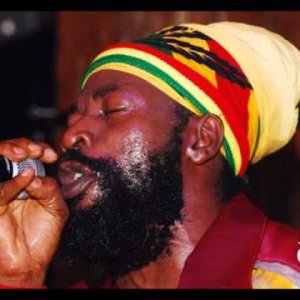