I was doing a little surfing recently and came across fascinating and maddening information on lynchings in the United States. I have listed several notable ones below. I only post this so we remember that it wasn't that long ago when blacks and black men especially, were not safe in this country.

Please take note of the number of "respectable" white women who were raped. This is just scratching the surface. Can anyone tell which state lynched the most blacks?

Charles Miller, John and William Scott) for boisterous, intimidating behavior. They resisted arrest and made their way out of town and back to the mines. The humiliated policeman gathered a lynch mob and set out after the black miners. A gunfight followed and one of the mob members was killed. By late afternoon, the black miners had been captured and jailed. The mob later dragged Miller and the two Scotts from the jail, placed nooses around their necks, took them to a black neighborhood known as Slaughter House Hollow and Butcher's Hollow, then lynched them. Burton, a teenager, was lynched just a few hours later.

Henry Henderson, Ingram, February 20, 1905 Note: A rock throwing mob chased Henderson into a river and watched him drown. They were angry that he had entered their community.

Arthur Jordan, Fauquier County, January 19, 1880, for miscegenation. Note: Arthur Jordan ran off with and married his white employer's daughter. The employer had him arrested in Washington, D.C. and returned to Fauquier County to stand trial on charges of bigamy (Jordan allegedly already had a black wife). A small group of masked men dragged him from the county jail in Warrenton and lynched him in the town cemetery.

Joseph McCoy, Alexandria County, April 23, 1897, for rape. Note: McCoy, who was jailed for allegedly raping his employer's daughters, was dragged from his cell and lynched from a lamppost at the intersection of two major downtown streets.

Thomas Smith, Roanoke County, September 20, 1893, for assault. Note: Smith allegedly assaulted Mrs. Henry Bishop, "a respectable white woman." The Mayor of Roanoke (Mayor Trout) tried to prevent Smith's lynching by calling out the local militia. In the ensuing battle, seven mob members were killed and at least 25 were wounded. Smith was removed from the Roanoke jail and the Mayor escaped to Lynchburg. The mob found Smith the next morning and lynched him. A local minister prevented the mob from burying Smith's body in the mayor's front yard.

George Towler, Pittsylvania County, January 11, 1892, for miscegenation. Note: Towler was lynched by his white employer because of his sexual relationship with the man's daughter, a relationship that was common knowledge in the town where the two lived.

Joe Walton, Brunswick County, July 1, 1901, for attempted rape. Note: Accused of attempting to rape his employer's daughter, Walton was placed in the Brunswick County jail in Lawrenceville, but before he could be tried, fifty masked men took him from the jail and lynched him.

You say "were" not safe in this country, as though they are safe now. Have I missed something? Can I relax my fears for my son's well being? Has the danger passed? Thank you for sharing this with us. Brings all kinds of thoughts to my mind. One being the fact that history shows us how black men were (mis)treated when they, for whatever reason, found themselves in the midst of a white woman.

Amun-Ra, is it their defiance that has been the catalyst for them seeking white women? My own nature is such, that if someone tells me I can't, I'm more determined to do that thing. I'm not suggesting that black men this day are choosing white women for this reason. Surely they are choosing them because they love them, but is this the root of it all?

I've gotten off topic. The state that lynched more blacks? Hmmmm ... my guess would be Texas (hoping it isn't my own Alabama).

and even more in recent history...

From the names of the counties, they appear to be east coast counties. I'm thinking Virginia, West Virginia, or Jersey...so what is the answer. TX is, as we know, notorious for executing the death penalty...


Ra, I just heard some information this past week. While working on a play Kumbayah - The Juneteenth Story, in the post show discussion, I heard that 3 people in MN had been lynched. This happened in Duluth MN. I don't have too many details right now but I'll do some research...

also lynchings take place in other forms. of couse we remember the dragging murder of Mr James Byrd. But not too long after that, a black man was barbwired to a tree and I believe also set afire, that was also in a TX county. They officials said it was a drug deal gone bad...

A short time before these two incidents, a man in West Virginia was hanging out with a couple of white friend and a couple of their white friends. The black man was reportedly dating a white lady in the group. They beheaded him and set him on fire.

Again in MN history. A black woman moved to the suburbs to get away from the ghetto. Her teenage son is dating a white girl. In a park where they kids hang out, a gang of white boys and girls beat and killed him with baseball bats.
T

Here's the link the lynching I mentioned earlier:

and here's the latest report on the sentencing of the white teens who beat and killed the young black man: 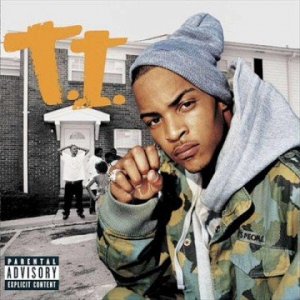