Uganda : The Less Than 1%: How Uganda’s Atheists Are Fighting Back

In many countries around the world, religious groups are pushing for conservative social policies and retaining their grip on society by dominating the public discourse and provision of social services. In Uganda, an extraordinarily religious country, the small but vocal atheist movement is pushing back — hard.

Although Ugandan law guarantees religious freedom, the reality is more complex. A2010 Pew survey found that 99% of survey respondents in Uganda identified as religious, with 86% of them identifying as Christian and 13% as Muslim. That leaves 1% of the population to represent minority faiths (including Hinduism, African traditional belief systems, Baha’i, etc.) — and the non-religious. It’s worth noting that the religious population in Uganda is also, well, religious, with 86% of respondents indicating that religion is “very important” in their lives, 82% attending religious services weekly, and 71% of Christians and 74% of Muslims stating that their holy books are the literal word of God.

This is no mere Sunday Christianity: it infuses every aspect of people’s lives.
Click to expand...


Despite the country’s secular laws, 64% of Christians and 66% of Muslims are in favor of making their religions the official law of the land. The president, Yoweri Museveni, is closely connected to the powerful Covenant Nations Church, headed by his daughter, and has been known to suggest that Ugandans are trusting God by placing their faith in him as president. His wife, Janet, is simultaneously a Member of Parliament and a patron of the Pentecostal churches of Uganda. She has also been reported to hint that her political power is God-given.

Even in a theoretically secular state, religion makes its presence known through the sheer majority of believers and the legislation they push. With 76% of the population believing that abortion is immoral, and 79% believing that homosexuality is morally wrong, it is no surprise that religiously-motivated legislation (such as the infamousAnti-Homosexuality Bill) garners popular support.

It is in this environment that the passionate atheist movement in Uganda has emerged, with few official organizations, but tangible effects and loud voices.
UHASSO, the Uganda Humanist Association, is an umbrella group uniting various Humanist organizations, with a strong focus on campaigning for social welfare, promoting unity across social boundaries, and promoting Humanism as a humane alternative to religious and ethnic fanaticism. The Atheist Association of Uganda was formed in 2009 to fight for the separation of church and state and challenge the harmful effects of superstition in Ugandan society. Freethought Kampala is an active society, holding monthly “Freethinkers’ Nights” providing a forum for discussion on a broad range of topics, including the Arab Spring, debating techniques, and the problem of skepticism running amok in the form of conspiracy theories. The society exists to promote freethought and critical thought, and attracts a wide audience to its events, stimulating dialogue in an audience of multiple faiths.
Click to expand...

I don't subscribe to cable television and lately, have been watching Nigerian and Ugandan television channels on Youtube. What I have noticed is a heavy Christian message in their scripts/plots. In some instances, it's as though I was attending a COGIC or Baptist church here in the U.S. due to dramatic praise and worship scenes. I wondered why this is the case so this thread answers some of that question for me.
Join Destee.com today!

Uganda : In Context Series: Maps for the Study of Uganda

Uganda : How to Avoid Getting Ill: Uganda President Hasn't Been Sick in 31 Years and Has Some Advice 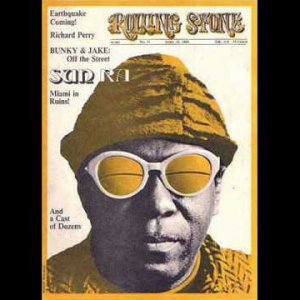