Brother AACOOLDRE : The Killing of MLK: "An Act of State"

The killing of MLK

“AN ACT OF STATE” By William F. Pepper

Pepper wrote this book “An Act of State” in 2003 being true to the title with respects to the real killer of King=”An act of State”.

The sequel to this book is The Plot to Kill King: The Truth Behind the Assassination of Martin Luther King Jr., 2016 which came out earlier this year.

I’ve listen to his lectures and radio interviews on Youtube. William F. Pepper is only writer on historical assassinations who uses a known killer as a teaser for the public to purchase his book. He has spent out of his personal pocket at least 1 million dollars of his own research. He has served as a lawyer on both sides of the wrongly convicted James Earl Ray and the King family. Before Coretta Scott King died in 2006 she recommended the public read Pepper’s book.

The teaser starts with claiming that the Killer of MLK was a former Memphis Police officer and has a son who works in Langley, Virginia, the headquarters of the CIA. When JFK was killed Roscoe White, A Dallas police officer was named as the Badge man up front.

I’m waiting on his 2016 book , The Plot to kill King to arrive, meanwhile I will discuss in small detail “An Act of State”:

In his Afterword Pepper states:

“The Blame for the initiation, planning, conspiracy, and execution of the killing should be laid squarely on the shoulders of agents of the government of the USA in collaboration with Memphis operatives of the Marcello criminal organization” p.273.

Pepper was able to get a former Attorney General for the United States Ramsey Clark to say:

“No one has done more than Dr. William F. Pepper to keep alive the quest for the truth concerning the violent death of MLK who in courageous and important words once said “The greatest purveyor of violence on earth is my own government. In An Act of State, Bill Pepper argues that very government violence was turned on America’s greatest prophet of non-violent change”-Ramsey Clark.

In the future writers shouldn’t use knowledge of murders as a teaser or leverage to get you to purchase their books. Accusers of President Kennedy assassination name, names and then proceed to prove it. He names the mysterious Raul Pereira as a Portuguese immigrant who is said to have had dealings with Jack Rudy, the killer of Lee Harvey Oswald. Ray ran guns for Raul.

A. The FBI J. Edgar Hoover gave his gay assistant Tolson $ 25,000 to the prison warden to allow James Earl Ray to escape prison in 1967.

B. Top NSA file photos of Eric Galt was given to Ray for his use to get international passports.

C. King didn’t go to the hospital DOA he was suffocated while in the ER by a Doctor under mob control.

For info on Roscoe white as the badge man see: http://web.newsguy.com/mcclung/northknollteam.html 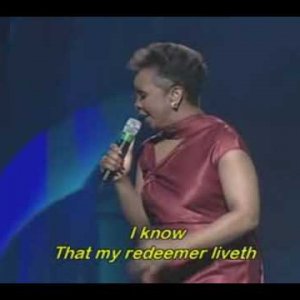