Deacs said:
It's a game.. here is an example.

Chic fi la was doing horribly in sales, so to drum up controversy they said they don't agree with the lgbt brigade. The brigade gets passed and boycotts, so they claim it goes against their Christian beliefs... so in response to the affront of an establishment which sells expensive nasty chicken, the various Christians rushed to purchase that food in support of homosexual tyranny, and now has an expanded customer base.

They told you up front it's a horrible movie. It was meant to be offensive. It was meant to solicit that response... but if you know that it is bad... why would you go see it?
The supposed hack by a foreign nation said by the fbi was an affront to an American freedom... and what do foolish patriots do to prove a point? Spend their money. Now a movie which had a strong possibility of not turning a profit got free publicity and dedicated customers for their product
Click to expand...

Yo.....that Chick-fil-a chicken is the truth! I know you say it's nasty...but....them chicken sandwiches be on point. That being said,they didn't drum up publicity,the dude even kind of backtracked. It was people who were upset that someone couldn't own a business and do what they wanted. White folks have always felt like they are free to do what they want.Chick-fil-a just happened to sell a dam good product.

I can't disagree with you about whites behind so much scheming, and the "white privilege" structured into the system. A few more quotes from Chin:

You might think that the American public would begin to rebel against these messy entangling alliances with the 1984-like demonizing of one new “enemy” after another. Not only have these endless wars drained trillions of dollars from the U.S. taxpayers, they have led to the deaths of thousands of U.S. troops and to the tarnishing of America’s image from the attendant evils of war, including a lengthy detour into the “dark side” of torture, assassinations and “collateral” killings of children and other innocents.

But that is where the history of “perception management” comes in, the need to keep the American people compliant and confused. (END QUOTE)

And then this one, which typifies the kind of Cheney psychopathic thinking of the CIA, Pentagon and State Department:

Other times, the administration put out “black propaganda,” outright falsehoods. In 1983, one such theme was designed to anger American Jews by portraying the Sandinistas as anti-Semitic because much of Nicaragua’s small Jewish community fled after the revolution in 1979.

However, the U.S. embassy in Managua investigated the charges and “found no verifiable ground on which to accuse the GRN [the Sandinista government] of anti-Semitism,” according to a July 28, 1983, cable.

But the administration kept the cable secret and pushed the “hot button” anyway.

As one NSC official told me, the campaign was modeled after CIA covert operations abroad where a political goal is more important than the truth. (END QUOTE)

What's scary is that's what drives US foreign policy.....and just about everything else.

Black People Politics : Charlie Rose interview with Assad: Did he make a blunder? 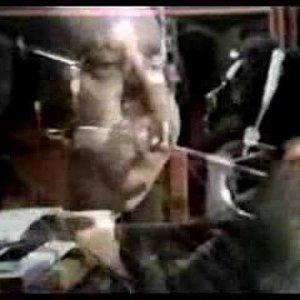