Democracy Now - "President Barack Obama has said the United States is considering putting North Korea back on its list of terrorism sponsors after the hacking of Sony Pictures. Last week, the studio canceled the release of the screwball comedy film "The Interview," about a plot to kill North Korean leader Kim Jong-un, following threats against theaters and a hack of corporate data, which officials say was ordered by the North Korean government. North Korea was on the U.S. list of state terrorism sponsors for two decades until the White House removed it in 2008, after Pyongyang agreed to full verification of its nuclear sites. Last month’s cyber-attack was claimed by a group calling itself The Guardians of Peace. The group released the salary and Social Security numbers of thousands of Sony employees, including celebrities, and also threatened to attack screenings of the film. Although U.S. officials have said North Korea is behind the attack, many experts have questioned whether the evidence is sufficient. North Korea has denied involvement and proposed a joint investigation with the U.S. government to prove it. We are joined by two guests: Tim Shorrock, an investigative journalist who has been writing about U.S.-Korea relations for 30 years; and Christine Hong, assistant professor at University of California, Santa Cruz, and an executive board member of the Korea Policy Institute. Hong has spent time in North Korea, including a visit to the country as part of a North American peace delegation."
http://www.democracynow.org/2014/12/22/the_interview_pokes_fun_at_north
​

Chic fi la was doing horribly in sales, so to drum up controversy they said they don't agree with the lgbt brigade. The brigade gets passed and boycotts, so they claim it goes against their Christian beliefs... so in response to the affront of an establishment which sells expensive nasty chicken, the various Christians rushed to purchase that food in support of homosexual tyranny, and now has an expanded customer base.

They told you up front it's a horrible movie. It was meant to be offensive. It was meant to solicit that response... but if you know that it is bad... why would you go see it?
The supposed hack by a foreign nation said by the fbi was an affront to an American freedom... and what do foolish patriots do to prove a point? Spend their money. Now a movie which had a strong possibility of not turning a profit got free publicity and dedicated customers for their product

First of all, it was and is about more than Obama political posturing and/or Sony's bottom line....

Second of all, the brief version, after Bush Junior's bogus claims, aka no weapons of mass destruction found in Iraq, etc., whatever the facts reveal about the boy turned ruler of North Korea, is he a bigger threat than Assad or Putin to their way of life, etc.?

So, fool me once, shame on you, but fool my twice?

I haven't been in here for a while, and Global Research just came out with a blistering article on this subject: "False Flagging the World Towards War: the CIA Weaponizes Hollywood," written by Larry Chin, a regular contributor to Global Research.

Quoting a portion or two from it:

The coming conflicts in North Korea and Russia are no exception.

Mass public hysteria is being manufactured to justify aggression against Moscow and Pyongyang, in retaliation for acts attributed to the North Korean and Russian governments, but orchestrated and carried out by the CIA and the Pentagon.

The Interview, bears all the markings of a CIA false flag operation.

The hacking and alleged threats to moviegoers has been blamed entirely on North Korea, without a shred of credible evidence beyond unsubstantiated accusations by the FBI. Pyongyang's responsibility has not been proven. But it has already been officially endorsed, and publicly embraced as fact.

The idea of America under attack by North Korea is a lie.

The actual individuals of the mysterious group responsible for the hacking remain conveniently unidentified. A multitude of possibilities—Sony insiders, hackers-for-hire, generic Internet vandalism—have not been explored in earnest. The more plausible involvement of US spying agencies—the CIA, the NSA, etc. , their overwhelming technological capability and their peerless hacking and surveillance powers—remains studiously ignored.

This project, from the creation of The Interview to the well-orchestrated international incident, has been guided by the CIA, the Pentagon, and the State Department from the start.

It is propaganda. It is a weapon of psychological warfare. It is an especially perverted example of military-intelligence manipulation of popular culture for the purpose of war.

There is nothing funny about any of it.

The Interview was made with the direct and open involvement of CIA and Rand Corporation operatives for the express purpose of destabilizing North Korea.

Other government figures from the State Department, even operatives connected to Hillary Clinton, read the script.

The infantile, imbecilic, tasteless, reckless idiots involved with The Interview, including the tasteless Rogen and co-director Evan Goldberg, worked with these military-intelligence thugs for months. Hung out with them. They do not seem to have had any problem being the political whores for these Langley death merchants. (END QUOTES)

There's much more to this, but you get the idea. The ultimate target, Chin says, is China. Plus considerable commentary about Russia, Putin and other assorted "bad guys" to blame to justify US foreign policy toward the insanity of nuclear confrontation.

Chin has previously written of 9/11 being a false flag inside job, and does so convincingly.

Black People Politics : Charlie Rose interview with Assad: Did he make a blunder? 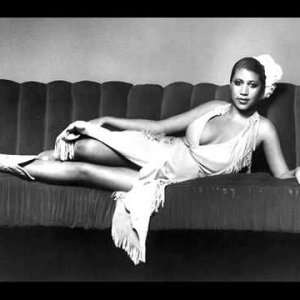