Orisons said:
Doesn’t this total DISASTER in Libya which has cost 30 thousand lives highlight the fact that the so all pervasive onslaught/WAR being waged in every area of human activity for over 2000 years now on non-whites in general, the peoples of African ethnicity in particular far from being over is actually being ratcheted up, with Obama being President disguising a particularly vicious piece of White Supremacist Racism whereas wouldn’t a white President of the USA have received far more grief in similar circumstances?

Isn't anyone who genuinely believes they are not programmed ​
graphically illustrating that their programming is COMPLETE?​
Click to expand...

and even more critically intelligently organized and focused leadership, which is why Gaddafi’s death is such a huge disaster isn’t it?


Slavery didn't so much end as evolve into European domination in every area of human activity, thus wouldn't you agree that the Monetary Chains currently strangling this planet are 10 times more efficient than the irons they used on the ancestors and their tortured, mutilated and murdered siblings in any case?​
Are you aware of the FACT that Direct slavery only ended because slaves were property and thus had to be maintained and looked after as valuable assets, weren’t they, by the more intelligent owners, as opposed to a permanent underclass that [followed slavery] is still utilised as cheap labour without having to feed, house and look after them and their dependents creating a far more efficiently parasitic relationship?​
Wouldn't you agree that the TRUTH is that we peoples of African ethnicity in the USA, the rest of the Diaspora and Africa are in a War that has NEVER EVER been openly declared by THESE despicably cowardly White PARASITES, just very very efficiently waged and that from the moment Alexander the Macedonian peasant overran Khemet right through to Darfur TODAY we've continued to lose this WAR, haven't WE?​
Wishing this WAR away hasn't worked for the African collective in the USA, the rest of the Diaspora and Africa for the last 500 years because Slavery and Colonialism didn't so much end as evolve into the current reality of of White socio-economic domination in every area of human activity so why are WE expecting the chaos in our communities and countries to improve in the near future when we haven't created the intelligently organised and led collectives required to compete with the rest of Humanity in the 21st century?​
Is there any denying that the main reason we're still the "VICTIMS" as highlighted by the HOLOCAUST of the last 500 years is the FACT that we have not organised our communities and countries with intelligence and foresight comparable to the other ethnic clans, with most of our leaders not even acknowledging that this WAR is on?​
What chance do we stand when our Boule dominated socio-economic elite [they're 104 years old this year, have you read Steven Cokely's exposee of these so dangerous CLOWNS] in the USA are completely under the control of our enemies of over 500 years now?​
Wouldn't you concede that in a World dominated by intelligently led collectives any group not organised with comparable intelligence is a "Victim in Waiting" who wont have to wait long; and as highlighted by the GRIEF in Iraq and Afghanistan which will be extended soon to Iran and then Syria; even when you do there is no guarantee you wont be BULLIED [especially if you're in possession of massive mineral wealth] or totally destroyed [as exemplified by the destruction of Saddam's in Iraq and now Gaddafi's in Libya]?​
Why haven't the USA and the West punished China's annexation of Tibet in the 60's like they did Sadamm's of Kuwait or Gaddafi’s alleged attack on his own people?​


The answer is simple, isn’t it, they cannot bully an industrialised nuclear armed country with a 3 million man army that could be boosted by conscripts to 10 million with minimal effort? ​
Isn’t anyone who genuinely believes they are not programmed ​
graphically illustrating that their programming is COMPLETE!​

I think that it is more then clear that we are being dominated by the Euro-Elite. By their western system of subjugation and mass domestication via religion. By our own pacification for equality and to be part of the elite.

It has become easier to play along then to be constantly struggling and dieing by the hands of those with superior weapons. We are being killed by our own, for the benefit of those who may be part of the elite.
Our African people are loosing sight of who we are, and a great many are accepting a third tier cast system as normal.
El Navegador

Corvo said:
I think that it is more then clear that we are being dominated by the Euro-Elite. By their western system of subjugation and mass domestication via religion. By our own pacification for equality and to be part of the elite.

It has become easier to play along then to be constantly struggling and dieing by the hands of those with superior weapons. We are being killed by our own, for the benefit of those who may be part of the elite.
Our African people are loosing sight of who we are, and a great many are accepting a third tier cast system as normal.
Click to expand...

We [African Men in Africa and the Diaspora which includes the USA] are at fault, aren't WE , in that collectively we have consistently failed[especially over the last 500 years] collectively to organise ourselves intelligently to protect our families, communities and countries; including losing control of the wealthiest continent on Earth?

NOW can you relate to why the more easily spiritually, factually and intellectually challenged of our women don?t respect us [illustrating that they don?t respect themselves as we cannot make real progress without being together], in that we are STILL mammals, and don't females ALWAYS look to mate and create their families with the best PROVIDERS?

However the chaos in our Countries in Africa and our communities in the USA, Brazil and the rest of the Diaspora shows that we are still making serious mistakes, the worst of which is not being collectively focused on building up our own socio-economic networks and infrastructure, which is what everyone else does as standard, isn't it?

Until we use an updated History curriculum to de-pollute our collective knowledge base aren't we very very likely to remain totally socio-economically dysfunctional from top to bottom; due to our Boulé dominated socio-economic elite [have YOU read Steven Cokely's exposé of these CLOWNS] being even more genuinely CLUELESS than the lower echelons [who are usually just AUTOMATONS in any case]?

Isn’t it also our duty to program ALL of our people to consciously acknowledge our African ethnicity as a blessing as opposed to a curse, thus until we do; aren't we extremely unlikely to even begin to think about fulfilling our main responsibility; to deduce and construct the socio-economic vehicles that will allow us to collectively advance and compete with the rest of Humanity in the 21st century?


Isn’t anyone who genuinely believes they are not programmed ​
graphically illustrating that their programming is COMPLETE?​ 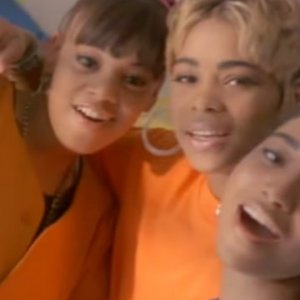