The general masses of
Africa in over 50 nations have taken note
of what has occured in Kemet
(Egypt) and understand that
single nation, protests are of no avail, however, the do know that
what did transpire after the ouster of Amrica's errand boy,
like any Mafia action, is now(military clamp down violence)
is sanctioned by the United States!

With the amount of US involvement in neoconservative opression,
via AFRICOM,
and neoliberal opression via the US dominate IMF,

to keep the greater masses of You and I ambivalent, non concerned and,
inactive regarding these activities to our Ancestral Homeland.

What is of greater importance is for them to keep us off focus of
Black Nationalism,
that not only would provide a safety net for us here , whenthe US economy takes it's plunge (see youtube;Gerald Celente),

but would also put as at a trillion dollars spending power (16th largest nation in the world) in the position as Garvey, Elijah Muhammed, Malcolm, Carlos Cooks, and Dr Amos Wilson stated,

to loan and invest in Africa, as well as boycott companies that promote exploitation there,
and protest and vote against US hostile involvement as US citizens , and a nation within a nation

Ankhur.. rreally though.. their couldn't be any radical use of U.S. currency.. What happened to Garvey? What happened when he tried to fund his ideas? The financial markets are part of the system of control.. the currency doesn't even belong to you.. and the use of it is conditional. Their can be no real and open accumilation of power in U.S. currency. Those accounts would be frozen and those assets seized in the blink of an eye.. your organizations financial activity would be linked to some mocked-up terrorist activity and you would be indicted.. and lets not forget, on another level, who controls the value of the currency.. Black Nationalism needs to be updated to African Cooperation.. cooperation is much harder to stop.. or to freeze.. or to seize or to outlaw..

The NYC Dominican community send back over a billion each year,
the Senagalese street vendors back in the 90s also sent collectively close to a billion US to Senegal, now this economc strategy, may not be the end all or be all but lets look at the facts!

Garvey had us more unified in focus toweards Pan Africanism, without any technology, television cable, internet, just the print media of the UNIA published in 4 languages and sent to 5 continents.

Please do not overlook the millions in charities from Black NGOs and corporations sent to the Motherland right now, as well as the millions in business black companies are engaged in.

Now Africa will face devastation , as the despots who rule now will now longer receive the crumbs from an economically destitute EU and US, and really not one invasion or drone would be engaged in without China's economic support and wink and nod, there fore who else but us can help in some way?

but you talk about opposition, who had more opposition then your and my ancestors leaving thiose plantations into a hostile blood thirsty racist environment with nothing but the rags on their backs

They had no timer for doubts, fears, pity parties or naysaying the future of their progeny

Doesn’t this total DISASTER in Libya which has cost 30 thousand lives highlight the fact that the so all pervasive onslaught/WAR being waged in every area of human activity for over 2000 years now on non-whites in general, the peoples of African ethnicity in particular far from being over is actually being ratcheted up, with Obama being President disguising a particularly vicious piece of White Supremacist Racism whereas wouldn’t a white President of the USA have received far more grief in similar circumstances?

Isn't anyone who genuinely believes they are not programmed ​
graphically illustrating that their programming is COMPLETE?​ 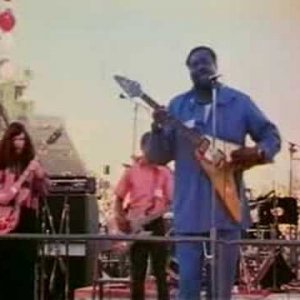