Melanin is a molecule, but a very large complicated and complex living molecule. It has a very high molecular weight of over 200, meaning that one molecule of melanin is composed of a three dimensional configuration of over 200 individual atoms. It is a living molecule, a life chemical, and it is charged like a battery. In fact, it operates like a battery or super-conductor, yet it is heat-resistant and is characterized by a nice, sweet fragrance.

Melanin is responsible for manufacturing and sustaining life and it keeps the Black human in constant contact with the natural energies of the Universe.This is because Melanin is found not only in the skin, hair, and eyes, but it is also contained in many other vital organs of the body as well. It is in the nervous system, the spinal cord, the glands, the brain, the DNA, the muscles, intestines, heart and liver. Its presence can be found throughout nature and is also found in many of our foods plants, seeds, fruits, and vegetables.It is also found in animals, in the soil, in the bark of trees, rivers, streams, and seas. In explaining the importance and significance of melanin in African physiology, Professor T. Owens Moore, in his book The Science of Melanin, liken melanated people to plants: A melanated human body is synonymous with chlorophyll in plants. The chlorophyll functions as a converter of solar energy. Similarly, melanin is a converter of physical energy. We know that such pigments are essential to maintain the vitality of the plant. Thus, no flora without pigment exists on this planet. White leaves do not exist. The pigment chlorophyll is necessary for all vegetation. Similarly, melanin is important for proper human physiology.

Yes, the same melanin that gives life to the plants that grow in the soil is a life giver to humans as well. On the molecular level the electrons in melanin molecules orbit and rearrange themselves. They undergo what is called resonance. This rearrangement of electrons causes certain energy shifts in the body. This energy is then used in metabolism and cellular organization. Melanin depends on nitrilosides to keep itself clean. When we eat synthetic foods, or cooked foods, we don't get enough B vitamins and a lot of toxins are not removed and end up in the brain, states Dr. Jewel Pookrum.When melanin becomes toxic, it adversely affects the biochemistry, and the individual with toxic melanin becomes susceptible to a host of diseases.

How does melanin become toxic? When we eat certain foods that are not compatible with our physiology, melanin is blocked from making the energy exchanges that are needed and this has resulted in dysfunction and disease. Dr. Laila Afrika states in his book, African Holistic Health: Blacks have specific nutritional and dietary needs. These nutritional needs arise because we have specific bodily differences as compared to other races and cultures. For example, over 70% of Black people (worldwide) cannot digest cattle milk. In addition, the intestinal florae (bacteria, virus, fungus and yeast) that naturally live in Black people's intestines are unique to Blacks. Subsequently, Blacks assimilate food in the intestines differently. Also, despite centuries of living in countries outside of Africa , their intestinal florae are the same as it was in their ancestor's stomachs 2,000 years ago in Africa . Melanin (black color pigment) is obviously most abundant in Blacks.

This melanin aids in protecting Blacks from the ultraviolet rays of the sun. It also increases the speed of nerve and brain messages which are transmitted between the left and right hemispheres of the brain and all nerve signals transmitted throughout the bodily nerve network Black people's blood crystallizes differently from Caucasian's blood.These are some of the many reasons why Blacks have unique nutritional, medical, and dietary needs. After African people were transported into the cities of America and Europe during slavery, their eating habits were changed drastically and suddenly. The result has been chronic and metabolic diseases of all kinds.A brief look at the African-American diet tells the story. The food shelves of Black Americans are now lined with high carbohydrate foods that have been processed, refined, synthesized, artificially flavored, and loaded with chemical preservatives.To compound this problem, most of the vitamins, trace elements, and enzymes are completely removed through the manufacturing process, mostly so as to render the food more durable. We are told by the food processors that the vitamins and minerals are put back into the food before sending it to the market.And so we see the word enriched on our bread, milk, and other foods. But make no mistake about it; nothing is left but raw starch which has little nutritive value. These starch synthetic chemicals are injected, which form only part of the missing vitamins, and are not properly ingestible by human beings because they are not in balance.

Most African-Americans assume that it makes little difference what they put into their stomachs as long as they are full. And one of the leading culprits in the way of poisonous foods eaten by Black Americans is soul food. Ham, potato salad, French fries, pork chops, chitterlings, collards, pig feet, cornbread, black-eyed peas, and hog maws. All of these foods are cooked in or laced with pork fat, lard, milk, eggs, butter, salt, spices, and lots of refined sugar. These foods are not compatible with our bio-chemical makeup, and are responsible for the many diseases that we suffer from today. Let us pause, then, and reflect on the significance of this knowledge. Is it possible that hypertension, heart disease, cancer, diabetes, rheumatic diseases, much of our gastrointestinal disorders, sickle cell anemia, and skin disorders all are related directly or indirectly to a deficiency in our diet?

Let us return to the main topic African Bio-chemistry, and to the realm of those questions for which we do have answers.It is no longer a speculation, but a fact supported by a mountain of evidence that nitriloside (beta-cyanogenetic glucosides)-rich plants and foods are a vital part of an amazing bio-chemical process in the African body type.The compound nitriloside occurs abundantly in nature in over twelve hundred edible plants and found virtually on every continent in the world. It is mainly found in the seeds of those fruits in the Prunus Africanus and Prunus Rosacea species of plants. It can also be found in grasses, sorghum, millet, cassava, and many other foods that generally have been removed from the foods of Western civilization. Like sugar, nitrilosides can be classified as a food component or a food factor. It is non-toxic, water-soluble, and completely normal to and compatible with human metabolism. Since it was an essential food compound in the diet of our African ancestors, I call it African Nutritional Factor. African physiology evolved over millions of years to be in the best possible harmony with the diet our ancestors were eating. If we were to eat now approximately what we ate then, our bodies will automatically tend to resume the harmony of their natural state.

In other words, our immune systems would perform at its highest function if we give it those food nutrients, in the form that it craves.The African diet was primarily vegetarian. That is, our diet was almost exclusively from the plant kingdom. Very little animal or dairy products were eaten. However, today, the foods that once provided African-Americans with ample amounts of natural nitriloside compounds were replaced altogether by foods almost devoid of this factor .Significantly, it is during the time span that we have been in the Americas that the cancer rate has moved steadily upward to the point where, today, it is one of the number one causes of death of Africans in America. Excerpt from "THE SCIENCE OF AFRICAN BIOCHEMISTRY" 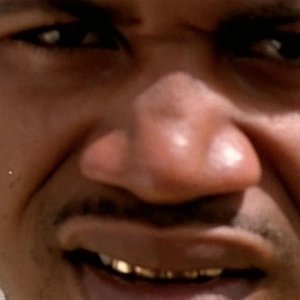