WASHINGTON - Black buying power is expected to reach $1.1 trillion by 2015, according to The State of the African- American Consumer Report, recently released, collaboratively by Nielsen, a leading global provider of insights and analytics into what consumers watch and buy, and the National Newspaper Publishers Association (NNPA), a federation of more than 200 Black community newspapers across the U.S.
“Too often, companies don't realize the inherent differences of our community, are not aware of the market size impact and have not optimized efforts to develop messages beyond those that coincide with Black History Month,” said Cloves Campbell, NNPA chairman. “It is our hope that by collaborating with Nielsen, we'll be able to tell the African-American consumer story in a manner in which businesses will understand,” he said, “and, that this understanding will propel those in the C-Suite to develop stronger, more inclusive strategies that optimize their market growth in Black communities, which would be a win-win for all of us.”
.......
“We see this alliance with NNPA as an opportunity to share valuable insights, unique consumer behavior patterns and purchasing trends with the African-American community,” said Susan Whiting, vice chair, Nielsen. “By sharing, for example, that African-Americans over-index in several key areas, including television viewing and mobile phone usage, we've provided a better picture of where the African-American community can leverage that buying power to help their communities,” she said.
.......
According to the report, consumer trends include:
• With a buying power of nearly $1 trillion annually, if Blacks were a country, they'd be the 16th largest country in th......
http://www.finalcall.com/artman/publish/Business_amp_Money_12/article_8204.shtml
The nation's poverty rate rose last year to 15.1 percent, up from 14.3 in 2009, according to a new report from the Census Bureau.
September 13, 2011
The nation's poverty rate rose last year to 15.1 percent, the highest level in 17 years, according to new data from the Census Bureau. The agency's latest poverty report, released Tuesday, shows that 46 million people were poor and that the median income dropped last year by more than two percent to about $49,445.
Not unexpectedly, the continued lack of jobs was the main cause.
Economist Rich Burkhauser of Cornell says income declined for just about everyone and — surprisingly — at a faster rate overall than it did in 2008, when the recession was in full swing. Burkhauser says the main reason is a big decline in the workforce.
"The number of males who are working has fallen by over 3 million workers since 2007, and last year it fell by another 650,000. So that's very disturbing," he says.
Employment among women also shrank, and the percentage of the employed who are only working part-time also grew. This pushed more and more people below the poverty line, which the Census Bureau defines as a family of four with income below about $22,314 a year.
For certain groups, the news was especially bad. The poverty rate for Hispanics was about 27 percent. It was about the same for African-Americans, like Andre Colter of Washington, D.C.
"No one dreams of becoming homeless. No one dreams of becoming unemployed," Colter says.
http://www.npr.org/2011/09/13/140438725/census-2010-saw-poverty-rate-increase-income-drop

Good info, Thanks that support some of my views on how things are about to become.
Even though they (the government) want us to believe that things are getting better when the reality is that it is not.
It is worse than what they are saying and telling the world. 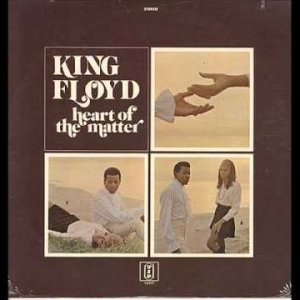