Chief Elder Osiris : THE ILLUSION OF MORALITY AND THE FACT OF EXACTNESS

THE ILLUSION OF MORALITY AND THE FACT OF EXACTNESS


The Human Being has presented to us How we are to live our Life and how it is to be experienced on two levels of Living, one to be guided by a set of Human created principles labeled to be categorized as being Moral and Immoral and the other as being of animal instinct, leaving no way for you to know that Life being on the Highest Anthropomorphous Level, is to be Lived exactly as the Universe present its action to all that is a part of the Universe action, meaning that the Highest Being, that have the Highest order of reasoning, has the ability to live a Life of exactness and not a Life divided into expressing attitudinal Behavior that is expressed on an animal and Religious level, namely Moral and Immoral Level, levels that show to be only an illusion, because only Exactness is of a Divine Nature of Action, which is Divinely Real.

When dealing with a Law that dictate and guide our attitude and behavior and place the action of such attitudes and behaviors into two categories that express approval and disapproval and label such as being either Moral Behaviors or Immoral Behaviors, such a classification is that which has been created by the Human Being, then know that such Standards of Attitudinal Behavior serve to be no more than an Illusion, serving to no benefit but to those that have created the categories and classification that measure Life acceptance of behavior by a Society that operate under the Domination and Control of those that have created the Social Mores of that Society, guided by what is considered to be religious belief, such serving to be only an illusion to your Life way of living.

In Morality and Immorality, there is no exactness in such a Life behavior, because the Moral aptitude we strive to exhibit is based upon an illusion, based on a set of Human Beings Principles, categorized to be Right or Wrong.

Such Moral and Immoral persuasion change in its meaning at the behest of those that create such Social Classifications and they be those people who have clearly confessed to be Born in Evil and is shaped in acts of Lies and Deception, such Beings confess never to have been perfect in expressing Life Behavior of the Human Being.

To be a Being of Exactness, identify you to be a Being that is not of the Human Being nature but is of the nature of a Divine Being, from which a People that have once lived a Life not as an Animal but as a Divine Being, a standard of Living that need no Social Religious Classification to identify the caliber of Attitude and Behavior expressed in our Daily Life way of Living, because to be exact is to be Divine, because such a Perfection operate on such a Divine level of Living where there is Life Living that demonstrate a Life in motion that conduct its action in Harmony, Order, And Balance, such exactness need no Moral and Immoral code of Standards to Guide a Divine Life way of Living, a life living not by Human Beings but by Divine Beings.

Any Society that need a code of Social standards and such standards are Divided into categories of Moral and Immorality, which classify the action of Attitudinal Behavior that is so created by the Human Being, such a need to draw such a distinction in Behavior of the Human Being, such just verify that such a Being can not be Trusted to be Truthful with you because in the Human Being Mind, all Human Beings are no more than Animals and with instinct to verify such attitude and behavior.

Now here we are about to witness the Racism and Trickery of America Deceiving Power, attempting to use Michelle statement of just now coming to be able to observe something about America that can make her to be proud of the Way America is reacting toward her Husband and now her statement is being used to mean that Michelle has never had any reason not to be proud of America which she refer to as her country.

Beloved, for Michelle to have said anything less, would have given me cause to look at her in disdain, because any Black Woman and Man that can not voice the sentiment of Michelle which imply there are Times when being Proud of America was not a Part of the Black Mental Psychic and that can be understood, because to have always had Pride for America would mean that Black Folks are well pleased with the attitude and behavior America has exhibited toward black People, an America with a Past that did in fact capture and Enslaved our Afrikan Ancestors and by the Human Being Standard, such an Attitude and Behavior displayed toward Black People of that Time was in fact Morally accepted, causing such a Term to be only an illusion, a Fantasy in action.

This is not to say that I agree with Michelle statement about now having come to Respect America with Proud, because there is not one Thing America has and is doing that can cause me to make such a Statement as Michelle has made about America and still there are those Liars and Deceivers in America that will try and use Michelle Statement against Her, just as they are doing with Barrack Statement using Axioms of Past America People of Greatness and claiming that Barrack has committed the Immoral act of Plagiarism and there are many Afrikan Human Beings that is re-enforcing that lie in trying to appear so nonpartisan and or is in support of Obama Challenger for America President.

Such a Display of Erraticism is what demonstrate the lack of Exactness, which is Missing in the Human Being way of doing things in Life.

What Black People have to learn to do is not be so available to being influenced by people with a History of Lying and Deceiving Black People, not even when it might appear that those same people are considering to allow Obama to occupy their White House, because the Human Being has been Successful in misguiding Black People, because Black People have been well coached in how not to Think anymore and it is the Handicap that have Black People to be so emotional involved with People that strive not to be exact in the way they Live their Life and is always ready to offer an excuse for their lack of Exactness, which require a Divine Way of Living, a Life way of Living that is only accustom to the Divine Black Being, turned to become Black Afrikan Human Beings with no shame in the way many of us are reacting negatively toward Obama, a Man that do not have the Historical Background as those other people that are competing to become President of these United States.

What pitiful Black People we are, take away Obama and what do you have to Choose from in this Presidential Election, oh yes, I have Forgotten, Black folks have Been Coached to Become Color Blind along with our Absent Mindedness, so when it come to the Human Being now Days, the Same Being that Destroyed Afrika and disassembled an entire Black Nation and caused it to become a Conglomerate of Tribes in Afrika, always Fighting against each other for no Wise reason at all, we are ti forget about the Human Being attitude expressed toward Black People, and it is that type of an attitude that have many of us praying that Obama do not become America next President and my question is to you Afrikan Human Beings, Why Not ?

For Obama to become America Next President, nothing can become more Political Moral than that, but is only an illusion, yet it will become an act that will once and for all magnify the Racism of Lucifer, in revealing where the Power does not reside in America Politics and does not reside in that White House.

Nothing can be more Morally Immoral than america Politics, which serve to be a Sub-Stratum of World Politics, Govern, Controlled, and Dominated by the Fraternity Of Lucifer, the bearer of the False Light ( Knowledge ) housed in the Institution of Lucifer Religion of all sorts and Denominations, yet Lucifer remain allof away from all of the Institutions under their control

I will close by sharing with you that I do not Feel without Doube about what is about to happen on the political acene regarding Obama, yet all things appear to be coming in his favor, so brace yourself in case Lucifer Action does not follow your Wish in this Presidential contest..

Here Is Lovingly Thinking Of you

Chief Elder Osiris : A MIRACLE IS AN ILLUSION, SHAPED BY THE FANTASY OF YOUR BELIEF

Chief Elder Osiris : What Is Illusion

Chief Elder Osiris : Let Us Fact The Facts, Most Black People, In And Out Of Afrika, Do Not Give A **** Ab 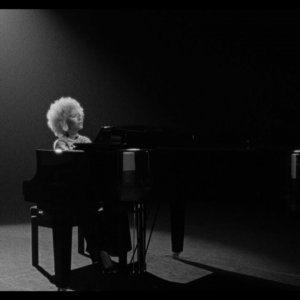