"...Three educators making their first public statements since resigning under pressure from administrators at the Howard University Middle School of Mathematics and Science. Dajae Gilliard, Falani Africa and T’Shango Mbilishaka spent the hour with us sharing their views on what occurred and the broader context of Black education."​


"...Three educators making their first public statements since resigning under pressure from administrators at the Howard University Middle School of Mathematics and Science. Dajae Gilliard, Falani Africa and T’Shango Mbilishaka spent the hour with us sharing their views on what occurred and the broader context of Black education."​
/QUOTE]

What on Earth is going on when so many of the prominent people in our community so publicly highlight just how genuinely lost and totally confused they are, as very very spectacularly highlighted by the MOBO awards here in the UK [I’ve never been a fan because the concept is fundamentally flawed, isn't it] though I must concede that MUSIC OF AFRICAN ORIGIN awards doesn’t have the same ring [but do you get my point]?

Would you believe that even within the very organizations/groups and individuals aspiring to lead our communities and countries forward in the 21st century, my personal experience [and glaring omissions like no Soul category by the MOBO's] highlights that our alleged luminaries /intelligentsia, are STILL very obviously trapped in their alleged “BLACKNESS” as opposed to being spiritually and intellectually agile enough to be consciously embracing their African ethnicity?

Isn’t the truly critical factor here how WE consciously discern/view and label ourselves as opposed to how the rest of Humanity generally, the so consistently maliciously hostile European [allegedly CHRISTIAN] collective [and their lackeys cohorts of varying ethnic origins/hues] specifically, [who continue to delude themselves that only they KNOW the WAY Humanity is meant to GO/GROW] who have been very very consistently decimating this planet and everyone and thing on it, for over 2000 years now, choose to tag us?

When WE don't educate/rationally program ANY/ALL of our people to consciously acknowledge our African ethnicity [as opposed to alleged Blackness/how BLACK is Halle, Barack and many of the so diversely mixed peoples of African ethnicity] as a blessing as opposed to a curse; aren't we extremely unlikely to even begin to fulfil our main responsibility; to deduce and construct the socio-economic vehicles that will initially adequately secure, sustain and nurture our communities and countries, creating the possibility of us eventually collectively advancing and competing with the rest of Humanity in the 21st century?

Why are we the only ethnic group on the planet using a colour [Black as opposed to our original source, the African continent] to label our activities in every area of human activity as opposed to getting rid of one of the more obvious chains put in place over the last 500 years [as underlined by their being more than twice the number of USA citizens TODAY who label themselves as Irish and Swedish Americans, than the current population of Ireland or Sweden] whereas shouldn’t we be consciously focusing on embracing our African ethnicity?

What about the fact that in every census to date of our community in the USA with regard to how we would like to label ourselves, African has beaten Coloured, Negro [why are the Rap artists not only keeping the Nword alive/constantly bringing it to the fore, TODAY] and Black by a considerable margin as a rationalization of the fact that we cannot be as specific as the Italians, Greeks and Germans etc with regard to which part of our original home [the African continent we originate from], we’re from?

What use are the majority of “Black Studies/Black History/Black Culture courses if the people constructing them are genuinely unaware of the fact that language is the operating system of the human brain/CPU in a similar manner to Windows XP, Vista, 7 and 8 is for computers; which is why one has to be consciously selective with regard to how it is used to dissemina te uplifting TRUTHS/ KNOWLEDGE as opposed to the current onslaught of very poisonous negativity to all of our people in general, our youth/future/specifically?

For example being Africanlisted, being Africanballed out of a clique, losing all power [especially electrically] for whatever reason isn’t an Africanout, nor does anyone state that they’re not wearing a piece of clothing because it is African with dirt, it isn’t standard practice to lament when things have gone horribly wrong that it is a really African Day and no one has ever been jailed because there has been conclusive proof that they are an Africanmailer, whereas doesn’t substituting the word BLACK into all of these contexts place one on as standard on a sliding/increasing scale of very very inconvenient GRIEF?

It is not too late, is it, for both prominent individuals and the African collective with regard to being far more carefully selective with regard to the language we utilize to describe ourselves with ALL of our programmes going out as African Studies/ History/Culture Lecture Series etc, with regard to the African experience from an African perspective, thus at least starting out on the right foot as opposed to continuing to inject very easily avoidable negativity/rubbish as standard, into the minds of the people we’re aspiring to uplift?

I am not just being pedantic, this is very important as underlined by the glitzy looking Black Cultural Archive whch opened in Brixton/South London [June 2014] not being the African Cultural Archive [THEY must just be laughing at us when even our alleged intelligentsia/elite are genuinely so totally baffled and confused]; in that my/this rationale/ perspective isn’t ROCKET SCIENCE, is it?


Isn’t ANYONE who genuinely believes they are not programmed
graphically illustrating that their programming is COMPLETE?​ 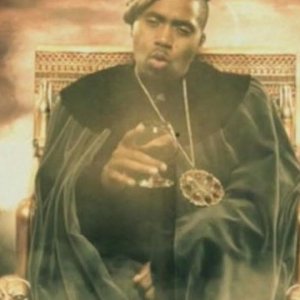