There is a growing consensus among scholars that the Gospel of Thomas – discovered over a half century ago in the Egyptian desert – dates to the very beginnings of the Christian era and may well have taken first form before any of the four traditional canonical Gospels. During the first few decades after its discovery several voices representing established orthodox biases argued that the Gospel of Thomas (abbreviated, GTh) was a late-second or third century Gnostic forgery. Scholars currently involved in Thomas studies now largely reject that view, though such arguments will still be heard from orthodox apologists and are encountered in some of the earlier publications about Thomas.

Today most students would agree that the Gospel of Thomas has opened a new perspective on the first voice of the Christian tradition. Recent studies centered on GTh have led to a stark reappraisal of the forces and events forming "orthodoxy" during the second and third centuries. But more importantly, the Gospel of Thomas is awakening interest in a forgotten spiritual legacy of Christian culture. The incipit (or "beginning words") of Thomas invite each of us "who has ears to hear" to join in a unique quest:

These are the hidden words that the living Jesus spoke, and that Didymos Judas Thomas wrote down. And He said: "Whoever finds the meaning of these words will not taste death."


Jesus said, "If your leaders say to you, 'Look, the (Father's) kingdom is in the sky,' then the birds of the sky will precede you. If they say to you, 'It is in the sea,' then the fish will precede you. Rather, the (Father's) kingdom is within you and it is outside you.When you know yourselves, then you will be known, and you will understand that you are children of the living Father. But if you do not know yourselves, then you live in poverty, and you are the poverty."


Jesus said to them, "If you fast, you will bring sin upon yourselves, and if you pray, you will be condemned, and if you give to charity, you will harm your spirits. When you go into any region and walk about in the countryside, when people take you in, eat what they serve you and heal the sick among them. After all, what goes into your mouth will not defile you; rather, it's what comes out of your mouth that will defile you."


Jesus said, "Whoever drinks from my mouth will become like me; I myself shall become that person, and the hidden things will be revealed to him."


His disciples said to him, "When will the kingdom come?" "It will not come by watching for it. It will not be said, 'Look, here!' or 'Look, there!' Rather, the Father's kingdom is spread out upon the earth, and people don't see it."

means twin. Some speculate that he and Iyesu were twin brothers. What say you?

Fine1952 said:
means twin. Some speculate that he and Iyesu were twin brothers. What say you?
Click to expand...

108. Jesus said, "Whoever drinks from my mouth will become like me; I myself shall become that person, and the hidden things will be revealed to him."

Thomas was not Yeshua's physical twin...but he had "drank from his mouth" and was a "twin" in spirit. 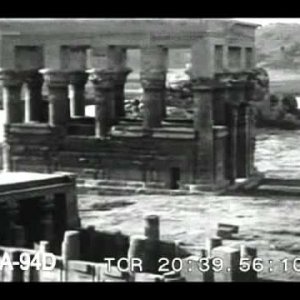