There is no god worthy of worship except God and Muhammad is His messenger. This declaration of faith is called the Shahada, a simple formula which all the faithful pronounce. In Arabic, the first part is la ilaha illa Llah - 'there is no god except God'; ilaha (god) can refer to anything which we may be tempted to put in place of God - wealth, power, and the like. Then comes illa Llah: 'except God', the source of all Creation. The second part of the Shahada is Muhammadun rasulu'Llah: 'Muhammad is the messenger of God.'​
Salah - ( Prayer )​

One of the most important principles of Islam is that all things belong to God, and that wealth is therefore held by human beings in trust. The word zakat means both 'purification' and 'growth'. Our possessions are purified by setting aside a proportion for those in need, and, like the pruning of plants, this cutting back balances and encourages new growth.​
​
Each Muslim calculates his or her own zakat individually. For most purposes this involves the payment each year of two and a half percent of one's capital.Zakat keeps the money flowing within a society, Cairo. A pious person may also give as much as he or she pleases as sadaqa, and does so preferably in secret. Although this word can be translated as 'voluntary charity' it has a wider meaning. The Prophet said 'even meeting your brother with a cheerful face is charity.'​
​
The Prophet said: 'Charity is a necessity for every Muslim. ' He was asked: 'What if a person has nothing?' The Prophet replied: 'He should work with his own hands for his benefit and then give something out of such earnings in charity.' The Companions asked: 'What if he is not able to work?' The Prophet said: 'He should help poor and needy persons.' The Companions further asked 'What if he cannot do even that?' The Prophet said 'He should urge others to do good.' The Companions said 'What if he lacks that also?' The Prophet said 'He should check himself from doing evil. That is also charity.'​
Saum - ( Fasting )​

Every year in the month of Ramadan, all Muslims fast from first light until sundown, abstaining from food, drink, and sexual relations. Those who are sick, elderly, or on a journey, and women who are pregnant or nursing are permitted to break the fast and make up an equal number of days later in the year. If they are physically unable to do this, they must feed a needy person for every day missed. Children begin to fast (and to observe the prayer) from puberty, although many start earlier.​
​
​
Although the fast is most beneficial to the health, it is regarded principally as a method of self purification. By cutting oneself off from worldly comforts, even for a short time, a fasting person gains true sympathy with those who go hungry as well as growth in one's spiritual life.​
​
Hajj - ( Pilgrimage )​ 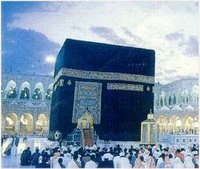 The annual pilgrimage to Makkah - the Hajj - is an obligation only for those who are physically and financially able to perform it. Nevertheless, about two million people go to Makkah each year from every corner of the globe providing a unique opportunity for those of different nations to meet one another. Although Makkah is always filled with visitors, the annual Hajj begins in the twelfth month of the Islamic year (which is lunar, not solar, so that Hajj and Ramadan fall sometimes in summer, sometimes in winter). Pilgrims wear special clothes: simple garments which strip away distinctions of class and culture, so that all stand equal before God.​
​
The rites of the Hajj, which are of Abrahamic origin, include circling the Ka'ba seven times, and going seven times between the mountains of Safa and Marwa as did Hagar during her search for water. Then the pilgrims stand together on the wide plain of Arafa and join in prayers for God's forgiveness, in what is often thought of as a preview of the Last Judgment.​
​
In previous centuries the Hajj was an arduous undertaking. Today, however, Saudi Arabia provides millions of people with water, modern transport, and the most up-to-date health facilities.​ 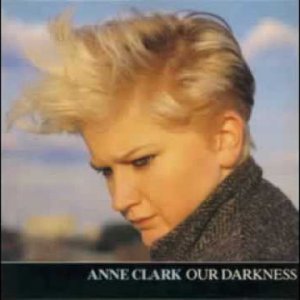