The New Testament Gospels simply mean “Good news of military victory”. The Jews won no war against the Jews so it’s a parody of Josephus writings of War of the Jews (WOJ)66AD-73AD.
The Cross X, as a means of inflicting death in the most cruel and shameful way was used by the Phoenicians , from whom it was passed to the Greeks and Romans in the form of an X T or +. Contrary to popular thought it was the X which had double meaning for the Tenth legion of the Roman army that put Lazarus/Christ to death and the symbol X of Christianity

Church historians report that the writer of the Book of acts and Luke was written by the same person and was greatly dependent upon the writings of Josephus. Luke makes a very interesting statement that links his ideas up with Josephus War of the Jews. Luke states:

“Then Simeon blessed them and said to Mary, his mother: this child is destined to cause the falling and rising of many in Israel, and to be a sign that will be spoken against, so that the thoughts of many hearts will be revealed. And a sword will pierce your own soul too” (Luke 2:33-35

If we go to Mary’s house of Hyssop (Passover sacrifice) in the War of the Jews Book 6 chapter 3 201-219. The 1st match we have of a child sacrifice of Eleazar/Lazarus from which the city where it happened should not be seen by rising of the sun. Titus claimed that this cannibal was in part why god gave him victory over the Jews and prophecy of a star rising resembling a sword ( WOJ Book 6 chap 6.3) over him and in Numbers 24:17-19 and Daniel 7:13-15 applied to him. Plus we have a double and triple match with the sword piercing both Mary’s souls & bowels in the Passover death from the House of Hyssop:

“Did you bring me sacrifices and offerings
Forty years in the desert, O House of Israel
You have lifted up the shrine of Molech
And the star of your god Rephan (Egyptian Remphram (Acts 7:43)

When Jerusalem was besieged by Titus famine set in. Mary snatched her child Lazarus from sucking cut him in half and roasted half his body and saved a very fine portion of it. It was said “while the famine pierced through her very bowels (entrails, guts, stomach) and marrow” (WOJ Book 6 chap 3)

Joe Atwill states:
“The fact that the New Testament’s Mary and the Mary in WOJ both had their heart pierced has, to my knowledge, never been noticed by another scholar. The reason for the oversight is important. Scholars have not noticed the parallel between the two Mary’s because it is more conceptual than linguistic. In the NT, the Greek words making up the phrase are dierchomai psuche while in WOJ they are dia splanchon. Though the words that indicate the piercing through, dia and dierchomai, are linguistically related (the verb dierchomai having the preposition (dia as part of its stem), the words used to describe the part of Mary that was to be pierced through-psuche and splanchon-are different.
Psuche, the word translated in the NT above as “Soul” can also mean “heart” or the seat of emotions. Splanchon, the Greek word that Josephus uses to describe the part of Mary that was pierced through, is translated above as “bowels”, but is in fact a synonym for psuche and can mean either “inward parts”, especially the heart, lungs, live, and kidneys or like psuche, it can mean the seat of emotions. Scholars have not seen this conceptual parallel between the two Mary’s simply because it was created using diffirent words, even though the words mean the same thing”. Caesar’s Messiah by. Joe Atwill p.59

Where’s the stomach: Sexual Immoraility and Food
Both Josephus and Luke claim Both Mary’s saved a fine portion of the stomach contents (Luke 10:38-42 & WOJ Book 6 Chapter 3). The symbol of trinity of the Caesars who created Christianity was The Vesica Piscis, a fish bladder, or the Viscera Penis. We know that Osiris was El-Lazarus too and his penis was eaten by a Nile fish. NT switch Passover meal from animals and people to Manna/Mushrooms=Penis (John 6)

Paul states:
“Everything is permissible for me-but not everything is beneficial. Everything is permissible for me-but I will not be mastered by anything. Food for the stomach and stomach for food-but god will destroy them both. The body is not meant for sexual immorality, but for the lord, and the lord for the body. By his power god raised the lord from the dead…do you not know that your bodies are member of Christ himself” (1 Cor 6: 12-15). This process is by the Eucharist cannibalizing Jesus/Lazarus by eating his Penis or manna. From an essay written by Joe Atwill I see a match between Food/sex & sin and can be the only thing Paul was talking about.

First we must note that Lazarus/Eleazar (they made him a supper (John 12:2) which matches him with War of the Jews 6, 201-219. Lazarus was not restored to life but merely raised his decomposing body from the ground. First we must understand that Christ Jesus was a title that was used by Lazarus. Just read Mark 14:3 and John 12: 1-9 where they talk of putting oil on Jesus/Lazarus head it’s the same oil for the same person, its interchangeable. Judas objects to the use of the expensive oil because it can be used for the poor. Judas states that the oil/head could have sold for more than 300 denarii or more than a years wage was 1 denarii per day. (Mark 14:5). The basis for the price he is asking is found in 2 Kings 6:25 (due to famine) where the price of an ***’s head is said to be 80 shekels. As a shekel was worth 4 denarii, the head would have fetched was 320 denarii= 80 x 4=320 which fits with Judas saying it was worth more that 300.

The theme describing Lazarus’s body parts continues in John 12:12-19 as following the “Anointing party’ Jesus is said to have previously found (the past tense) a ‘young ***’ to sit upon. [“Then Jesus six days before Passover came to Bethany, where Lazarus was which had been dead, whom he raised from the dead. There they made him a supper; and Martha served: but Lazarus was one of them that sat at the Table him” Notice that in John chapter 12 Lazarus is said to be ‘reclining’-the only way the dead can posture-hence he was easy to be ‘sat upon. I must note that there is an unfortunate sexual ‘innuendo’ behind the image as the Romans sought to humiliate the Jewish Christ in the most extreme (and to them comic) manner possible. The gospel author’s narration immediately following Lazaru’s butchering and being ‘sat upon’ by Jesus is a masterpiece of sarcasm and double meaning. (Shakespeare Secret Messiah by Joe Atwill p.377

Notes:
Punishment for Sins by eating flesh of your own children (Leviticus 26:29)
During siege you will cannibalized children (Deuteronomy 28: 53)
Eat half of your human flesh (Isaiah 44)
Seized of Jerusalem symbolized Famine & eating human **** (Ezekiel 4)
All of these incidents happened when Titus seized Jerusalem 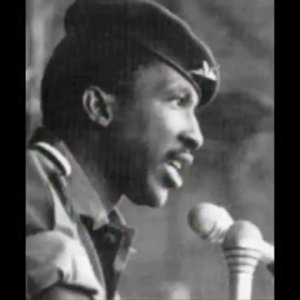