Black People : The Emasculation of Men ( Are Men Today Becoming TOO Feminine)?

asmith161718 said:
I think that if a person consumes the proper amount of protein, and enough calories every day as well as B vitamins that it can lead to a very stable mental state that will allow a person to make good decisions maybe even in teenagers. Proper nutrition and mental stability goes hand in hand.
Click to expand...

I appreciate your taking some time to respond to this thread. Proper nutrition and mental stability do go hand in hand for sports athletes or if one is a health buff however. what do you think leads to the femininity in a large number of today's male population.

Sister Fine 1952, I have not known you to be short on words.

Would you mind elaborating just a minuscule on your YES?

With the exception of Denzel Washington and Dave Chappelle, every other leading black man that can be considered a heavy hitter in Hollywood has been put in a dress and/or makeup at some point in their career, and Mr. Diggs represents the second tier of black male actors on the rise. One must also ask the question, why was it such an issue with Dave Chappelle? Yes, men other than blacks have been put in drag, but one must be aware of the dynamic at play in order to understand why it has a different impact on the black community. No other group of men in the world have been marginalized more than black men. We are the victims of m... ... middle of paper ... ...thing is that without the black collective each of these black men remain at the mercy of the white system that supplied their success, and at some point they will be reminded of it. Ask Bill Cosby.

Understand that although black women have the spiritual power to bring about elevation in the black collective, without the masculine energy and leadership of the black man, we will never build the momentum to move forward. This is why there is such a high conscious level in the black community, but no real progress.

The Feminization of the Black Male Image

One of the problems that blacks have that contributes to our consistent position at the bottom of the socioeconomic ladder is our proclivity to engage everything through the lens of emotionalism and individualism. We look at how we feel and how things impact our own personal worldview and lifestyle. We rarely engage any significant issue through a paradigm of collectivism and rationalism. This places us at a significant disadvantage when attempting to evaluate any dilemma that we are facing. The truth is that there has been a deliberate and consistent campaign to feminize, emasculate and even homosexualize (newly coined) the black male image. Although this extends far beyond the entertainment world, it will do well to keep the focus here for maximum elucidation. 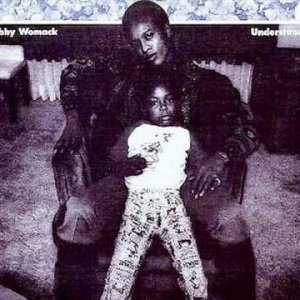