Black People : THE DUTIES OF A LEADER...

Leaders are people who raise the standards by which they judge themselves, and by which they are willing to be judged. The goal chosen, the objective selected, the requirements imposed, are not merely for their followers alone. They develop with consummate energy and devotion their own skill and knowledge in order to reach the standards they themselves have set. His whole-hearted acceptance of the demands imposed by ever-higher standards is the basis of all human progress. A love of high quality, we must remember, is essential in a leader.

Dependability is another requirement in a leader. To be dependable is to be willing to accept responsibility, and to carry it out faithfully. A leader will always be willing to take counsel from his people, but will often have to act on what his own mind tells him is right. This demands that the leader has trained himself out of any inordinate fear of making mistakes.

To embark successfully on a career involving leadership demands a courageous and determined spirit. Once a person has decided upon his life work, and is assured that in doing the work for which he is best endowed and equipped, he is filling a vital need. What he then needs is faith and integrity, coupled with a courageous spirit, so that – no longer preferring himself to the fulfillment of his task – he may address himself to the problems he must solve in order to be effective.

One mark of the great leader is that he feels sufficiently secure to devote his thought and attention to the well being of his subordinates and the perfection of his task, rather than being constantly worried about the approval or disapproval of others.

He who would be a leader must pay the price in self-discipline and moral restraint. This entails the correction and improvement of personal character, and the checking of passions and desires, and an exemplary control of one’s bodily needs and drives. Leaders have to submit themselves to a stricter self-discipline, and develop a more exemplary moral character than is expected of others. To be first in place, one must be first in merit as well.

It should not surprise us then, to find that the greater number of acknowledged leaders have been people who trained themselves in the art of discipline and obedience. He who has not learned to render prompt and willing service to others will find it difficult to win and keep the goodwill and cooperation of his subordinates.

Furthermore, a leader must possess initiative, which is the creative ability to think in new ways and do new things. The leader has to always stay ahead. He cannot afford to set up a procedure, and then fold his hands and linger lazily watching it work. He cannot be content merely to see new trends and take advantage of them. He must keep his imagination vividly alive, so as to originate ideas and start trends.

(A word of warning is in order here. To help one’s subordinates or dependents at the cost of harm to the public is tantamount to sacrilege and blasphemy. It is unfortunate that many in positions of leadership – both great and small – have been found guilty of such practices.)

A good leader is devoted to his work and will willingly forego even the demands of sleep to see its accomplishment. This does not mean that he is impetuous. On the other hand, he maintains a balance between emotional drive and sound thinking. His labors, which sometimes appear excessive, derive from his firm realization that unless a man undertakes more than he can possibly do, he will never be able to do all he can do. It is his enthusiasm that stimulates his energy.

No matter what our point of departure in speaking of leadership, we reach the inescapable conclusion that the art of leadership consists in the ability to make people want to work for you, when they are really under no obligation to do so.

The true leader is one who realizes by faith that he is an instrument in the hands of God, and dedicates himself to be a guide and inspirer of the nobler sentiments and aspirations of the people. He will kindle interest, teach, aid, correct and inspire. Those whom he leads will cooperate with him in maintaining discipline for the good of the group. He will instruct his followers which to strive, and create in them a sense of mutual effort for attaining the goal.


(Excerpted from a speech by Emperor Haile Selassie I in 1959.)
A

theirs great power in this piece of info.....
we all need to know the true truth of leadership
and the standard it pose ...
thanks for this here
Poetic flow, Poetry of a poet! Be a Premium member today and enjoy all the fruits .

One mark of the great leader is that he feels sufficiently secure to devote his thought and attention to the well being of his subordinates and the perfection of his task, rather than being constantly worried about the approval or disapproval of others... 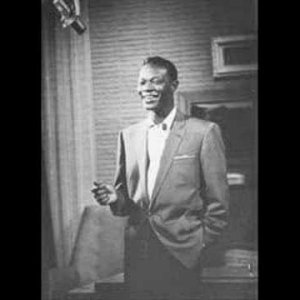