Brother AACOOLDRE : The Duties of a Christ: From the OT to the NT

THE DUTIES OF A CHRIST: From the OT to the NT

There’s no bridge between the OT and NT with its duties and responsibilities of a Christ figure. The title Christ was applied in the OT to people like Moses & Cyrus who released people from slavery, political oppression and physical harm.

The Title Christ wasn’t about salvation from sins. It was the individuals responsibility to repent from sin by faith and works of righteousness.

Paul wasn’t teaching about the Christ in the OT because his brand of Christianity was in part based on Stoicism of accepting slavery, political oppression and physical harm and tricked people into believing they could drop works from their faith for redemption of sins. Paul was exactly like the Greek Hermes who used trickery to win over people in the matters of religion. Living in dreams calling it revelation with tenets preceding it, a rehash of other religions.

In order to accomplish his goals Paul only had to follow the model of the Ptolemy’s who took over Egypt when they came up with Serapis-Christus by combing Osiris name with the Apis bull.

Serapis- Christus. Notice the five hair locks coming down to his forehead from a Cup on top of his head. Christians would later tweak it with long curly hair with a beard.

Some of the attributes of Christus epithet meaning “Good, virtuous, useful or Easy as at Matthew 11:30 we see ‘For my yoke (Bond/Slavery) is easy, and my burden is light”.

We meet these attributes again in conjunction with bonds/yoke we have Onesimus, a name meaning “useful” is useless to Paul until he comes in under the fold of Serapis-Christus see Philemon 1:8-13.

In 135AD the Emperor Hadrian wrote that the followers of Christianity worshiped Serapis. In Acts 18: 1-4 it states Emperor Claudius ordered all the Jews to leave Rome. Roman historian Suetonius confirms this when he states: “Because the Jews at Rome caused continuous disturbances at the instigation of Chrestus”. I take this as a follower of Serapis-Christus.

“In John’s gospels (5:1-13) depicts Jesus as curing a man at the pool of Bethesda, the precise location of the miraculous medicinal baths where clients of the god Serapis (Asclepius) gathered in hope of healing. Interesting, John (5:2) describes the pool as having “Five porticoes” (recall the five locks of hair), and the only building at the site with five porches apparently was the sanctuary of Serapis. No one besides John had mentioned this large structure with five porches at Jerusalem. Archaeologist have dug up this site and found shrines to the Greek god of healing Asclepius”. (Who Was Jesus By DM Murdock p. 231-232)

After Vespasian and Titus destroyed Jerusalem they decided to continue on with the policy and model of the Ptolemy’s fusing a hybrid of Serapis- Christus. Lets read Suetonius biography of Vespasian going to Egypt in the temple of Serapis and doing a cure of spiting in a blind man’s eyes and helping him see is the same parody and cameo appearance of Vespasian as Christ in (John 9:6 & Mark 8:22-24). The rest of Jesus ministry is just a parody of Titus military campaign. That was the father and son and the terrible spirit known as Domitian.

The New duties of the Christ in the gospels where a 180 degree of difference between the Christ/messiah in the OT and in the Dead Sea Scrolls. Christians were to submit to their masters in slavery, political oppression and Physical harm and abuse and love it, count it all for joy. What we have here are puppets for the Roman Empire masquerading as a religion.

Christianity wasn’t trying to get relief from political oppression, slavery or Physical harm like the Christ figures in the OT were. For evidence see 1 Timothy 6:1, Titus 2:9, we can’t forget turn the other cheek Stoicism jazz. Paul’s Christianity wants you to roll over like a dog and take it. He then glues his religious writings on to the Torah giving the visual illusion of his Frankenstein religious, a composite of several pagan deities. And after the doctor’s work is done we have this:

With Paul speaking like Hermes (Acts 14:12). In Egypt Hermes was known as Thoth a god of medicine. Paul takes this role of healing with his handkerchiefs (Acts 19:12).

The Hippocratic Oath doctors take is based on Egyptians Gods.

Aesop in his fables make Hermes out to be as the ruler of the gate of prophetic dreams. This was the context of Paul/Saul vision he had of Jesus because he didn’t confer with flesh and blood; but being in contradiction with Jesus family members they X out of his family tree. 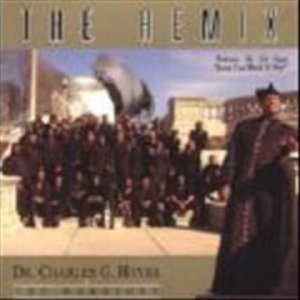