Black People : The Destruction Of The Black Afrikan Woman

The Destruction Of The Black Afrikan Woman!!!

The Black Woman no longer favor herself she reveal no longer the spirit of the goddess she once were, she now reveal the character of being unenchanting, no joy, always full of anger without satisfaction, she now reveal herself to be not the goddess nature designed her to be as she today shows no compassion but is without the spirit that project her feminine traits wanting to appear herself as a uncaring angry Black woman revealing the spirit the mind that Lucifer conditioned her to be guided by, a Mind that prevent her from being the proud wisem strong Black Afrikan Goddess, she who is the naturally designed to be the strength of the Black Afrikan Family World.

Even the strength that comes with that Blackness is fake today that the Black woman wears reluctantly using it as a weapon serving as a two edge sword, as convenience and as a political assess, whatever the occasion calls for it to be used, her Black pigment I am referring too, which comes now in various prisms of appearance, most popular accepted being that of the mulatto appearance which bring into question her Blackness at her convenience.

Let me state emphatically, right out of the Divine Gate of Truth do I come, which is that I do invoke the exception rule when I share this Divine Truth concerning the Black Afrikan Woman but is no longer Afrikan anymore she has undergone a Mental underhaul that have her behaving as she does today, full of anger and defiance toward her Blackness and toward all who wear that Black pigment with pride.

When that white racist prejudice Luciferian Human Being was allowed to enter the space of the Universal Black Cosmic Divine Being, the Mental compass of the Black Divine Woman became the target for Mental destruction , because Lucifer saw where therein lies the Power of the Black Afrikan Divine Family Nation, Universally and Domestically, from the level of the nucleus Family to the central Universal presence of the Black Divine world of Divine perpetuity..

Not anymore is there a coveted Black Afrikan Family World, the center of its power has been compromised and no longer is with the Divine reputation once enjoyed in and by the Divine Family Black Structure, all because that white racist prejudice Luciferian Human Being was allowed to enter the innersantium of the Divine of Diviness, the Mind of the Black Divine Goddess, Queen of the Black Universal Divine World and interfered with the Divine inner function of the Black Afrikan Divine Woman Mind that was with precision, motional life that operated with Harmony, Order, and Balance using the method of Universal Circle Divine Thoughtful Thinking, which she was the Divine authority with ability to perform such a Divine Task of Mental performance, she being the center of power in the Family performance, the Divine Strength of the Black Divine Universal Family structure!!!

That lying deceiving Luciferian Human Being now sit in the proverbial seat of the Black Afrikan woman Mind guiding the Black Afrikan Nation to be a Nation united no more as the two who once performed as one now reveal the weakness between the two of them because there is no more One of them to harmonise in order with balance and to remain independent in the performing as a Divine Nucleus Black Afrikan Universal Family for there is only One Black Divine Universal Family that stretches into Infinity beloved it being the Divine Black Universal Family, that's you, Black Woman and Man, you who has allowed that racist devil into the innersantium of your Divine Mind and now look at your no thinking Black behind, yes Woman and Man being victims of the evil that come forth from that lying deceiving devil of a white racist Luciferian Human Being who you now pattern your Black living ways after today!!!

The Reunification of the Universal Black Afrikan family come not by domestic social, political, economic, religious interaction, such principles are the creation of that white racist Luciferian Human Being, the salvation of the Black Afrikan Divine Universal Being comes from having the mastery of using universal thought, a quality of Mind that perform in the circle of Common **** Sense with Thinking ability beloved, such a mind have you with knowledge of what Reparation/Repatriation means to the Black Afrikan World, it being the representative of Freedom and there is nothing ever greater than Freedom for it is Freedom in which the Divine Essence, the Greater Good-God reside, beloved, and be the only presence capable of returning the Black Afrikan woman back into the circle of her Mental Divinity which is needed if there ever is to be a union Government in Afrika again which can't be without there being unity of mind between the Black Afrikan Woman and Man which the two today is like mind apart, no harmon, no order, no balance of Divine thought caused by white racist oligarchs who now is in control of the mind of most Black Afrikan leadership they having no thought of freedom to ever be in Afrika!!!

My, What A Helluva State Of Mind For The Black Afrikan Woman To Be In Today, Beloved.

Would you please stop using the expression "Black Afrikan"?! What other color is there? Black is the starting criteria! Europeans in South Afrika are claiming to be Afrikans! They have set up white only communities/schools that bar Afrikans!!! Do you recognize Europeans as Afrikans?!

Black People : Chancellor Williams:Religion and the Destruction of Black Civilization

P
Black People : The Destruction of the Black Middle Class
6 7 8

Black People : Race and Destruction in Black and White
2 3 4

Black People : Destruction Of The City Of Detroit
6 7 8

I
Black People : Debtocracy and Catastroika: the destruction of a nation 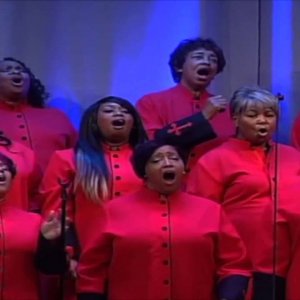