Black People : The Department of Education Czar and the militarization of Children

the military industrial complex will trudge on with renewed vigor after the presidents statement of seeking so called terrorists in over 40 nations.

The military use of Haiti for war games after the earthquake could be a wake up call, and the move towards AFRICOM also seems inevitable.

And the ascendancy and prominence of more and more violent, and bloody video games that seem to emulate actual army , air force, and special forces training CGIs, is evident that they seek to indoctrinate children, at a younger and younger age towards a desire for very physical and up front imperialism and colonization

Since Michael Moore's revealing documentary, Farenhieght 9/11, that exposed how Our children were targeted in the inner cities for recruitment, these efforts have invaded the halls of so called learning


Does our national security rely on top-quality early childhood education?
Yes, say the military leaders of Mission: Readiness, an organization led by retired military commanders that promotes investment in education, child health, and parenting support. In March, Mission: Readiness released national and state-by-state education briefs, declaring that “high-quality early education is not only important for the children it benefits but also critical to ensuring our military’s long-term readiness. . . . Investing in high-quality early education is a matter of national security.”
Actually, the generals are right, but for all the wrong reasons.
They see early childhood education as military readiness training. Mission: Readiness argues that investment in early childhood education for at-risk and low-income children will pay off in higher graduation rates and lower incarceration rates—expanding the pool of potential military recruits. “Recruitment and retention challenges could return if America does not do a better job now of producing more young men and women qualified for service,” says the mission statement on the organization’s website. “We must ensure America’s national security by supporting interventions that will prepare young people for a life of military service and productive citizenship.”
Who are the young people for whom these military leaders are supposedly advocating? Low-income, at-risk children—the pool of children from which the military has traditionally recruited. What sort of education do the generals want for these children? Skill-and-drill, standards-driven, assessment-burdened curriculum that prepares children for skill-and-drill basic training, for standards-driven military discipline, for test-based military promotion. The generals’ aim is to prepare low-income children to be soldiers, trained from their youngest years to follow directions and to comply with the strictures issued by the ranking authority. That’s not high-quality education; that’s utilitarian education designed to serve military and economic needs.
http://www.commondreams.org/view/2011/06/08

Published on Wednesday, January 4, 2012 by CommonDreams.org

by Pat Elder
The invasion of student privacy associated with military testing in U.S. high schools has been well documented by mainstream media sources, like USA Today and NPR Radio. The practice of mandatory testing, however, continues largely unnoticed.
The Armed Services Vocational Aptitude Battery, or ASVAB is the military's entrance exam that is given to fresh recruits to determine their aptitude for various military occupations. The test is also used as a recruiting tool in 12,000 high schools across the country. The 3 hour test is used by military recruiting services to gain sensitive, personal information on more than 660,000 high school students across the country every year, the vast majority of whom are under the age of 18. Students typically are given the test at school without parental knowledge or consent. The school-based ASVAB Career Exploration Program is among the military's most effective recruiting tools.
In roughly 11,000 high schools where the ASVAB is administered, students are strongly encouraged to take the test for its alleged value as a career exploration tool, but in more than 1,000 schools, according to information received from the U.S. Military Entrance Processing Command through a Freedom of Information Act request, tens of thousands of students are required to take it. It is a particularly egregious violation of civil liberties that has been going on almost entirely unnoticed since the late 1960's.

Federal laws strictly monitor the release of student information, but the military manages to circumvent these laws with the administration of the ASVAB. In fact, ASVAB test results are the only student information that leaves U.S. schools without the opportunity provided for parental consent.
Aside from managing to evade the constraints of federal law, the military may also be violating many state laws on student privacy when it administers the ASVAB in public high schools. Students taking the ASVAB are required to furnish their social security numbers for the tests to be processed, even though many state laws specifically forbid such information being released without parental consent. In addition, the ASVAB requires under-aged students to sign a privacy release statement, a practice that may also be prohibited by many state laws.
A typical school announcement reads, "All Juniors will report to the cafeteria on Monday at 8:10 a.m. to take the Armed Services Vocational Aptitude Battery. Whether you’re planning on college, a technical school, or you’re just not sure yet, the ASVAB Career Exploration Program can provide you with important information about your skills, abilities and interests – and help put you on the right course for a satisfying career!" This announcement or one very similar to it greets students in more than a thousand high schools across the country. There's no mention of the military or the primary purpose of the test, which is to find leads for recruiters.
http://www.commondreams.org/view/2012/01/04-0?print

Black People : Ed Department might use another source of fed money to give school staff access to guns and training

Black People : Department of Justice to Sue Ferguson, Which Reversed Course on Agreement 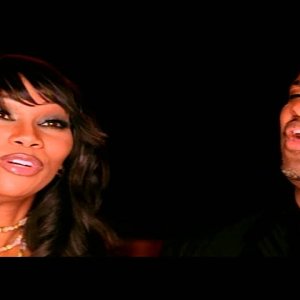