THE COURT SYSTEM IN EGYPT: Any traces left in the Bible?

(The Egyptians are reputed to be the most ancient people, and they have always had laws and a constitutional system. Thus we ought to make full use of what has already been discovered-Aristotle The Politics Book 7:1329b25. Aristotle also states that a Lawgiver can guide us toward virtue if they live in a mid-position of a warm region between a Hot & Cold climate (Book 7:1327I8). We shall ironically see that even opposites occasionaly function as paraells.

Diodorus of Sicily, a Greek historian writing around 50bc, talks about the ancient Egyptian court system:

“This was the manner, as their account goes, in which the Egyptians conducted all court proceedings, since they believed that if advocates were allowed to speak they would greatly becloud the justice of a case; for they knew that the clever devises of orators, the cunning witchery of their delivery, and the tears of the accused would influence many to overlook the severity of the laws and the strictness of truth; at any rate they were aware that men who are highly respected as judges are often carried away by the eloquence of the advocates, either because they are deceived , or because they are won over by the speakers charm, or because the emotion of pity has been aroused in them; but by having the parties to a suit present their pleas in writing”. The Egyptians wanted to put everyone on a equal footing between gifted speakers and slower ones or the well-practiced over the inexperienced. (Book 1:76) basically the Judges did not want to hear them and its ironic that today our court proceedings are called “Hearings”.

Hear no Evil; See no evil

Not only did the judges not want to hear you but metaphorically they didn’t want to see you. In Egypt Tefnut-Maat is sometime represented having her eyes closed to ensure equal justice for all. Maat is often shown in a double form representing the two opposing sides of a litigation, because the scale of justice cannot balance without the equality of the opposing forces. When judged your heart had to balance against a feather of truth. The Stoics would have loved this sort of behavior inside and outside of court of being without passion that could lead to a hot or cold sin. Nevertheless, they were lampooned as being wretched and pitiful (miserable/unhappy).

I had to lay out these bare facts to start up a foundation of explaining my thesis of the Lukewarm church of Laodicea. Contrary to common belief the first Christians were the Marcionites (Gnostic) not the Catholics and they wrote an Epistle to the Laodiceans:

“…to the brethren which are at Laodicea…continue and persevere in good works looking for that which is promised in the day of judgment”.

But in the book of Rev chapter 3 presents the church of laodiceans as needing to repent and to wear white clothes (symbol of righteousness see Rev 19:8).

I have two independent sources linking the white clothes with a Greek word Leukos and the name of Luke (Loukas)=Lucan=Leukos.

Leukos means light or white relating to vision. I always suspected that Loukas was a pun for Leukomas, disorder of the eye of white spots or clouds.

I will present Exhibit A and B and if both are correct Lukewarm can’t be considered negative because both are related to light, bright of righteousness. The Egyptians wanted you to veil your eyes to do Justice, the Marcionites said the Lukewarm church was doing good deeds. And it was wrong to use just the Latin word Tepidus (warm) and transform it to Tepid=relating it to Lukewarm. Luke is a separate word from Tepidus (warm).

Two characters of Homer’s work are related to Luke (Leukos) ILLIAD 4:489-500 & Odyssey 5:333-500. The former is the male Luke (Leukos) who is accidently killed and Justice is carried out by spearing and clouding the eyes of the killer. The latter is female Luke (Leucothea) white water/foam who takes the veil off her face so that Odysseus could use it as sail on his plank/beam raft and end his misery when he see Land & Tree’s. I found Leucothea interesting because she is linked with Ino in the exchange of black for white clothes. We have a possible literary link with the Lukewarm church who are told to put on white clothes. The city became rich in selling glossy black wool. I hope I’m not out of line venturing into the abyss. Bible schorlas like Dennis macdonald has exposed the Gospel of mark, Luke-acts as imitating Homer (see Does the new Testament imitate Homer). Now back to the exhibits.

There are several hypotheses on the origin of the name Lucania, inhabited by Lucani, an Osco-Samnite population from central Italy. Lucania might be derived from Greek λευκός, leukos meaning "white", cognate of Latin lux ("light"). According to another hypothesis, Lucania might be derived from Latin word lucus meaning "sacred wood" (cognate of lucere), or from Greek λύκος, lykos meaning "wolf"


Aristotle said Health was a balance between the Hot & Cold and stoic writer Pliny the Elder said good eyesight was protected from the Hot & Cold. Lukewarm, a metaphor for eyesight or a deed, was said to be neither Hot or cold.

They were doing righteous deeds because they were acting like judges and not letting themselves slip to the emotion or passion of pity. We know this is the most likely context because Rev 3 takes the opposite swing and calls the Lukewarm church Wretched and pitiful, a term used against the Stoics has having no passion. The Stoics were said to only have faith in their resources instead of faith. The city of Laodicea was independent and capable of rebuilding their city when it was hit with an earthquake. They said: We are rich in need of nothing Rev: 3:17.


Josephus equates the Pharisee’s with the Stoics as kin (see Life 2:12)

The Pharisees were judges and magistrates in the city of Laodicea see ANTIQUTIES OF THE JEWS XII. 3.4 & XIV.10, 20.

So how does Jesus presents the Pharisee’s

12 Then the disciples came to him and asked, “Do you know that the Pharisees were offended when they heard this?”

13 He replied, “Every plant that my heavenly Father has not planted will be pulled up by the roots. 14 Leave them; they are blind guides.[a] If the blind lead the blind, both will fall into a pit.”


Prior to this saying Jesus links Judging others with being Blind:

7 “Do not judge, or you too will be judged. 2 For in the same way you judge others, you will be judged, and with the measure you use, it will be measured to you.

There is a possible literary comparison of the above quote with the story of Tefnut-Maat who helps save the eyes of Ra by first lifting it up out of the water with the help of her brother Shu and then removing the Clouds (Bushes) from his eyes. Both words are used a Bush is a collection of small branches, shrubs (pieces of wood). Matthew appears to be doing an opposite parallel to transvalue or otherwise rival the Egyptian model.

We also have the miracle of Jesus curing a blind man in a two-step process of spitting in the eyes then the person saw men like tree’s and Jesus put his hand on him again. This two-step process is very similar to Tefnut-Maat. The renown atheist Richard Carrier thinks this miracle is similar to Moses using a piece of wood to transform bitter water into drinkable (Exodus 15:22-26 compared with Mark 7:34-35 & Mark 8: 22-25). Moses miracle is talked about in conjunction of healing of hearing and seeing. Remember the second hypothesis linked Luke/Lucan with a sacred grove/wood of Lucus might be in play. But I love Gary Greenberg works in 101 Myths of the Bible that calls the Tree of knowledge of good and evil that opened the eyes of Adam and Eve Tefnut-Maat.

Christians took the Latin word of Tepidus (warm) and turned it into Tepid. And it gets more interesting when one of the Antonyms for Bitter is Tepid

We have other words for Luke (Leukos) that relate to light:

Lucis (Lucifer) Light. Now if Lukewarm was so bad how come they didn’t call it Luciferwarm?

If you go to the Oxford dictionary Leuk come up to Look and Leuke=League, Luke and lion and all are related to Tefnut-Maat because she was lion-headed, the root of her name was spit, just like lukewarm is spit out and she’s portrayed in a league of family tree with other deities.

Lukewarm is classified as a deed so it can’t be about drinking water but a metaphor of an eye-condition. The Marcionites had it correct in their epistle to the Ladoceans that the lukewarm church was doing good deeds and they had no problem looking for the future judgment. 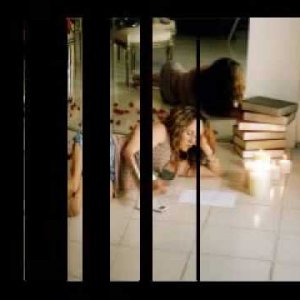